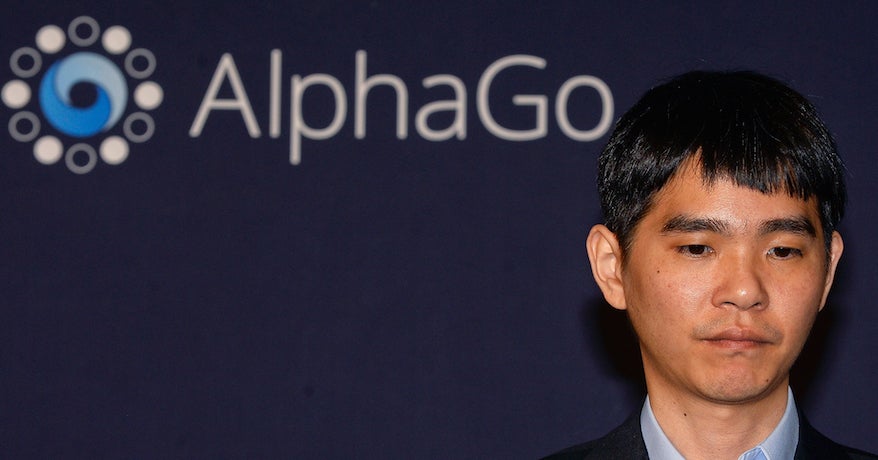 In January, Mark Zuckerberg announced that Facebook was so very close to creating an artificial intelligence machine that could learn to successfully play the ancient Chinese game Go. The very next day, Google trampled all over that dream, and proclaimed that it had already gone and created its own machine. If you thought the competition between the two technology giants might dissipate after Google's victory, however, you would be wrong. In fact, Facebook's sour grapes fermented into one giant, steaming crater of w(h)ine: Throughout the DeepMind challenge, during which Google's AlphaGo machine faced off against human world champion Lee Sedol, Yann LeCun, Facebook's director of artificial intelligence research, lobbed a number of pointed barbs at Google's pet project. 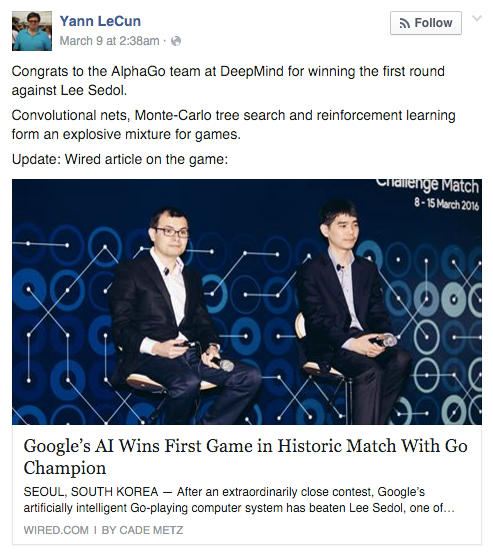 The next one was not! 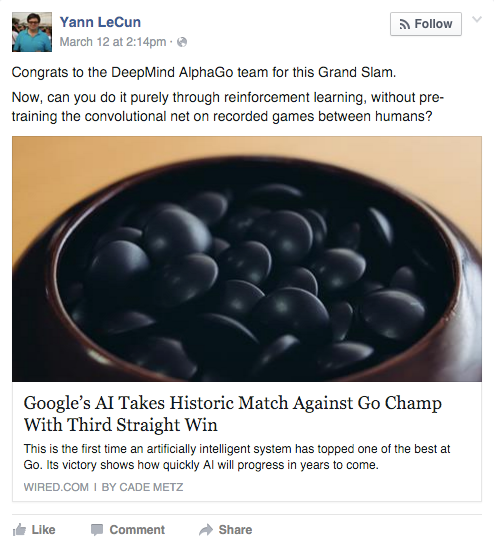 After Sedol won his first (and only) match, LeCun couldn't quite keep the excitement and bad jokes in check: 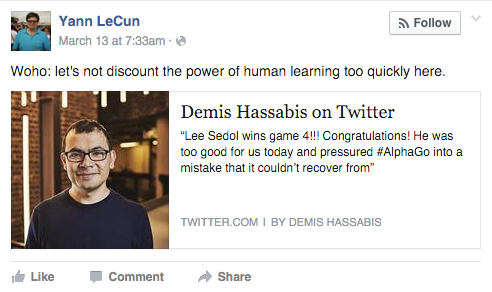 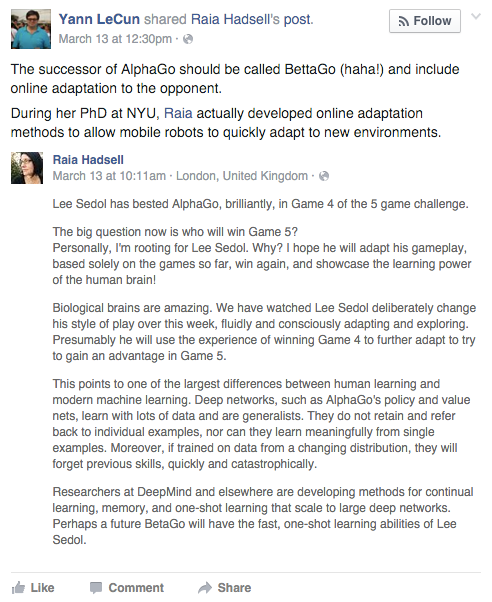 But from there, LeCun launched a cascade of negativity at his Google brethren (and the media — thanks, Yann!): 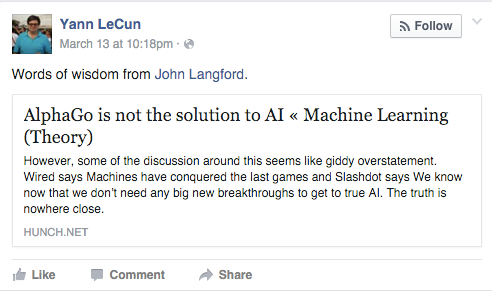 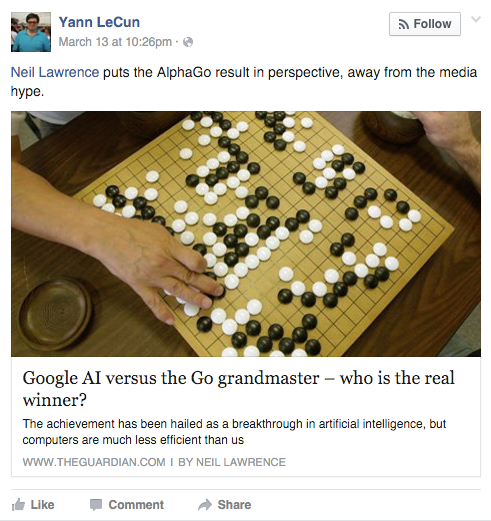 Unfortunately for LeCun, even New York University's Center for Data Science — of which LeCun is the founding director — couldn't keep its giddiness in check.

It's the fight of the century: Google's AI AlphaGo vs. human world champion Lee Sedol, in a five match Go game! ?✊ https://t.co/3n7kIvjrzX

Of course, LeCun doesn't represent all of Facebook, and Mark Zuckerberg, for his part, has been slightly less grouchy. In a March 13 Facebook post, he offered his congratulations to Google's team and praised AlphaGo's third victory as a "historic milestone in AI research".

There's no post yet from LeCun following AlphaGo's fifth and final victory over Lee Sedol, but given how the past few days have played out, expect one soon. Until then, at least he has that puppy meme to fall back on! 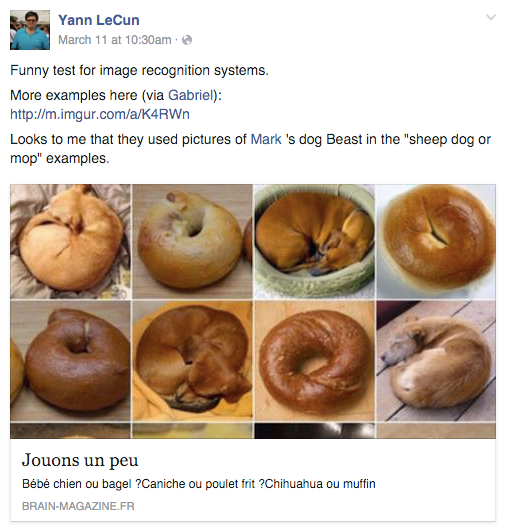