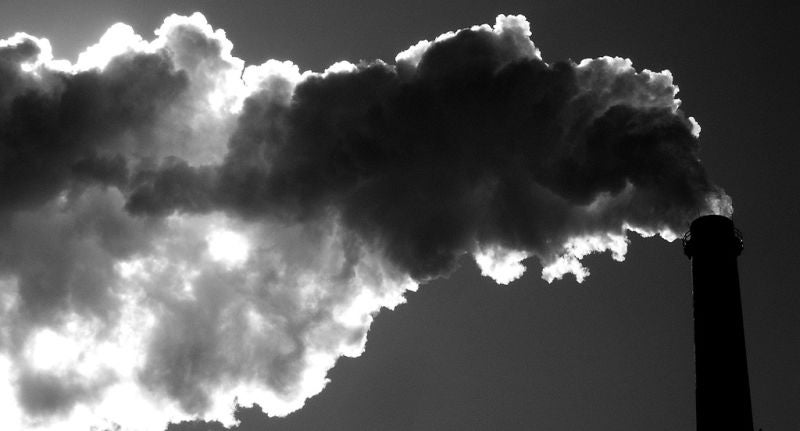 Global temperatures aren't the only thing rising faster than anyone can remember. The same goes for the concentration of CO2 in the atmosphere, according to the latest dispatch from the Mauna Loa Climate Observatory in Hawaii. It's almost as if the two phenomena are related or something. From February 2015 to February 2016, the atmospheric carbon concentration at Mauna Loa — long held as the benchmark for global CO2 levels — rose 3.76 parts per million, marking the largest increase in a 12-month period since the famous Keeling Curve began in 1958. The previous record for a 12-month CO2 increase was made in 1997-1998, when atmospheric carbon concentrations rose 2.82 ppm. That was also the only year in history with an El Niño event that can measure up to this year's Godzilla Niño. 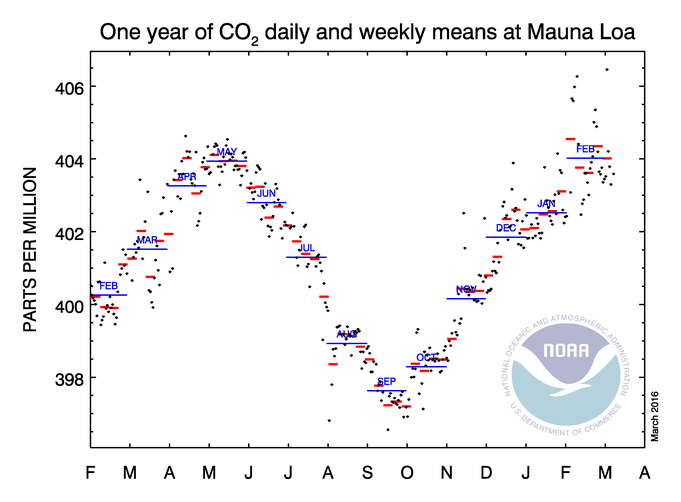 CO2 concentrations at Mauna Loa over the past year. Image Credit: NOAA

In 2013, global atmospheric CO2 concentrations rose above 400 ppm for the first time in approximately 3 million years. Since then, we've been hitting that 400 ppm milestone earlier with each passing year.

One could argue that 400 ppm, as well as the 2C warming milestone recently surpassed in the northern hemisphere, are just that: milestones. They are. Soon, the days when CO2 concentrations ever fall below 400 ppm will be behind us, marking a fundamental shift in our atmosphere that will persist for thousands of years to come. What's scary is the future these milestones represent — and how quickly we seem to be blowing past them with very few people taking note.