A Smartphone Gun Is The Last Thing We Need 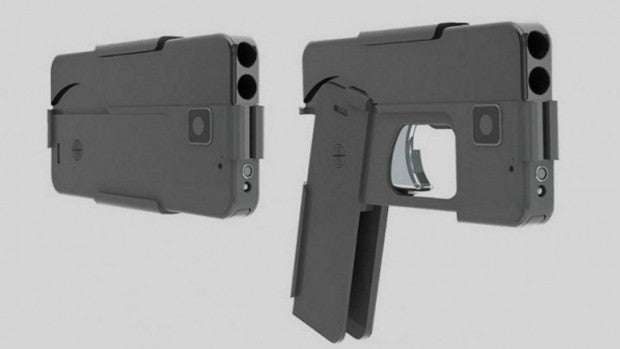 Given the number of people shot by police every year because they were reaching for a "suspicious object", you might think that disguising firearms as everyday objects is a bad idea. But US company Ideal Conceal disagrees — a double-barrelled .308 iPhone is exactly what we need to ensure our safety and freedom.

The concept is simple: when it's folded up, the weapon looks like a smartphone dressed in a chunky case; unfolded, it's ready to fire, with two rounds chambered. Speaking to CNN, the gun's developer made it clear that he wants to make everyday carry more convenient, saying "I thought to myself there's got to be another way to be able to carry without bothering other people."

Of course, there's another side to the problem: aside from the general concern with having every man, woman and child sporting a firearm in public, disguising guns as everyday objects will make police more twitchy, and likely end up with more people shot by law enforcement.

Luckily, the gun is not yet in production, and won't be until the summer. A visa application to Canada just takes a few months.