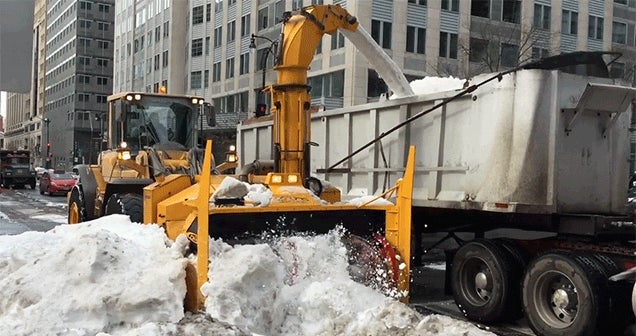 Video: The worst part about a blizzard is the days after when the pristine white gives way to a dirty brownish grey. Where streets that once looked impossibly untouched transform into trampled reminders of our dirty footprint on this here world. I wish you could get that picturesque day of a blizzard and then immediately erase the days after. With this tractor snow blower machine, you can come pretty damn close. Look at it swallow blocks of snow and then spit it out in a fierce stream. Awesome.