Live Video: Watch Astronauts Move Around Outside The Space Station 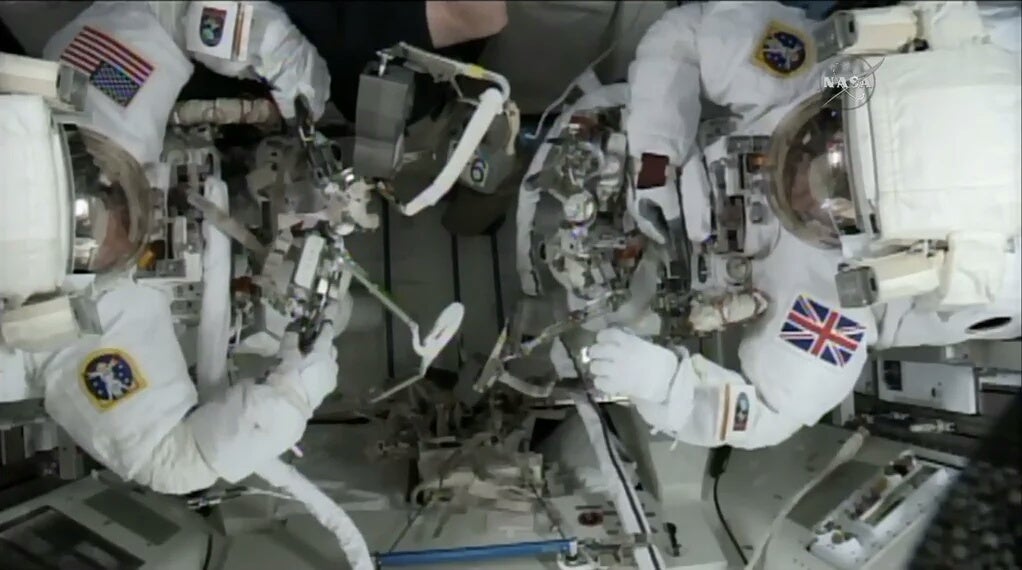 It's just as true in space as it is on Earth: the best way to kick off the New Year is by doing all those nagging chores. A pair of astronauts are heading out of the ISS to replace a failed voltage regulator. Astronaut chores are so much cooler than terrestrial ones.

Update: At around 4am AEDT, under highly-conservative spacewalk safety rules, the decision was made to bring the crew back within the space station after a 'water bubble' was found inside Tim Kopra's helmet. This came after the primary objective of replacing the failed voltage regulator had been completed successfully. The crew was in no danger, so made a relaxed and orderly return.

When To Watch: You can check in on the spacewalk starting at 10:30pm (Australian Eastern Daylight Savings Time). The astronauts will be outside the station from approximately 11:55pm until 6:25am AEDT.

Astronauts Tim Peake (the first official UK spacewalker) and Tim Kopra will spend around 6.5 hours replacing the voltage regulator, restoring power to one of eight power channels. The electrical fault is from a short in November that tripped a switching device, but couldn't be fixed until the right supplies arrived. The fix is actually really simple — the two Tims will only need to remove one bolt. 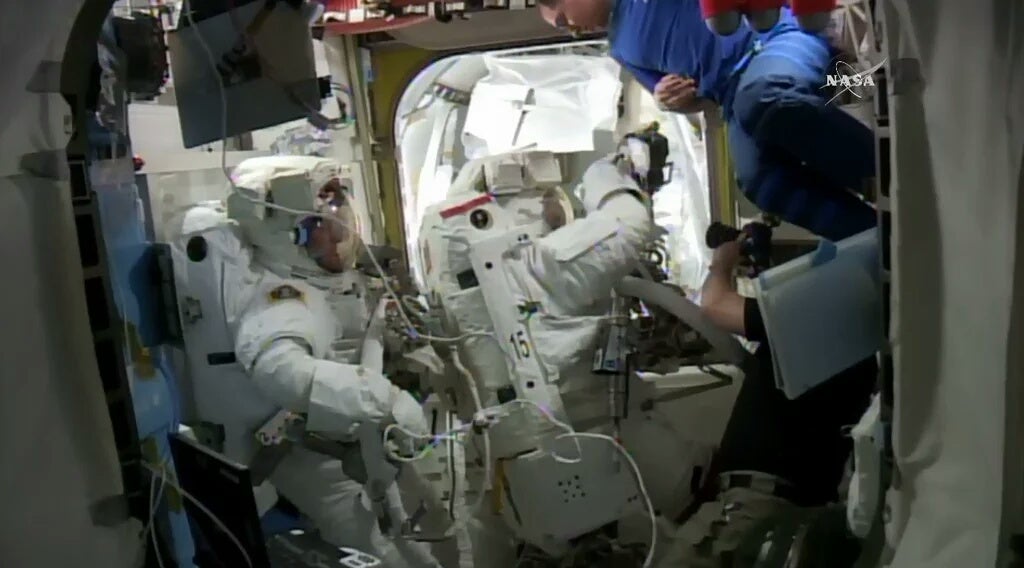 Kopra in the airlock as Peake suits up in a SAFER emergency jet pack. Image credit: NASA/ESA

After making repairs, the astronauts will continue modifying the station to prepare for future commercial crew vehicles. They will be rigging cables in preparation for installing new docking adapters for Boeing Starliner and the SpaceX Crew Dragon.