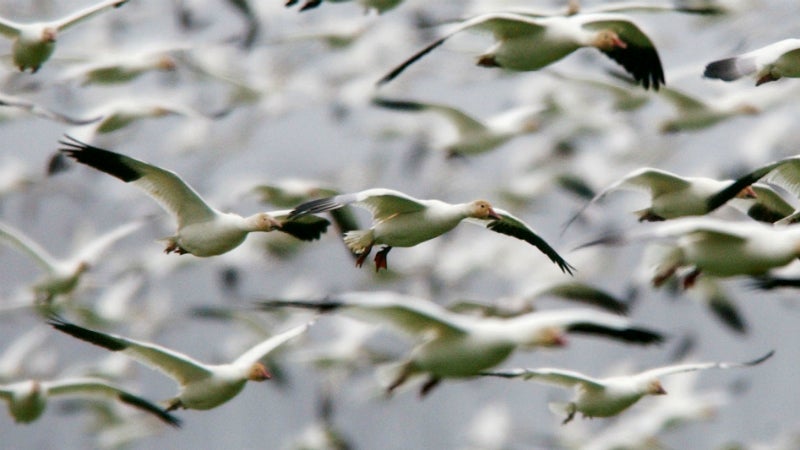 Cornell University's Lab of Ornithology has brewed up a hypnotising representation of birds flocking up and down the length of two continents over the course of a year. No more complaining about your commute. 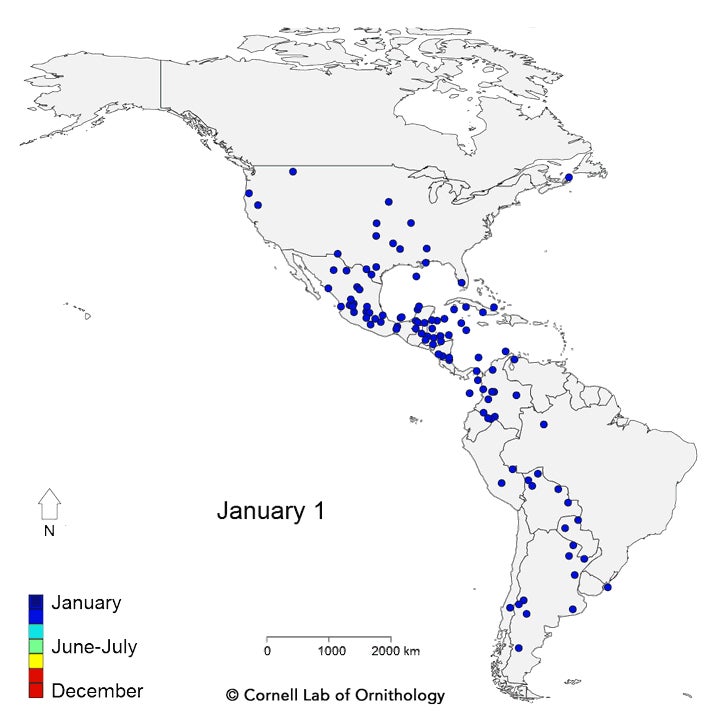 For the first time ever, Cornell scientists have tracked 118 species of birds migrating throughout the Western Hemisphere. The analyses' results were published today in the journal Proceedings of the Royal Society B.

The team drew from millions of migration observations from eBird, a database that allows everyday folks to record and catalogue observed bird behaviour. A key finding? Many species set out over the Atlantic for autumn migration to camp out in the Caribbean or South America, and then pull a clockwise loop, taking a path that's more inland in the spring. That latter journey is less direct, but birds are able to speed up the journey by using strong tailwinds.

Meanwhile, those species that don't fly over the ocean take advantage of geographic features instead of atmospheric conditions, seeking isthmuses to fly over for example, allowing them to use the same routes in both spring and autumn.

"These looped pathways help the birds take advantage of conditions in the atmosphere," says lead researcher Frank La Sorte. "Weaker headwinds and a push from the northeast trade winds as they move farther south make the fall journey a bit easier. The birds take this shorter, more direct route despite the dangers of flying over open-ocean."

Using technology to learn more about birds is one way to better understand our feathered friends, which could lead to more informed conservation decisions in the future.

GIF used with permission from Cornell Lab of Ornithology