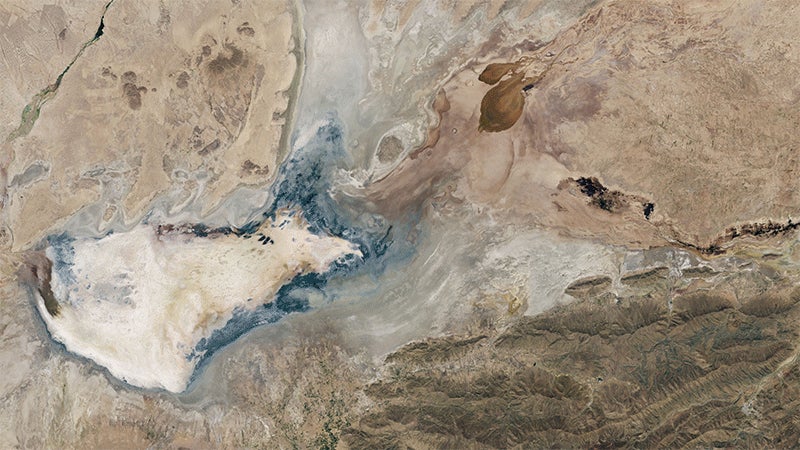 This satellite image shows the outline of where Bolvia's Lake Poopó used to be. Once the county's second largest body of fresh water, it's now dried up because of recurring drought and water diversion projects. Typically, rainfall during the wet season (which runs from December to March) replenishes the lake. But we're now well into January and rain remains scarce. 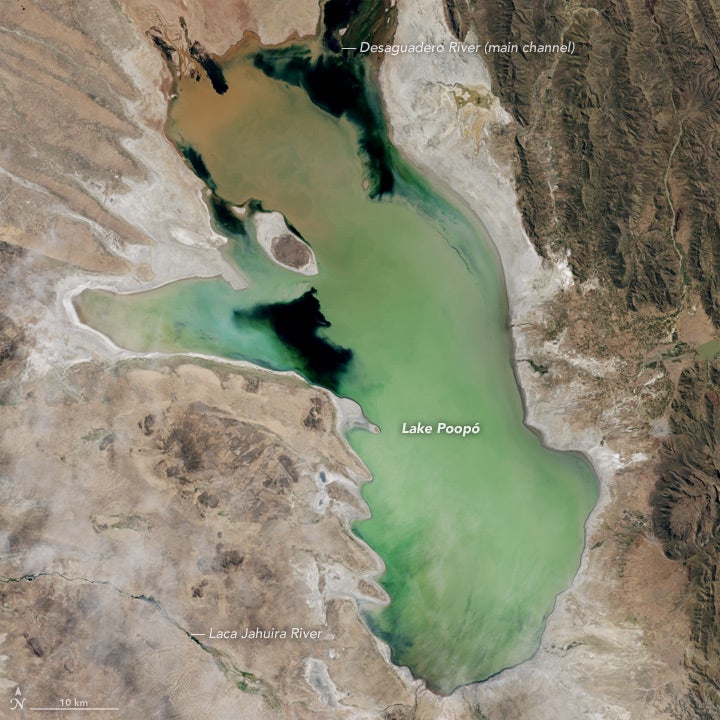 The image above was taken on 12 April 2013, and shows Lake Poopó when it's filled with water. The one below was taken just six days ago on 16 January 2016. The water is essentially gone, replaced with dusty sand flats. The effect on the environment and ecosystem has been devastating. 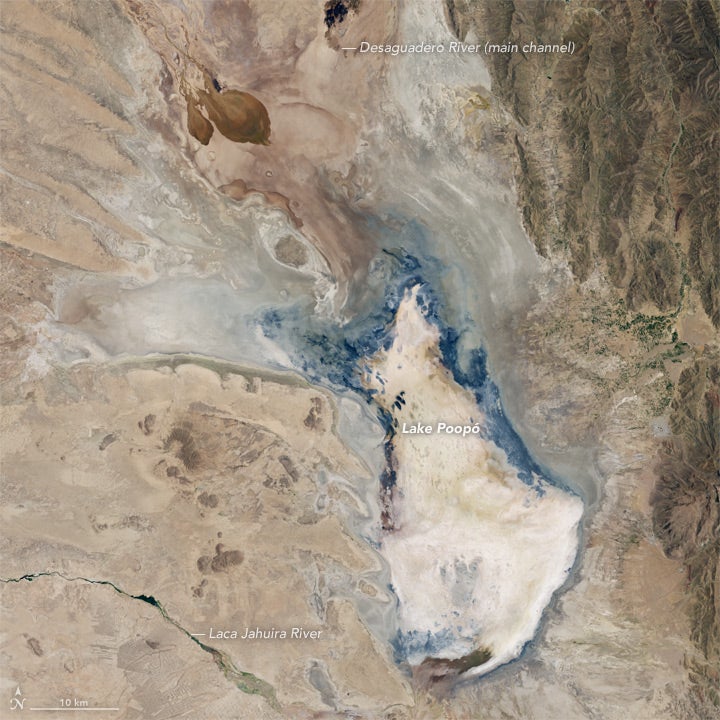 This happened before in 1994, and it took several years for the water to return. But this time, scientists say recovery may not be possible. The AP reports:

"This is a picture of the future of climate change," says Dirk Hoffman, a German glaciologist who studies how rising temperatures from the burning of fossil fuels has accelerated glacial melting in Bolivia.

As Andean glaciers disappear so do the sources of Poopo's water. But other factors are in play in the demise of Bolivia's second-largest body of water behind Lake Titicaca.

Drought caused by the recurrent El Nino meteorological phenomenon is considered the main driver. Authorities say another factor is the diversion of water from Poopo's tributaries, mostly for mining but also for agriculture.

A study by the German consortium Gitec-Cobodes determined that Poopo received 161 billion fewer litres of water in 2013 than required to maintain equilibrium.

A similar situation is happening in California, where the Dalton Sea — a massive man-made lake — is shrinking, releasing dangerous toxins into the environment.