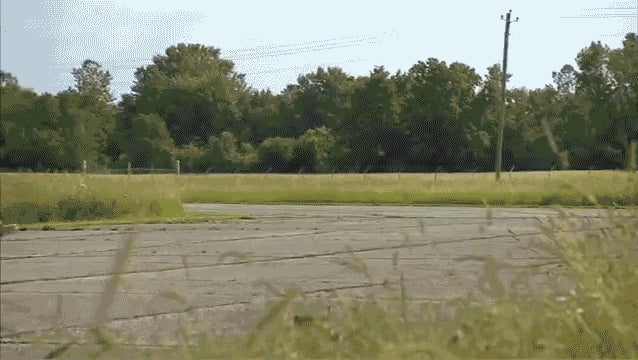 In the same way that only a handful of American cities are seriously preparing for self-driving vehicles, it seems the US federal government isn't thinking ahead either. US Secretary of Transportation Anthony Foxx revealed this week that his department has no plans for national regulations around autonomous cars. That's very troubling, and it needs to change.

Although the US government might start to lay some regulatory framework down the road, right now it's firmly in the hands of the states, Foxx told the Detroit News after a CES panel:

There's a lot the federal government can do in terms of laying out safety standards and producing guidance for model legislations at the state level. It may happen at some point that there's a desire for a national approach for these things, but I think we're a little ways away from that point. Right now, we've got to develop a mechanism to evaluate the technology that comes to us and as rapidly as we can.

That seems incredibly backwards. At least seven companies with self-driving concepts say they will be street-ready by 2020 so the technology is certainly not "a little ways away". As anyone could see this week at CES, pretty much all the major American automakers are already working on their own concepts. It doesn't make any sense for the US not to appoint someone to act as a liaison between the government, tech companies and automakers.

In a way, the federal government's inaction is actually doing automakers a great disservice. They're busy making their best guesses for what might be happening when it comes to autonomy in 2020. It would be nice for them to know exactly what the entire US is planning to allow on roads in five or ten years, for example, and not just be at the whim of a few state governments.

Having state-to-state regulations also means that carmakers will have a hard time testing their vehicles because every state is different. This is why most of the research is centred in a handful of states. Meanwhile, startups in other countries (many of which are government-funded) could quickly outpace US self-driving tech. American automakers should be working closely with the USDOT on pilot projects to build the smartest cars on the planet, spurring not just regulatory changes but also championing the changes needed in urban planning and road design that will help cities to make the transition from human drivers to robot drivers.

A tour of Mobileye, the Israeli tech company that powers much of the US autonomous car projects

This doesn't meant that the US government isn't thinking about this stuff. Secretary Foxx was at CES this week to discuss plans for his Smart City Challenge, which is looking for a mid-size American city where the USDOT can model innovative new transportation tech ideas. The winning city will have all its buses fitted with driver-assistance systems from Mobileye, the same company powering many autonomous vehicles, which Foxx himself praised during a trip to the company's research facility in Jerusalem. This could lead the way to bigger autonomous public transit-focused solutions like self-driving buses (which are already puttering around American cities) and smart map technology.

But here's a perfectly acceptable way for a self-driving car policy to fit into what the government is already doing. Driver-assistance systems like the ones Foxx wants to put on city buses are explicitly designed to save pedestrian lives, and really, they're a step away from buses being completely autonomous. When so many local transportation departments have adopted Vision Zero initiatives to reduce traffic deaths, developing the safety features of self-driving tech dovetails nicely into these existing goals. Just like Volvo's safety-focused partnership with the Sweden government, it actually makes a lot of sense to launch a similar program with the National Highway Traffic Safety Administration.

Last year, USDOT released a scathing report named "Beyond Traffic" that outlined just how much help America's transportation system needs in the next few decades. Besides that fact that much of their current infrastructure is in trouble, the American population is urbanising, requiring cities to beef up their transit systems and find more efficient ways to get goods into denser neighbourhoods. Americans are also getting older, which means more people will no longer be able to get behind the wheel.

And yet — driverless technology can help address pretty much all of these issues. Including the part where Americans don't have to spend $US305 billion to repair roads for a human-driving future, and can prepare cities to become places with fewer cars. If the USDOT had a solid plan in place for autonomy, some of the money from the big transportation infrastructure bill that's meant to prepare America for the future could have been spent funding that program.