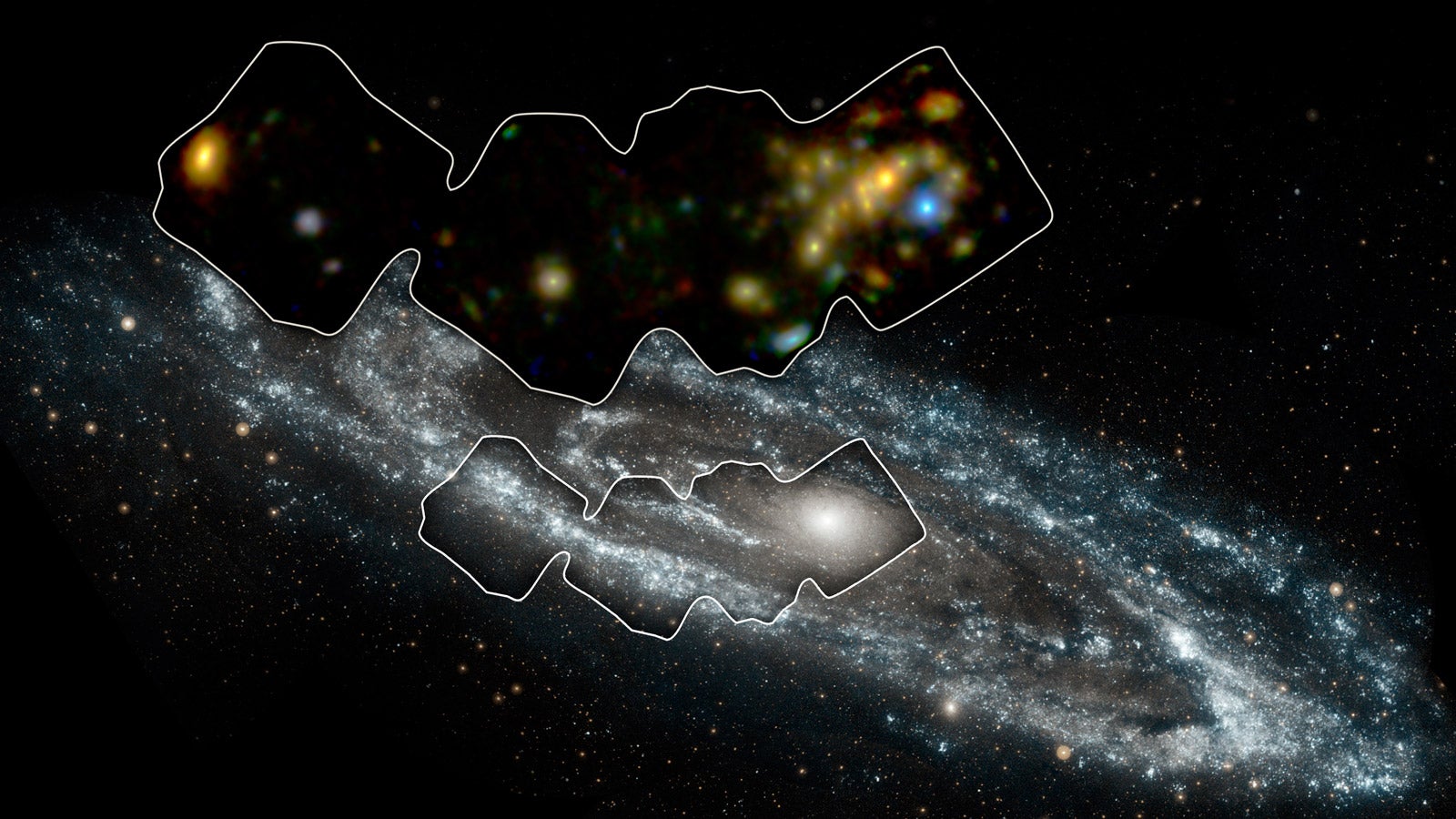 This is the Andromeda galaxy, our very own Milky Way's next-door neighbour. It's the best look we've ever managed to get at it — and there's something very strange hidden in this picture. This new snap was taken with NASA's Nuclear Spectroscopic Telescope Array, an X-Ray telescope designed especially for getting unusually deep-space views — and a far deep-space view is exactly what they got when they pointed it Andromeda's way.

Because it was an X-ray view, though, NuSTAR also picked up something else: over 40 different instances of a mysterious space object called an X-ray binary. X-ray binaries are the result of either a dead or exploded star that sucks in huge amounts of nearby (living) stars and space debris, while throwing off a steady stream of X-ray radiation.

Finding so many different instances of X-ray binaries was a surprise in itself, but an even bigger was how close they were, putting them at the perfect spot to keep a closer eye on them. And keeping an eye on them may turn out to be well worth it, because scientists have long suspected that X-ray binaries may have a key, but shadowy, role in letting galaxies form at all. Now that scientists know where to look, we may figure out much more about just how they do it.

Hudson Hongo 03 Apr 2020 3:35 AM
It brings me no pleasure to announce that I have solved the mystery of Andrew Cuomo’s nipples.