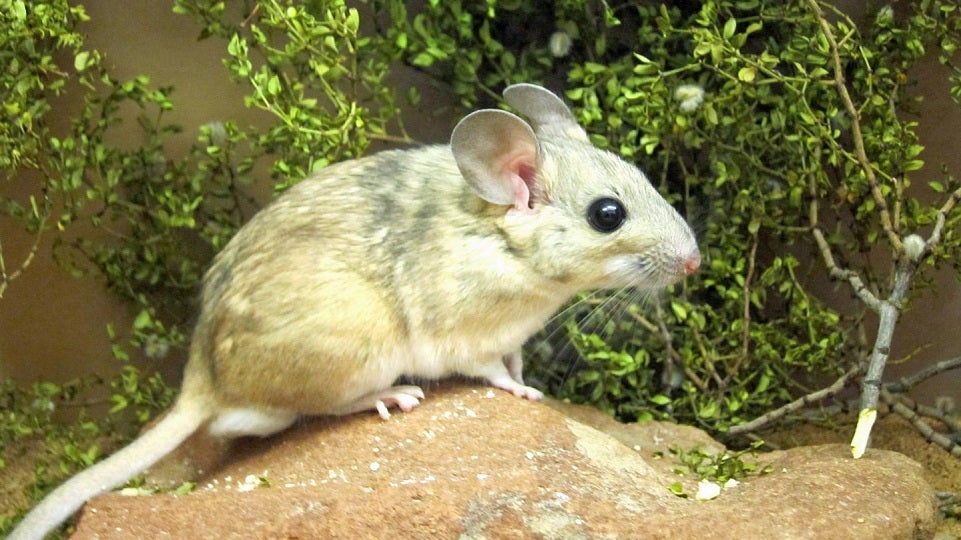 Plants can't run from predators, but they have their own form of defence: They poison the animals that feed on them. Those animals have evolved defences against plant toxins, but a new study indicates that, as animals get warmer, they are less able to fight off the toxins they ingest. This does not bode well for the animals living on a planet dealing with climate change. The wild desert woodrat spends its days scurrying around the Mojave desert and looking for creosote bushes to eat. That means that both its predator and its prey are trying to kill it. The raptors kill with teeth and claws. The creosote does it with toxins. And as the world gets hotter, the creosote will do so more and more effectively, at least according to a paper published in the Proceedings of the Royal Society B by a team of researchers from the University of Utah.

Most plants don't care to be eaten. In order to prevent this from happening, they have evolved toxins which slowly build up in the bodies of the animals that eat them. Creosote is no different. In fact it's evolved more toxins than many other plants, but it hasn't evolved alone. The desert woodrat has developed enzymes secreted by its liver which can deal with amounts of toxin that could kill other rodents. Feeding woodrats rabbit chow treated with creosote resin shouldn't cause them any problems. Certainly, a level of creosote tolerated by one group of woodrats should be tolerated by another.

During the course of their experiments, the researchers found this wasn't the case. In the first experiment, the group used two groups of woodrats. One group lived at 22C, and the other at 27C. Neither of these temperatures was out of the ordinary for a woodrat. Every day the rats were fed chow with ever increasing amounts of creosote resin. The warmer rats could only eat two-thirds as much resin as the cooler ones.

The next experiment involved three groups of woodrats in a Goldilocks type set-up; one 28C warm group, one 25C room-temperature group, one 21C cool group. Each rat was fed a set amount of creosote each day, and then was given as much untainted rabbit chow as it wanted. The warmer rats soon went off their feed. Once a rat had lost 10 per cent of its weight, it was removed from the experiment. By the tenth day, none of the warm group remained, one of the room-temperature group remained, and all of the cool group remained.

What was going on? An earlier study had shown that, at warmer temperatures, the woodrats' liver was less able to function. The warmer rats couldn't process the toxins in the creosote and got sick. The cooler rats were just fine with their functioning livers.

The results of the experiment tally with the results of other experiments — like the fact that anaesthetised rats kept at warmer temperatures are unable to shake off the anaesthesia than rats kept at cooler temperatures. More troublingly, this holds true across species. According to earlier experiments on animal sickness and temperature, cows are more likely to get sick, lose weight and stop producing milk after eating toxic fungi if they were kept at warmer temperatures. The hotter it gets, the less the liver can handle. If we're looking at a world-wide hot spell, it could mean a corresponding world-wide uptick in poisoning of herbivores and even omnivores.