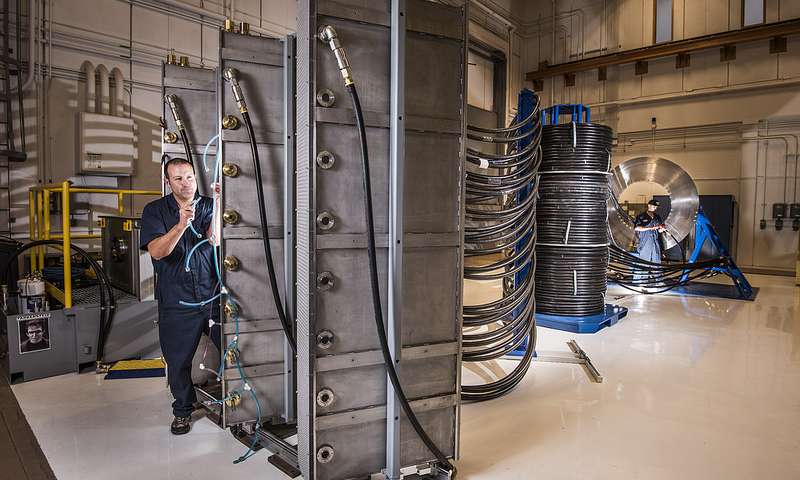 Sandia National Laboratories is building a shiny new accelerator to study how materials behave at extreme pressures. And they have named the new machine after Thor, Greek god of thunder, wielder of the mighty hammer Mjolnir, and member of Marvel's beloved Avengers.

For years, Sandia has been known for its infamous Z-pinch machine, a powerful electrical generator used in all manner of experiments involving shock wave compression. When it's discharging energy, the machine produces an intense electromagnetic pulse (EMP) in the high-energy X-ray regime, which in turn creates a spectacular display of "arcs and sparks", captured in this famous image: 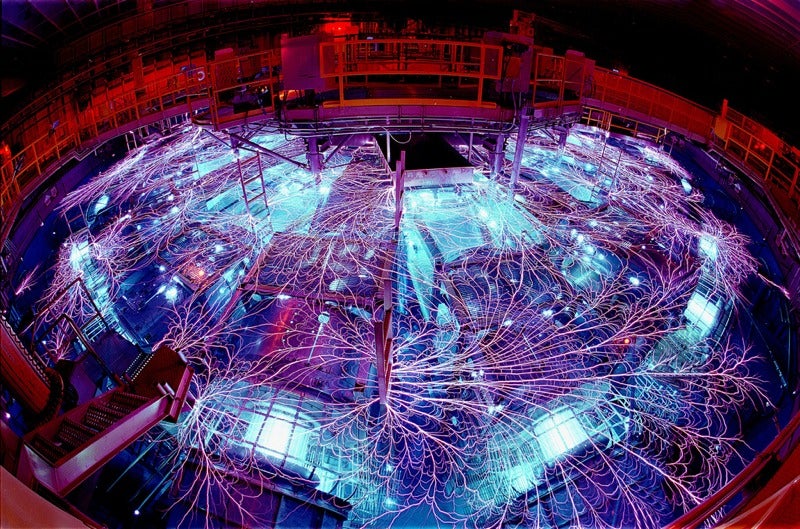 In fact, the Z accelerator inspired a plot point in the 2001 heist comedy Ocean's Eleven, when George Clooney's band of thieves employs a compact "pinch device" to help them rob a casino. At just the right moment, the fictional pinch sends out an intense electromagnetic pulse, thereby blacking out the power grid of Las Vegas just long enough for the thieves to bypass security systems.

It's made for an amusing twist, even if the science wasn't especially accurate. (For all its power, the Z machine produces a fairly weak EMP.)

Like the Z machine, the Thor accelerator shares little more than a name with its cinematic inspiration. It will be 40 times more powerful than the Z machine, but much smaller, capable of producing a magnetic field of about one million atmospheres — roughly the pressures found at the Earth's core. That's less than the 5 million atmospheres the Z can produce, but thanks to its smaller size and improved design, Thor will be much more efficient, with less energy loss.

And unlike the Z, Thor won't require equipment to be submerged in hundreds of thousands of gallons of transformer oil and deionized water, which act as insulators. 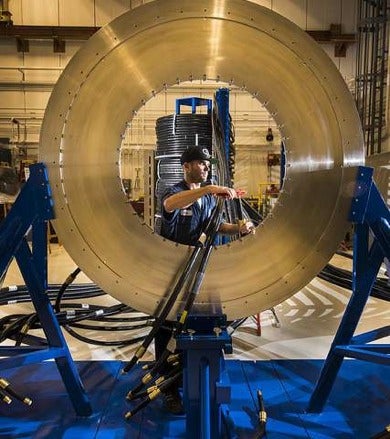 The Z machine has a few large capacitors. Thor's innovative design will employ hundreds of much smaller capacitors the size of a shoe box, called "bricks". The lab compares it to how computer architecture changed dramatically in the 1980s from bulky high-voltage vacuum tubes, to compact low-voltage solid state switches.

Furthermore, "It's just easier with Thor to adjust the pulse to maintain the solid state," Neal Singer, a spokesman for Sandia, told Gizmodo via email. Shock the material too much, and it will become a hot liquid. "It's the behaviour of the solid that is of interest [scientifically], not the behaviour of the liquid." The more finely tuned the resulting pulse, the more precisely scientists can explore materials under pressure.

The laboratory will be completing two intermediate "first light" machines this year: Thor 24 and Thor 48, with 24 and 48 bricks, respectively. The full-powered Thor 144 doesn't yet have a firm completion date. That will depend on funding and how well the smaller machines perform in their test runs, according to Singer.

Thor could also lead to more affordable and compact machines at other institutions. The lab is "working to come up with simple designs that others can use, assembling [them] with off-the-shelf parts, without need of expensive oil and water baths or complex switches," said Singer. This frees researchers from having to schedule precious "beam time" on site for their experiments. "Science can progress faster because more machines, even though less powerful, would allow scientists at universities and other labs also to conduct advanced materials physics experiments," Stygar said.

Several institutions have already expressed interest. That doesn't mean Sandia is getting into to the accelerator manufacturing business. (They will leave that to Tony Stark.) However, once the lab has built a few Thor machines and refined the technology, "We would be very happy if someday soon the Thor concept were commercialized by private industry," Sandia manager Bill Stygar told Gizmodo.

In a separate paper last year, Stygar and co-authors explored the new design's potential for building inertial confinement fusion machines. A machine with 59,400 bricks should be sufficient to achieve thermonuclear ignition, according to Stygar. A machine with 162,000 smaller bricks than the ones used in Thor would be capable (theoretically) of producing as much, or more, energy than it costs to produce. "[It] would essentially be a Z machine with power provided by the bricks, rather than stored first in huge capacitors," Singer explained.

Ah, but will the Thor accelerator be immortalised on the silver screen like the Z-pinch? Singer is happy to speculate about possible plot points just for fun. "Maybe subjecting Superman to the pressures of his native Krypton, so he can temporarily live life as an ordinary man in that environment?" Singer mused. "Of course I have no idea of the precise pressures on Krypton, so I measure with my imagination."

Another tip for aspiring screenwriters: Such a machine could be used to create diamonds and other gemstones on the cheap, or a new kind of exotic material. It would be even cooler if that shock-wave generating process could look something like this: