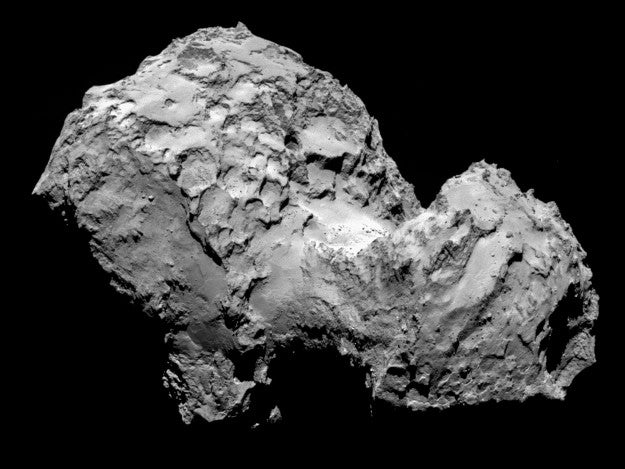 High above us, perched precariously on the cold surface of a comet, there sits one of the most technologically-advanced and singular machines humanity ever sent to hurtle up into space and stick its unlikely landing. And now that it's there, it's totally ignoring all our attempts to talk to it. Since landing on Comet 67P/Churyumov — Gerasimenko last year, researchers had been getting a steady stream of information about what's going on up there — and then, suddenly, silence.

Researchers last got a signal from the Philae lander back in July, since then pinging it has resulted in no word from it — and it's all coming to a head now, says the ESA, because time is running out as the comet moves further and further away from the sun.

With just a little time left, the plan is to try some off-label uses of Philae's momentum wheel. If the problem is that the lander is simply too dusty to power on, the hope is that spinning the wheel could clear off enough to let it wake itself up one last time. Of course, another is that the lander is simply dead and nothing can revive it. The experiment is set to begin on Monday — if it hasn't woken up by the end of the month, though, that's likely the last we'll hear of Philae.