It's Suprisingly Easy To Turn Off Niagara Falls 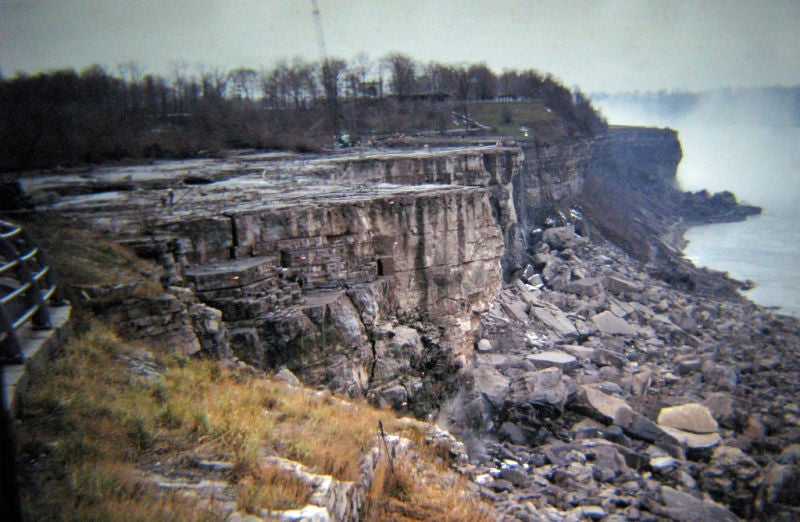 New York State Parks is holding a hearing this week about what might seem like a controversial topic: Whether or not to turn off Niagara Falls. This is a process called dewatering, and yes, it's happened before. The falls — at least part of them — would need to be dewatered to allow for the reconstruction of several historic bridges in Niagara Falls State Park, some of which were built as early as 1901.

If it happens, this won't be the first time Niagara's gone dry. In 1969, the American side of the falls (called American Falls) were dewatered. The water was simply diverted using what's called a cofferdam, so it fell over the bigger, more famous Horseshoe Falls instead. The 183m cofferdam was created by dumping 27,800 tonne of rock and dirt until the flow was stopped completely. 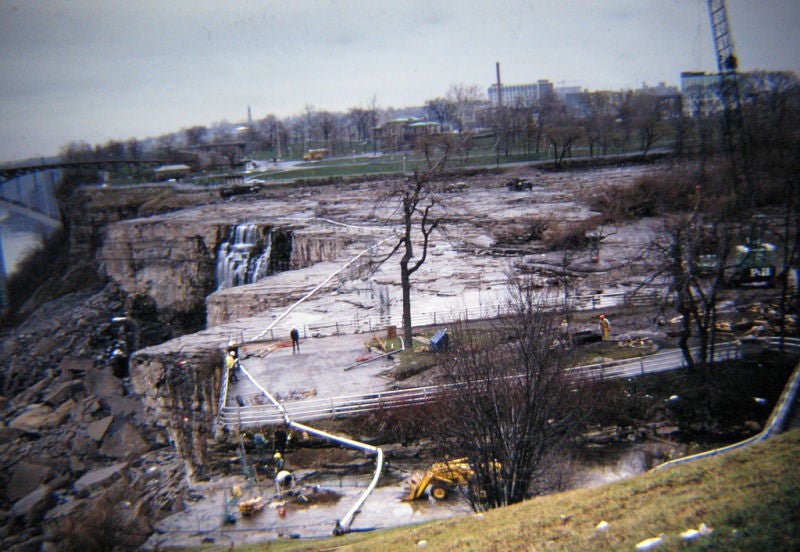 The Army Corps of Engineers studied the dry falls for five months, which ended up becoming a tourist attraction in themselves. The plan was to pick up the trash (including some bodies), study how erosion might be affecting flow, and decide if an intervention might improve the falls, structurally and aesthetically. In the end though, engineers realised they could not improve upon Mother Nature.