Gene-Editing, Aliens, And More: Experts Identify The Most Exciting Science Of 2016 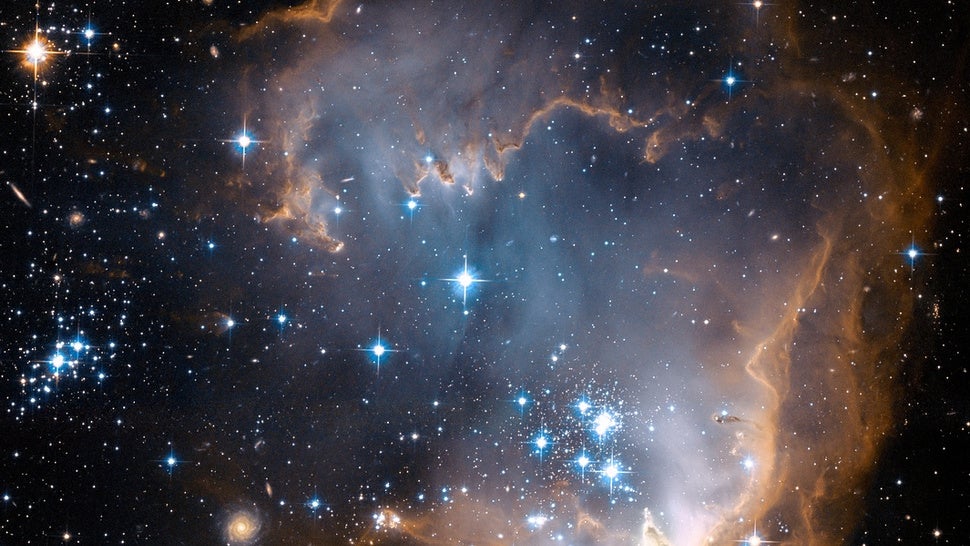 Each year, Edge.org editor John Brockman poses a provocative question to a select group of thinkers. For this year's instalment, nearly 200 brainy contributors were asked: "What do you consider the most recent scientific news?" Here's what they had to say. As Brockman notes, "We now live in a world in which the rate of change is the biggest change." Science, therefore, has "become a big story, if not the big story: news that will stay news". But given the insane amount of science-related news that makes the rounds on a daily basis, it's not immediately clear which sciency tidbits are the ones we should be focused on.

Each of these thinkers had something interesting and unique to contribute, but not surprisingly, they tended to emphasise developments or deficiencies in their own fields.

For example, here's what geneticist George Church had to say:

The new news is that Greenpeace, KMP, and MASIPAG are accused of 'crimes against humanity' for blocking (including vandalizing safety testing experiments), from 2002 to 2016, golden rice, which could save a million souls per year from vitamin A deficiency.

The old news, again, this year (courtesy of the national academies of the US, UK and China) is that, after forty years, we still haven't reached a consensus on whether we want embryo (germline) augmentation. But this is likely a moot point since genetic and non-genetic adult augmentation represents hundred-fold larger markets and much faster potential return on enhancement — weeks rather than decades — web-warp-drive speed vs. human generation speed.

Indeed, we now live in the CRISPR era, a time when our gene-editing tools will soon make it possible to both fix and augment ourselves. We may even be able to restore extinct animals and create altogether new ones. As such, it's hard to argue against the idea that genetics isn't the most "interesting" area in science at the moment.

But as the 196 other Edge contributors pointed out, there are noteworthy things happening elsewhere.

Paleobiologist Nina Jablonski points to our ever-increasing understanding of microorganisms and their effect on human biology:

We have known for a long time that our bodies harbour lots of 'normal flora,' but until about a decade ago, few people studied them. Let's stop thinking about our bodies as temples of sinew and cerebrum, and instead as evolving and sloshing ecosystems full of bacteria, which are regulating our health in more ways than we could ever imagine.

Cosmologist Martin Rees says the search for extraterrestrial intelligence is finally becoming a mainstream scientific endeavour. Rees admits that the odds of detecting an alien signal is remote, but he believes the discovery "would convey the momentous message that 'intelligence' had emerged elsewhere in the cosmos". That's an observation that isn't immediately obvious at the moment.

Computer scientist Steve Omohundro says that deep learning neural networks "are the most exciting" recent scientific developments. Astronomer Frank Drake says we still don't properly understand black holes. Biological anthropologist Helen Fisher hypothesizes that addictions follow a hierarchy, and that novel treatments await us in the future. Evolutionary biologist Peter Turchin argues that fatty foods are good for our health. Biogerontologist Aubrey de Grey sets the record straight on our ability to develop powerful new classes of antibiotics. And technologist Kevin Kelly discusses the potential for artificial learning, and what it will mean when we can program machines do to our thinking for us.

Other contributions included discussions in economics, social science, medicine, psychology, space exploration, anthropology, meteorology, and neuroscience. The subject of scientific misconduct — a burgeoning area for some reason — also made an appearance, sadly.

Taken collectively, the diversity of responses shows that "interesting" science is abundant and also firmly fixed in the eye of the beholder. The answers did reveal some overarching trends, however, including developments in machine intelligence/learning, microbiology and virology, brain science, genetics, cosmology and particle physics. No doubt, these are the areas in which scientists are expected to make some of the most significant discoveries in the coming decades.

Read much more about this year's biggest science stories at Edge.org