Editors’ Picks: The Best And Worst Products From CES 2016

Last week, more than 3600 technology vendors converged on the Las Vegas Convention Center to show off their latest wares for CES 2016. There was an enormous amount of product on the labyrinthine showroom floor covering every category imaginable. Some of these gadgets were incredibly impressive. Others were laughably terrible. Here are our Best & Worst picks from the show.

The Razer Core turns your Ultrabook into a high-end gaming laptop — without the heavy lifting. As a standalone device, the Razer Blade Stealth packs in an Intel Core i7 processor clocked at 2.5Ghz, Intel HD Graphics 520, 8GB of dual-channel memory and up to 512GB of PCIe solid-state storage. What turns this laptop into a gaming powerhouse is the addition of the Razer Core: this is a plug-in external graphics enclosure that can be used with a range of PCIe desktop cards. It also comes bristling with extra ports which is handy if you want an extravagant gaming setup. You therefore get the best of both words: a lightweight laptop for productivity and a powerful rig for gaming. It’s a wonder nobody thought of this sooner. 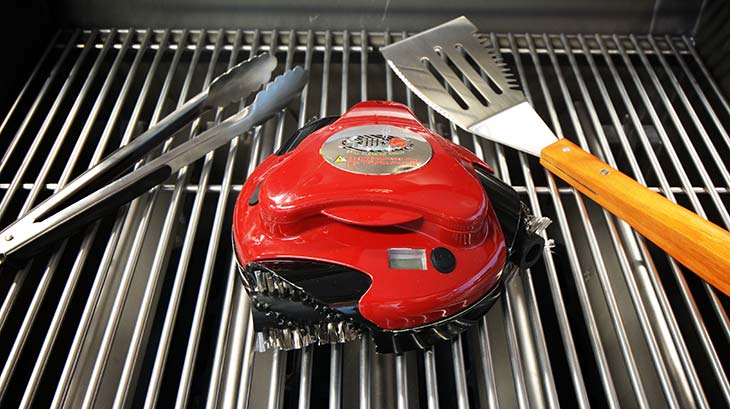 You can now get a robot cleaner for your barbecue. Because spending five minutes wiping down your grill is clearly too much hassle. 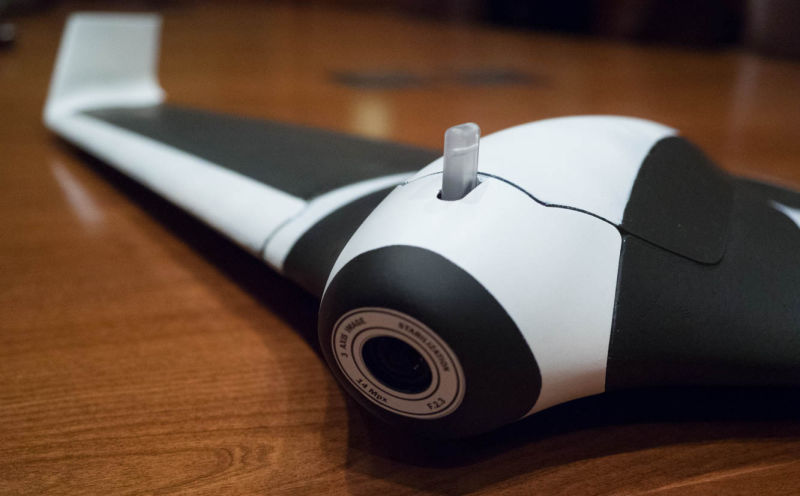 I’ve only ever flown a few (cheapish) drones, and most of them have been a struggle to get into the air. The idea of throwing a drone like a paper aeroplane to launch it just sounds like so much fun — not to mention a lot easier than manual launches. The fact that it’s able to go fast is just icing on the cake. As a kid my grandpa used to take me with him when he flew his model aeroplanes, which probably explains why the Disco is so much more appealing to me than the conventional quadcopter-style drones. 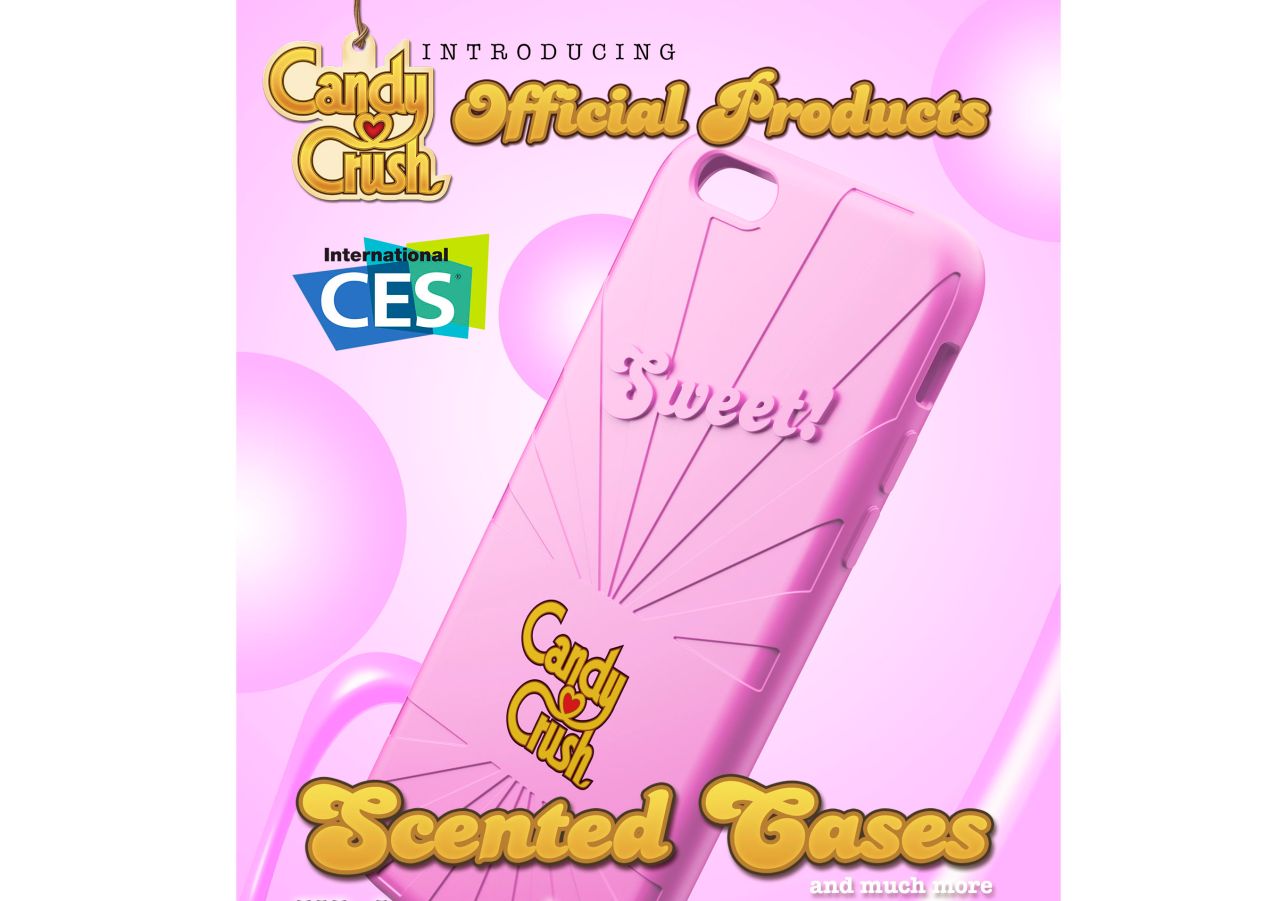 Do I even have to explain why this is the worst? Enjoying Candy Crush enough to get a branded phone case is bad enough, but the fact that it’s scented is even worse. I thought humankind as a whole had moved past the scratch-n-sniff thing at least 10 years ago. Just… why?

Best: Somabar … The ‘Nespresso’ For Cocktails

I jumped into this thread late, and everyone took the really good stuff. But I can’t believe no one else picked up on the Somabar. One of the many Kickstarters on show at CES, the app-controlled kitchen gadget automatically mixes alcohol pods and bitters to make the perfect cocktail in seconds.

Sure there’s an art to cocktails, but robots people. In 2016, I want this and the Flatev pod-based fresh tortilla maker to make my life complete. The Somabar in the final phase of manufacturing and will support 220v outlets (Australia). Cheers to that! Calling a belt “the WELT” sounds painful. And stupid. Samsung describes it as “a smart wearable healthcare belt that looks like a normal belt”. It’s capable of measuring the wearer’s waist size, counting the number of steps they take, and recording the amount of time spent sitting down. OK then. 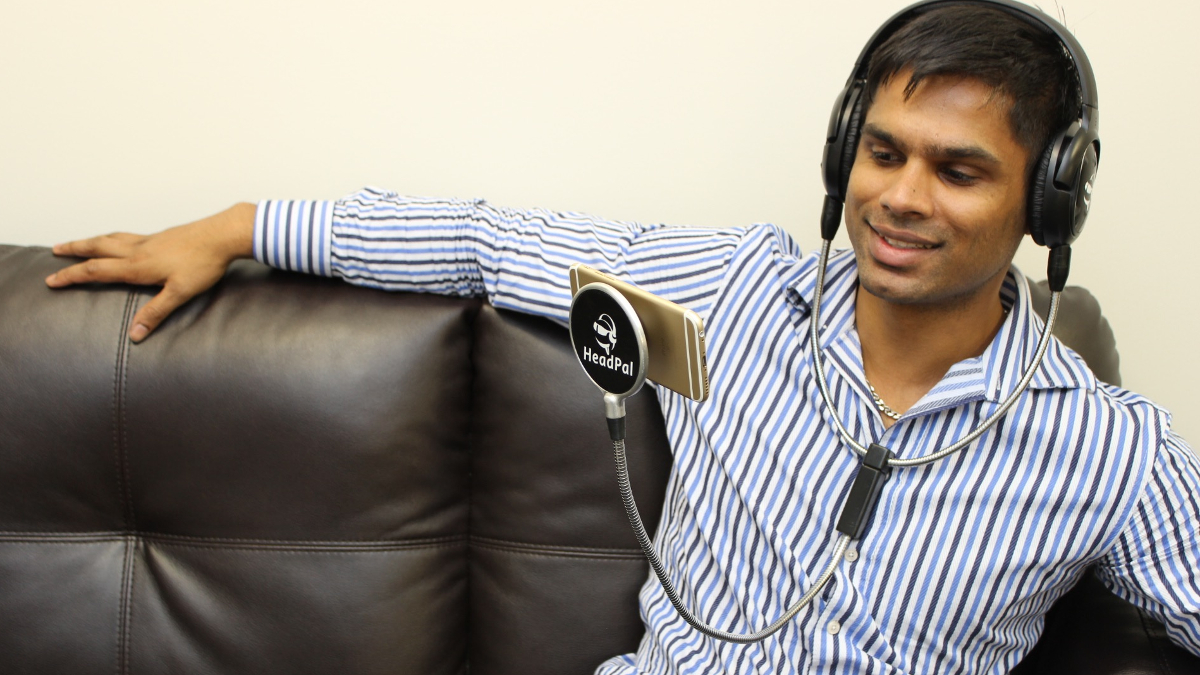 “HeadPal – Enjoy Face-time, Netflix and Skype, Handsfree!” What the? I applaud the innovation, but this is an instant worst of CES. Currently at $5K of its $20K goal on Kickstarter.

Worst: Netflix And The Ridiculous Six 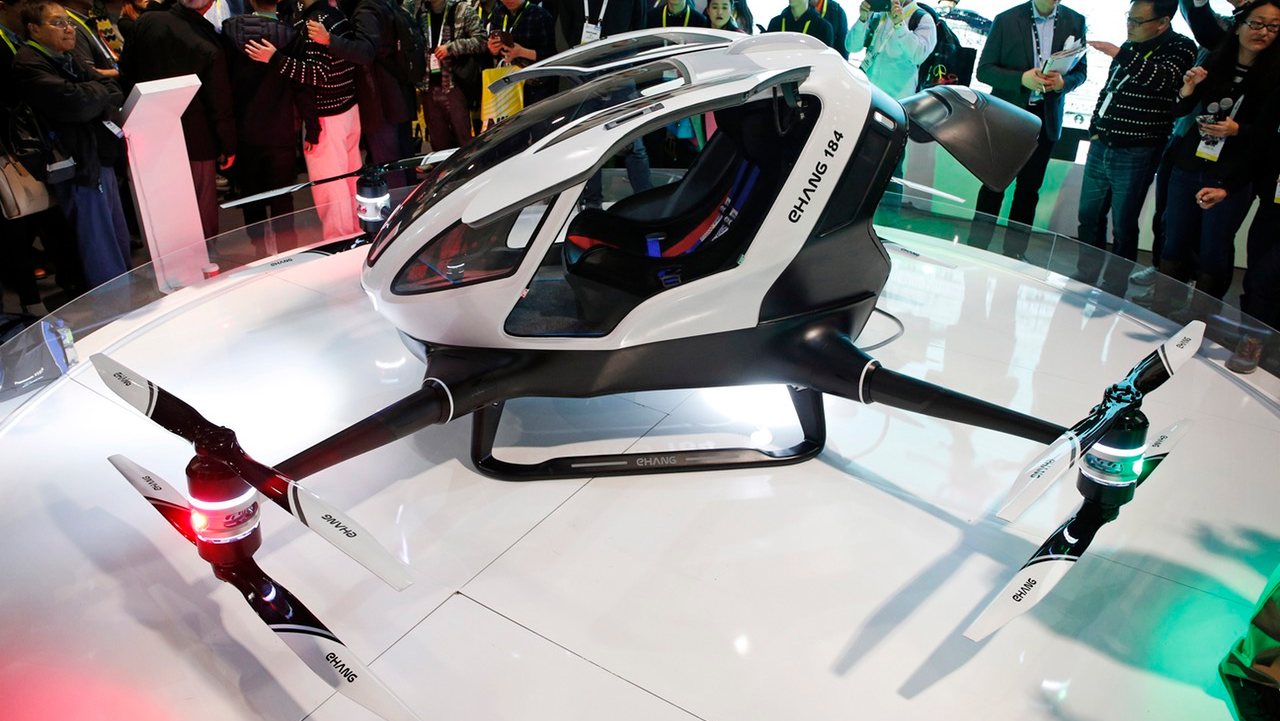 The future has finally delivered! Ready for your flying car?

Okay, it’s more of a one-seater flying drone, but it’s a one-seater flying drone. The Ehang 184 can carry up to 100kg and has a top speed of 100km/h, and was built with ‘safety’ as the watchword. It’s also driverless – you just set your destination, climb in and relax. Sure, it can only fly for 23 minutes and will probably be subject to a wide wonderful world of legal restrictions should it make it to our shores. But it is certainly an exciting step toward that Fifth Element-esque sky highway.

Worst: Microsoft Office For Your Car And The Excooter 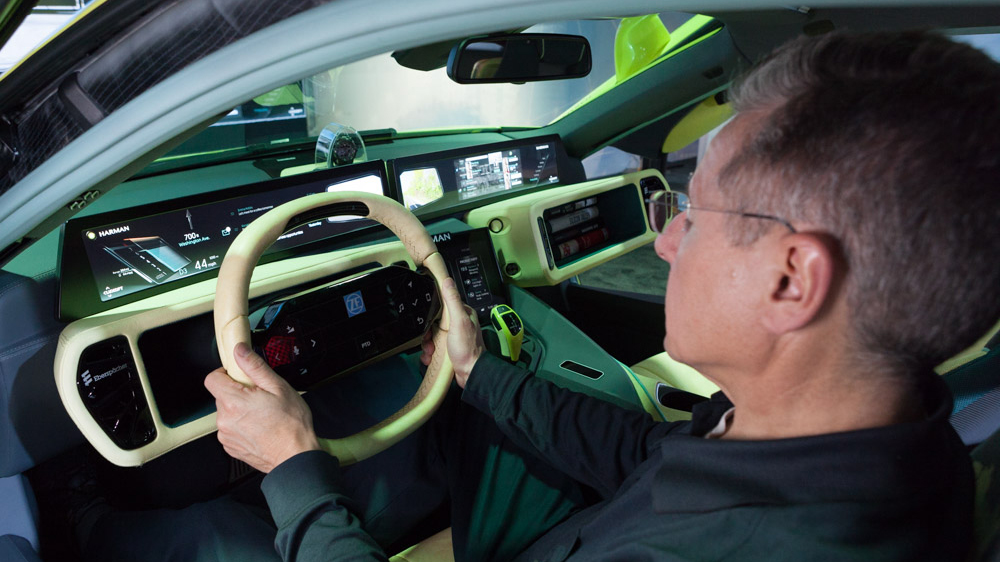 You know those precious moments of solitude as you drive to work and mentally prepare yourself for the day? Yeah, say goodbye to that. Harman is teaming up with Microsoft to bring Microsoft Office to your car – perfect if you find that you just aren’t stressed and distracted enough whilst driving.

Close runner up is the Xcooter. It folds up, has a top speed of 27km/h and makes you look ridiculous. And yes, it is pronounced ‘ex-cooter’. 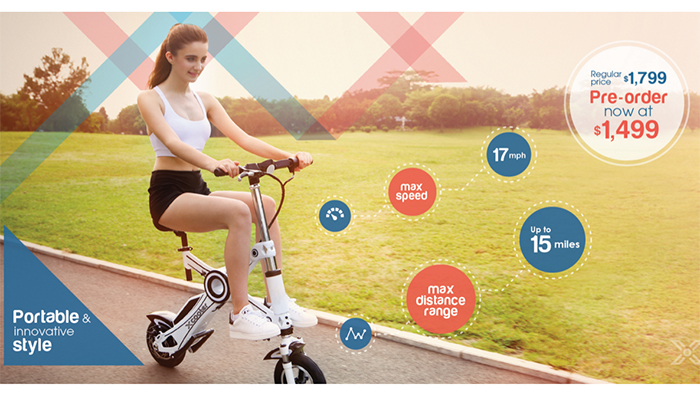 There is always a suite of weird and quirky gadgets at CES, from TVs that go on TVs, cars with crazy technology and items that nobody would ever use in a million years. But the rapidly expanding footprint of virtual reality was front and centre in my mind, and seeing Valve employees get excited over Twitter before the show made me keen to see what the Vive would have to offer.

With the Oculus pricing itself well and truly out of most people’s budgets, the HTC Vive became the VR winner by default. The announcement of the front-facing camera was also quite cool, if not quite the advancement people were hoping for to justify its earlier delay. But being able to check your real-world surroundings without having to take your headset off is a plus. It means you can enjoy a drink while being in VR; you can also turn around and make sure you’re not going to trip on your cables while in VR.

Valve and HTC have the ability to fill the void that many PC gamers were expecting the Rift to occupy. If the two corporations can somehow combine to keep the Vive around US$400-500, they might find themselves with a winner. The Vive could easily be just as expensive, if not more so, than the Rift though with the wireless Lightroom sensors

I’d seen some posts about a smartphone that doubled as a vaping tool last year but brushed it off as hilarious vapourware that would never come to fruition. It came with two batteries, after all — one for the phone, and another to power your narcotics puffer.

As it turns out, the product actually exists. Jupiter and Vaporcade combined to somehow get the product through FCC approval as of late last year, and a 4G model of the smart-vaper (or vape-phone?) is supposedly due out later this year.

What a racket. Just get a separate tool for your habit and a better phone instead.

I seem to have a never-ending stream of laundry to fold at my house so I’m salivating over the Laundroid by Seven Dreamers Laboratories. Announced late last year, it’s a robot that’s about the size of a refrigerator and when you feed it your freshly washed clothes it will spit them out in a neatly folded form. The robot uses some sophisticated image-recognition algorithms to determine how to fold each piece of clothing depending on what it is.

Sadly, the Laundroid won’t hit the market until 2017. Boo… 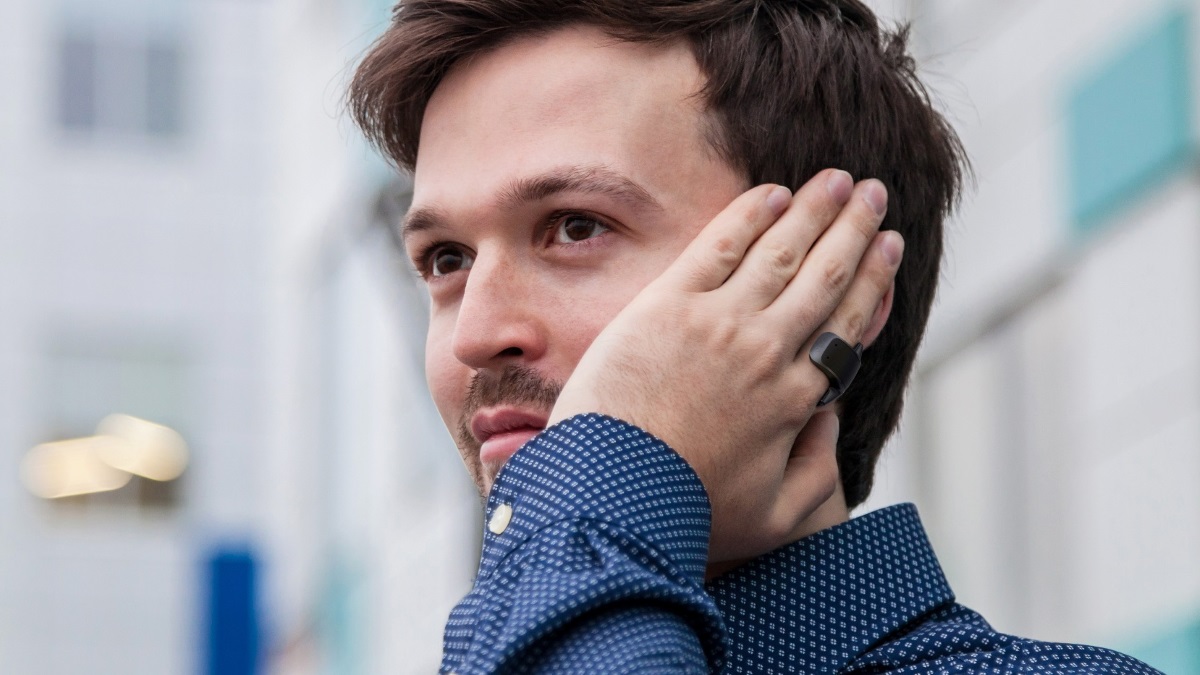 A smart ring that you can use to make and receive calls by cupping your hand over your ear. It also makes you look like a wanker. I need this in my house now. It’s adorable. On a personal level, yes, it appeals to my laziness. But I’m also seeing how useful this could be to those with disabilities. Aside from just transportation, I’m excited to see what comes out of the development program for connected apps.

This is one to watch.

It’s a wearable translator. Sounds like a great idea for travellers, except you have to buy a buy a different device for each language. I’m imagining “oops I packed the Spanish translator instead of the Russian one” scenarios from this.

More than that, though, the reason this gets my nomination is the exceedingly creepy marketing campaign hinged on little more than street harassment. What fun! Now, Samsung Pay isn’t anywhere near the coolest thing at CES, nor the most revolutionary. We’ve already got digital payment apps, right? But Samsung Pay works well — in my short time with it — and I think it’s going to be more important in my life than a new drone or a new electric car. (Either one of those would be nice, though…)

I really want to get rid of my wallet. This is after a week of carrying around an exceedingly large Bellroy Elements Travel wallet, with my phone, passport, credit cards and driver’s licence in it. Imagine if all that was in my phone? Yes please. Intel put on an excellent display using the Typhoon H’s centre-mounted RealSense depth-measuring camera, making the hexacopter follow its pilot around an obstacle course by sensing the RealSense markers on his helmet, and avoiding crashing into any nearby objects even when the operator tried to make it. When it’s launched — pardon the pun — later this year, the Yuneec Typhoon H should retail for US$1800. In Australia, we should see them landed for under $2500. With its autonomous control software and onboard 4K camera, it should make for strong competition to DJI’s stable of Phantom and Inspire camera-toting and general purpose drones. There were so many ‘hoverboard’ companies at this year’s Consumer Electronic Show, mostly from the myriad Chinese companies crammed into the corners of the South and Central Halls. And they were all the same, and they were all boring. I’m sorry. That’s just the way that it is.

Hoverboards are now passe, and I don’t do passe. I don’t think they’ll ever get over their reputation of catching on fire, and of injuring just about half of every single person that has ridden them. Oh, and there was a booth that was raided by federal Marshals. Oops.

• 10 Unique Gadgets We Hope Will Arrive This Year

• All The Gadgets At CES Look Like Sex Toys