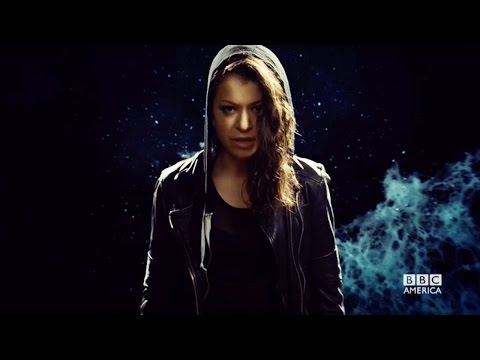 Welcome to the trailer park! This week: A sneak peak at the next season of Orphan Black, The Conjuring 2’s chilling full trailer and High Rise gets a film adaptation with Tom Hiddleston.

Synopsis:
“A streetwise hustler is pulled into a compelling conspiracy after witnessing the suicide of a girl who looks just like her.”

Synopsis:
“The Warrens travel to England to investigate paranormal activity at a council house in the London Borough of Enfield. Patrick Wilson and Vera Farmiga reprise their roles as paranormal investigators Ed and Lorraine Warren.”

This adaptation of Stephen King’s time travel epic is coming to Hulu in February. Hulu isn’t officially available in Australia, but it can still be accessed if you’re crafty enough.

Synopsis:
“High school teacher Jake Epping travels back in time to prevent the assassination of President John F. Kennedy – but his mission is threatened by Lee Harvey Oswald, falling in love, and the past itself, which doesn’t want to be changed.”

Another mind-bending film based on a classic novel, High Rise looks lusciously dystopian.

Synopsis:
“1975. Two miles west of London, Dr. Robert Laing moves into his new apartment seeking soulless anonymity, only to find that the building’s residents have no intention of leaving him alone. Resigned to the complex social dynamics unfolding around him, Laing bites the bullet and becomes neighbourly. As he struggles to establish his position, Laing’s good manners and sanity disintegrate along with the building. The lights go out and the lifts fail but the party goes on. People are the problem. Booze is the currency. Sex is the panacea. Only much later, as he sits on his balcony eating the architect’s dog, does Dr. Robert Laing finally feel at home…”

A new film from the legendary Cohen Brothers, exploring the difficulties of film-making in Hollywood’s Golden Age.

Synopsis:
“A Hollywood fixer in the 1950s works to keep the studio’s stars in line.”

A thriller about cyberstalking in the vein of on-screen found-footage films like Unfriended.

Synopsis:
“Emma, a graduate student living alone in NYC, is being watched by a stalker who hacks into the technology that surrounds her – laptop, cell phone, and other web connected devices. This obsession continues to grow as the hacker records Emma’s most intimate moments. When the thrill of watching isn’t enough, the situation escalates to a dangerous and terrifying level.”

Synopsis:
“A spaceship shaped like a Japanese bungalow careens through the galaxy. It carries a humanoid robot named Yoko (Megumi Kagurazaka), a sort of interstellar UPS delivery person. Her job is simple: to distribute packages to human beings scattered across sundry planets. But with so much spare time between deliveries, Yoko begins to wonder what’s in those packages.”

Synopsis:
“A family in 1630s New England is torn apart by the forces of witchcraft, black magic and possession.”