Badass Historical Chemists: This Fisherman's Son Argued For The Existence Of Atoms 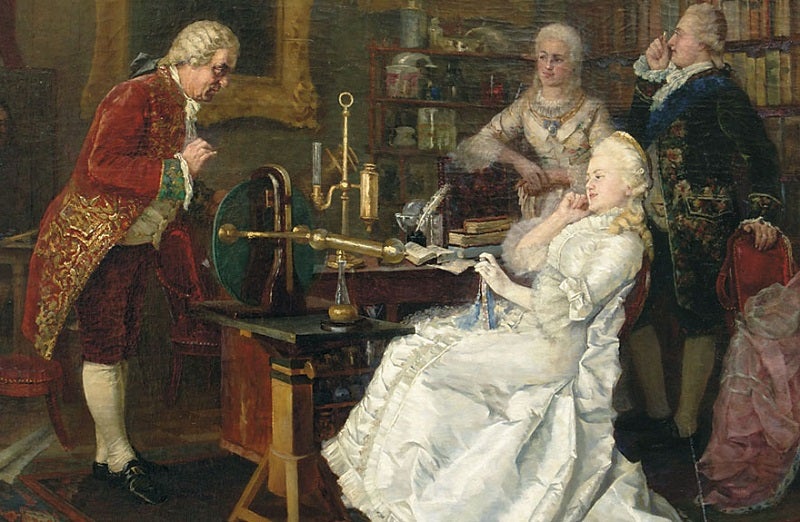 Mikhail Lomonosov coined the term "physical chemistry", was an early advocate of the existence of atoms and wrote poetry to get himself out of prison after being arrested for brawling. Along the way he became one of the greatest names in science. Lomonosov was born in 1711. In some versions of the story he was the son of a poor fisherman, and in some he was the son of a prosperous fisherman. The fact that Mikhail was set to marry a fairly well-off woman from his town supports the latter version of the story, while the fact that he needed to borrow a coat off a neighbour in order to run away supports the former. But he certainly had poverty in his future.

He was nineteen when he ran away to Moscow and talked his way into a boarding school by pretending he was the son of a noble. He was older than any other student there, and the fact that his father was a peasant meant he was also poorer. He survived on the equivalent of $6 per day, and managed to complete an eight-year degree in four years. Because he was such a dedicated and remarkable student, when the school discovered his true origin he was not kicked out of school. Instead, he was allowed to go on to the University of St. Petersburg, and then the University of Marburg in Germany to continue his studies.

At the time, people were studying many aspects of the natural world under many different names, and using many different theories. Lomonosov's pet theory was that all the matter in the world was divided up into "minute corpuscles" and that the properties of those corpuscles governed both the way the matter itself behaved, and the way one type of matter reacted with another type of matter. Today we call them atoms.

He called this path of study "physical chemistry", and when he returned home to Russia, he started rallying the entire country to pursue it.

His personal experiments have become the stuff of legend. In 1761, while using a small telescope to observe the transit of Venus, he saw that the sun's light seemed to curve outward and envelop Venus. After careful consideration, he realised that Venus must have an atmosphere which curves light. The observation was considered so subtle that many people doubted Lomonosov actually did it. Only very recently did people conduct the experiment using a reproduction of the telescope he had access to, and also observed what he reported more than 250 years ago.

Scientists had noticed that metal gained weight when heated, leading many of them to believe heat added weight. Lomonosov argued that the air around a piece of metal contained corpuscles and, in the presence of heat, they might combine with the the metal to increase its weight. He proved this was true by heating metal in an air tight container and showing that the metal gained weight, but the container didn't. It was the atmosphere around the metal was adding weight — a process we now call oxidation.

He co-founded Moscow State University. He founded a chemistry lab in 1748, in which he and other scientists performed thousands of experiments. Many involved coloured glass, and using the products of his experiments, he became a celebrated mosaicist. 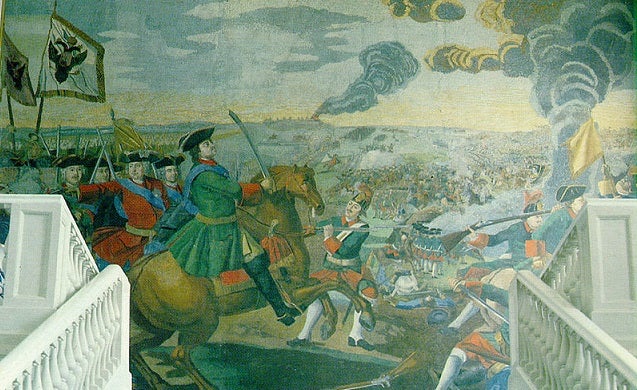 Although Lomonosov was a precise and careful scientist, he was also stubborn, with a famously hot temper. He quarrelled with colleagues, publicly accused the director of the Library of the Academic Sciences of embezzlement and got into many fights. One famous story tells of Lomonosov being set upon by three robbers as he walked home one night. He put up enough of a fight that two ran away, and caught the third, taking his shirt, coat and boots as payback.

He wasn't always on the right side of the law. One brawl landed him in prison. So he wrote public poetry to Elizabeth, the Empress of Russia to curry favour. A few flattering odes to Elizabeth charmed the authorities into letting him out again.

Given his exploits, it's amazing that he even made it to 53. What carried him off was a cold, and not the bar brawl, lab explosion, or laudanum-fuelled poetry marathon we might expect. Rest in peace, Lomonosov. You earned it.