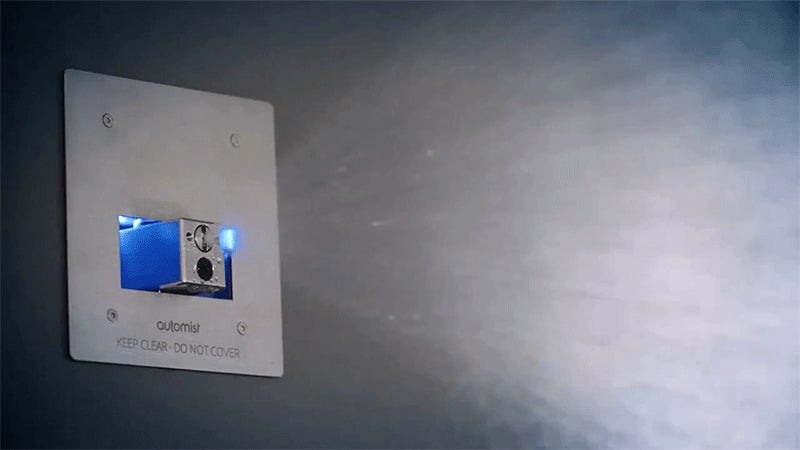 Even if your home survives a fire, there's a good chance you'll be dealing with quite a bit of water damage after emergency personnel extinguish the flames. But the creators of the Automist feel a gentler, more targeted approach to fire fighting is a better way to protect a home from serious damage. They're more common in larger buildings, but sprinkler systems installed in homes are not unheard of. However, the roof-mounted solutions that spray water in all directions can still cause quite a bit of periphery damage. The Automist, designed by a London-based company called Plumis, instead installs on walls, and only sprays water directly at a fire. 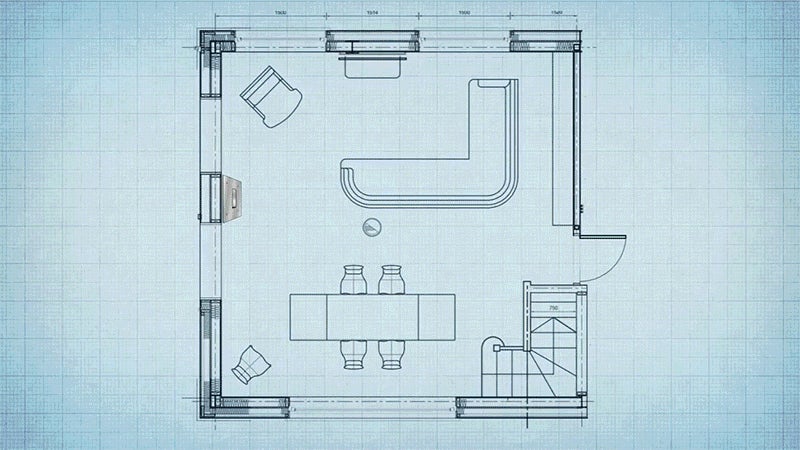 A sensor mounted to the ceiling constantly keeps tabs on a room's temperature. When it detects an excessive amount of heat, it triggers the Automist Smartscan sprayers on the wall to pop-out and start scanning the room using infra-red sensors to find the hottest point. When it's pinpointed what is probably the source of the heat, the wall unit blasts a concentrated spray of water mist in its direction to put out the flame, until the extreme temperatures it's sensed have sufficiently cooled.

Because it uses a highly targeted approach, the Automist Smartscan system uses about 90 per cent less water than a typical sprinkler system. It's more efficient, does less damage to a room, and it can be connected to a home's existing water supply using flexible low-pressure hoses so installation doesn't require a massive home renovation.

Plumis' Automist Smartscan system isn't available just yet, but it has been undergoing extensive testing both in the UK and the US. Will having the system installed mean you don't need to dial 000 the next time a fire breaks out in your home? Definitely not.

The system does appear to be able to neutralise a small fire before it spreads out of control, but in the event that happens you'll still want the fire department to show up with their equipment. But as far as fire prevention goes, the Automist Smartscan probably provides far more peace of mind than a fire extinguisher under the kitchen sink.