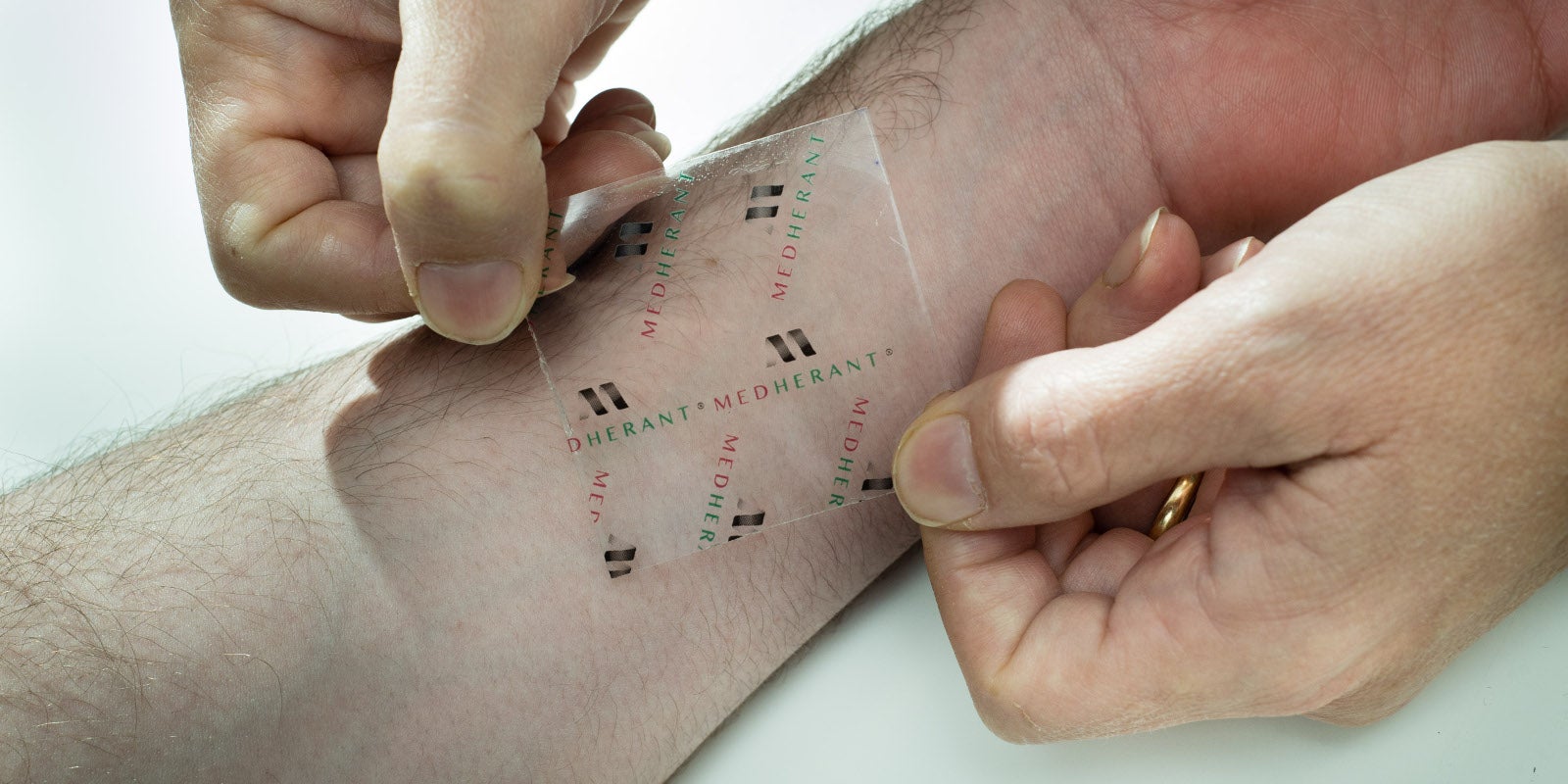 Ibuprofen is an amazingly effective and impressively safe pain killer. Now, researchers have created what they claim to be the first ever ibuprofen patch, that's able to conform to the skin and provide a steady release of the drug for up to 12 hours.

A collaboration between scientists at the University of Warwick in the UK and drug delivery research firm Medherant, the clear patch is made of a polymer matrix loaded with the drug. The researchers claim that the patch can hold as much as 30 per cent by weight of ibuprofen, which is higher than most ibuprofen gels, which tend to top out at about 10 per cent.

The team has managed to ensure that those high drug loads are delivered consistently over time, allowing the ibuprofen to diffuse through the skin steadily over the course of 12 hours. The patch itself is said to be 'highly tacky', allowing it to adhere to the skin and move with the wearer's body. Its staying power will make it easier to control dosage, and will also avoid the need for reapplication over the course of a day.

The new patch will likely prove popular for those with localised chronic pain, like back pain and arthritis. But they will have to wait at least a little while: the team behind the new patch reckon it will be "on the market in around 2 years".