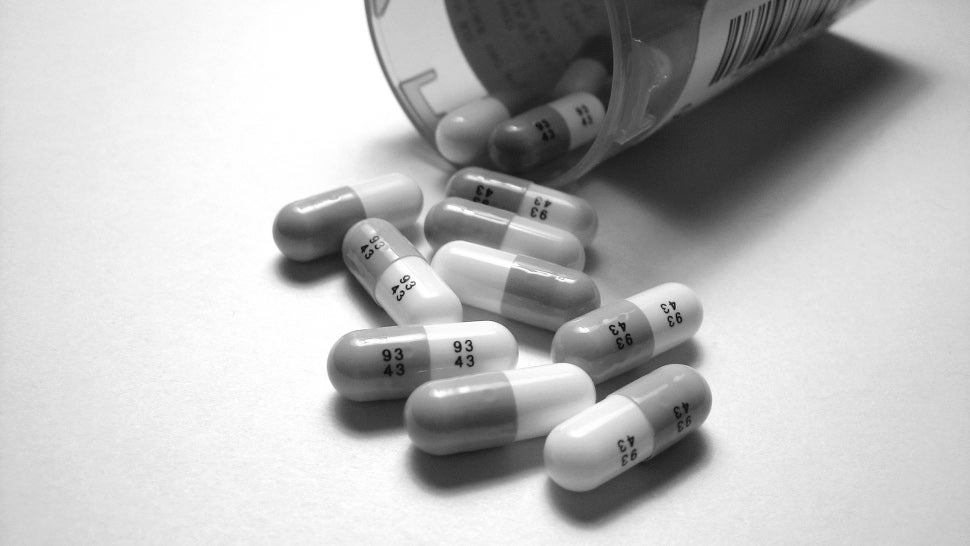 A new study published in the Journal of the American Medical Association has found that women who take antidepressants during the mid-to-late stages of their pregnancy experience an 87 per cent increased risk of having a child diagnosed with autism. Here's what the study actually found and why there's no immediate cause for alarm.

Pregnant women who take antidepressants, specifically selective serotonin reuptake inhibitors (SSRIs), during their second and/or third trimester are at nearly double the risk of having a child diagnosed with autism by age seven, according to a study published yesterday in JAMA Pediatrics. It's a dramatic finding that suggests a strong correlation between the use of antidepressants (AD) among pregnant women and the onset of autism spectrum disorder (ASD) in their children.

This area of research is hugely important because the cause — or causes — of autism is still not known. Scientific evidence suggests that genetics plays an important role, but other factors may be involved as well, such as maternal depression and exposure to any number of environmental risks. Indeed, an estimated 6 per cent to 10 per cent of pregnant women take antidepressants while pregnant, raising concerns that these medicines may somehow be contributing to the behavioural disorder.

For the study, a Canadian research team led by Anick Bérard from the University of Montreal and CHU Sainte-Justine Children's Hospital analysed the outcomes of 145,456 births (so it's a large sample) using medical records filed in the province of Quebec between 1998 and 2009. Specifically, they looked at the Quebec Pregnancy/Children Cohort, which recorded several categories of data, including the mother's age when she gave birth, depression history, use of antidepressants, the child's history of autism, socioeconomic status, and so on.

Bérard's team studied the outcomes of pregnancies in which mothers filed at least one prescription for ADs during trimester two and/or three. Each child was then tracked in the medical records for the first six years of their life.

Children were identified as having ASD by looking at hospital records indicating a diagnosis of childhood autism, atypical autism, Asperger's syndrome, or a pervasive developmental disorder.

Looking at all the births, the researchers found that 0.72 per cent of the registered babies — a total of 1054 — would later be assessed as having autism. Among the 2532 babies born to mothers who took ADs during the second or third trimester, 1.2 per cent would eventually be diagnosed as having autism.

Mothers who filled at least one prescription for ADs during their second or third trimester experienced a 1.87 increased risk of having an autistic child. For women who took SSRIs, such as Prozac, Zoloft, and Lexapro, the risk was 2.17 times higher.

Writing in an accompanying JAMA editorial, Bryan H. King noted that this stark difference "appears to be associated with exposure to SSRIs in comparison with other classes of ADs, which might also be taken as an argument that this is a drug effect rather than merely an association with depression." The researchers took maternal depression into account when compiling their figures.

The Meaning of Risk

To say there's an 87 per cent increased risk sounds alarming, but a closer look at the numbers reveals a clearer picture.

So at best, the study showed that there's a very slight increased risk of having a child with autism.

Speaking to the CBC, Evdokia Anagnostou, a senior clinician scientist at Holland Bloorview Kids Rehabilitation Hospital in Toronto, said that the researcher's findings are still within the normal range of autism prevalence reported across Canada and the United States.

"Mums need to understand that it is still a rare event, that we have more than a 98 per cent chance of having a typically developing child that doesn't have ASD," she told the CBC. "When they speak to their physician, the discussion should be about the wellness of themselves, their own mental health and their ability to raise the child that's come into this world. Plus they should also know that untreated depression is also associated with somewhat higher number of poor neurodevelopmental outcomes."

The University of Montreal research team isn't sure why ADs might be linked to autism, but scientists are aware that some drugs can cross the placenta.

"It is biologically plausible that antidepressants are causing autism if used at the time of brain development in the womb, as serotonin is involved in numerous pre- and postnatal developmental processes, including cell division, the migration of [neurons], cell differentiation and synaptogenesis — the creation of links between brain cells," explained Bérard. "Some classes of antidepressants work by inhibiting serotonin (SSRIs and some other antidepressant classes), which will have a negative impact on the ability of the brain to fully develop and adapt in-utero"

A Good But Incomplete Study

For the most part, this study is quite sound, though there are some areas of concern.

As a qualitative study, the researchers looked for a correlation, not causation; the data simply indicated a link between SSRIs and ASD. The researchers did not explain how ADs could possibly affect neurological development, or how it could influence and/or hinder genetic or epigenetic expression. Any subsequent speculation about causation is exactly that: speculation.

There are also some problems with methodology. The researchers only looked at medical records, so they can't be certain that the medications were taken as prescribed.

Mental health expert Peter Szatmari from the University of Toronto Sickkids pointed out to the CBC that some cases of ASD may have been missed, and that the diagnoses were not validated.

Also, this study is limited to Quebec and its unique healthcare system. Due to social, cultural, and language norms, autism and depression may not be diagnosed the same as it is elsewhere in Canada, the United States and Australia.

Lastly, the 6-year window is limited. The researchers should be able to conduct a follow-up study in a few years.

Read the entire study at JAMA Prediatrics: "Antidepressant Use During Pregnancy and the Risk of Autism Spectrum Disorder in Children".