These Dogs Are Honorary Geologists For Their Early Exploration Of Alaska 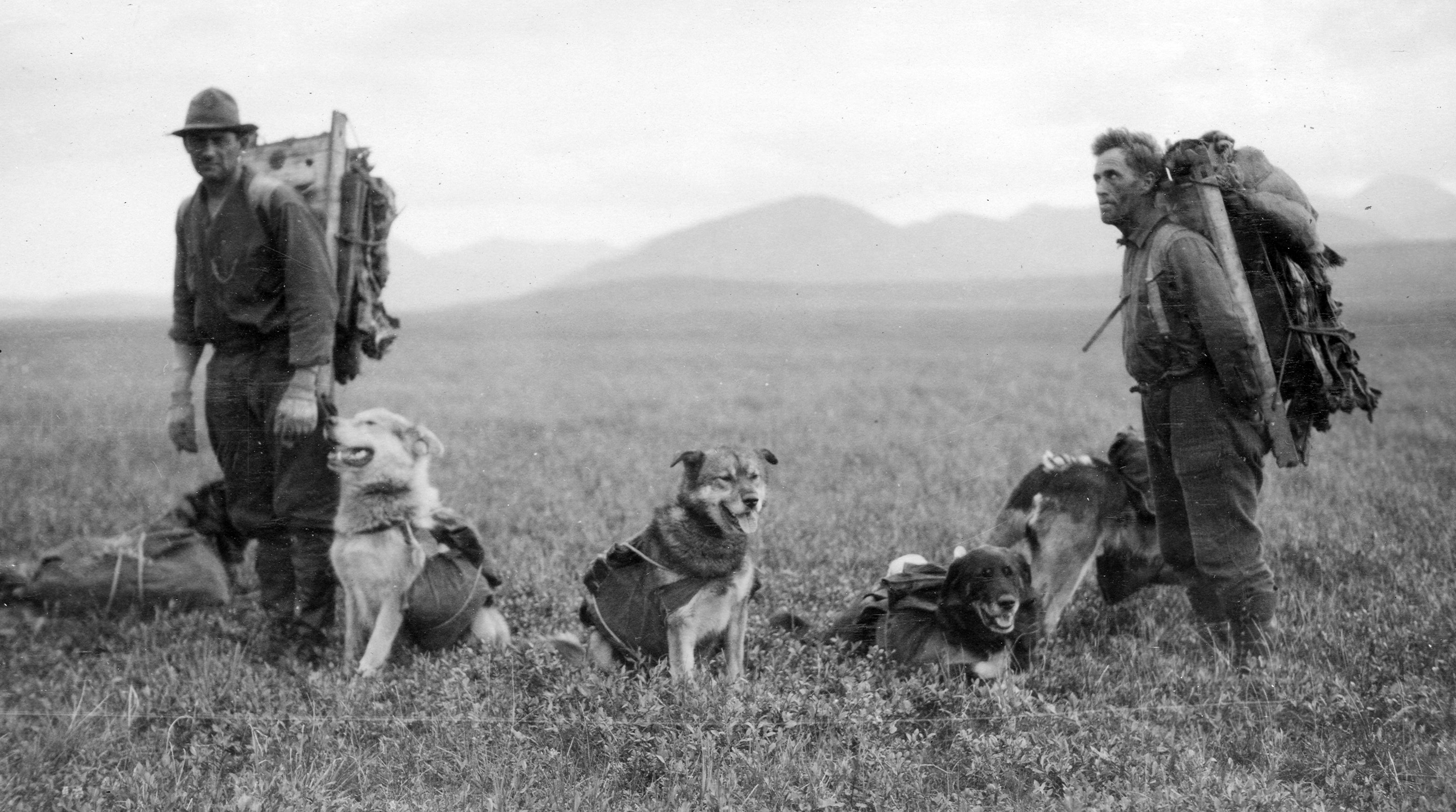 Every geologist needs a field hat to protect them from scorching sun and drenching rain, but a really lucky geologist will have a trusty dog. Meet the adventurous dogs who trekked across north Alaska, and the geologists who explored with them.

In 1924 and 1925, United States Geological Survey (USGS) field teams trekked across northern Alaska to survey the state. Their pack of field dogs helped carry gear, haul sleds, drag boats upstream, and carry meat home from successful hunts. These are photos from their adventures in the Colville district.

March 18, 1924: Geologist Mertie with his hands full of ptarmigan before the warming spring melted the Alaskan snow. Image credit: USGS

March 28, 1924: Lynt returns to camp from a victorious hunt with a sheep on his sled. Image credit: USGS

April 21, 1924: An ice mound along the east fork of the river with geologists and dog sled for scale. Image credit: USGS

May 20, 1924: Field life is lacking in a few luxuries at this spike camp on the southwest fork of a creek. Image credit: USGS

May 23, 1924: Uncrating canoes at Camp 22 in preparation for navigating the rivers. Image credit: USGS

July 5, 1924: Geologists and dog in a Peterboro canoes on Colville River. The wooden canoes were named for being manufactured in Peterborough, Ontario. Image credit: USGS

1925: Dogs hauling a large caribou back to camp after a successful hunt. Image credit: USGS

1925: Yup. This was quite a photo-shoot mid-exploration! Image credit: USGS

Top image: USGS field team trekking across a mountain pass in the Colville district of northern Alaska in 1925. Credit: USGS