Tardigrades Survive Intense Deyhdration By Coating Themselves In Glass 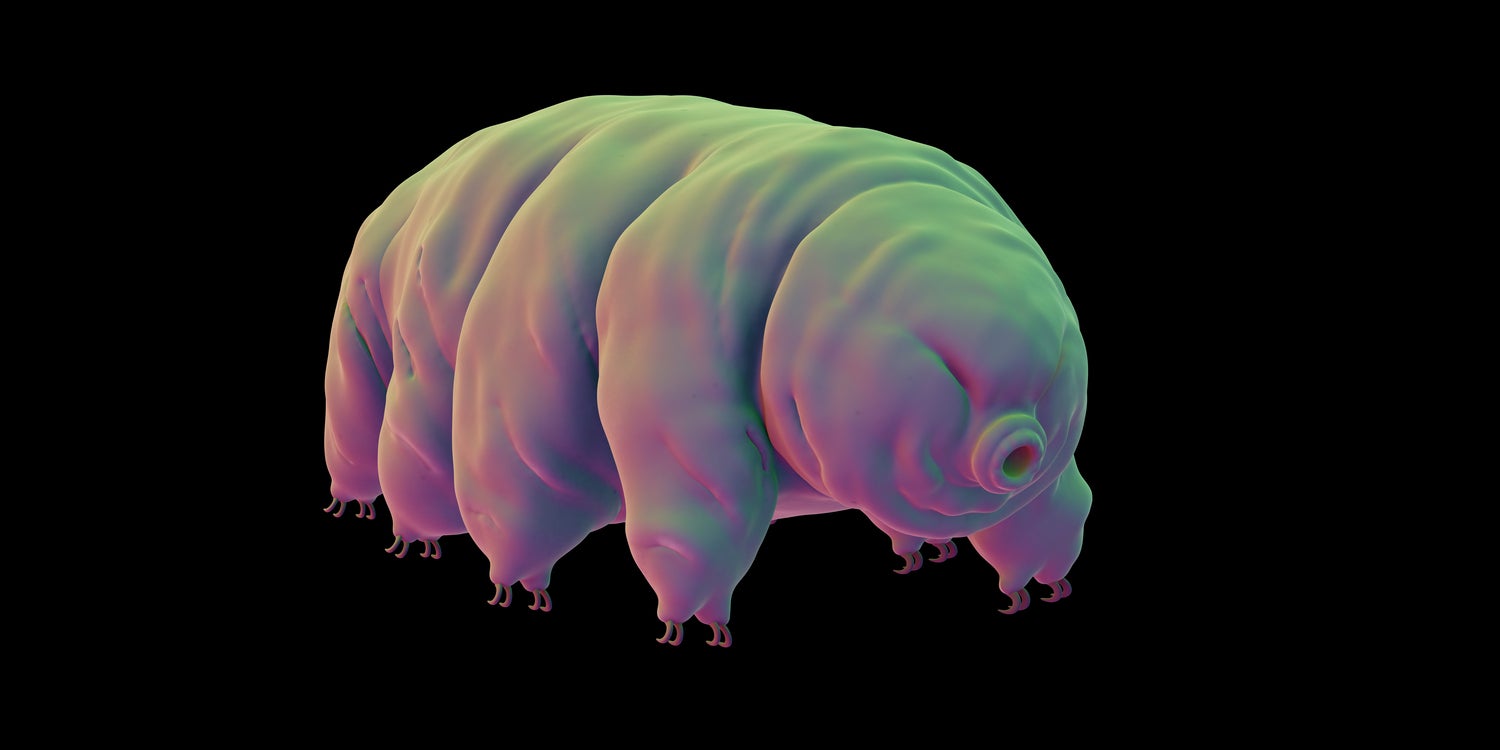 Tardigrades are tough little critters, and now one of their secrets for longevity has been revealed. It might sound like something out of a sci-fi movie, but the creatures seem to turn coat themselves in glass when they don't have enough water to live normally. The strange little creatures, sometimes called water bears, tend to live in wet locations. But if they find themselves somewhere dry, they enter a state where they can survive for years, even decades, without food or water. Yet they're also able to resuscitate themselves once more when they're in the presence of water.

I Fucking Love Science reports that this trick is made possible by the creature's ability to create glassy, protective layers within its cells. The tardigrade seems to produce a protein that's disordered in the presence of water. But when it dries out, the protein enters a glass-like phase, which appears to form a protective glaze over parts of its cells that would usually dry out and crumble when starved of water.

The team of University of North Carolina researchers, led by Dr Thomas Boothby, notes that adding water simply melts the proteins, allowing the tardigrade to function as usual. The research was presented at the annual meeting of the American Society for Cell Biology.

The team has also genetically engineered yeast that creates the protein. In tests, they found that it too produced the glass-like material, and was also better able than usual to withstand being dried out and then rehydrated.

We may yet be able to borrow a trick from the tardigrade. If it were possible to incorporate the glass-like protein structures into, say, medical supplies like drugs and vaccines, they could be shipped dry and unrefrigerated to remote parts of the world, and brought back to life with a simple splash of water, according to Boothby.