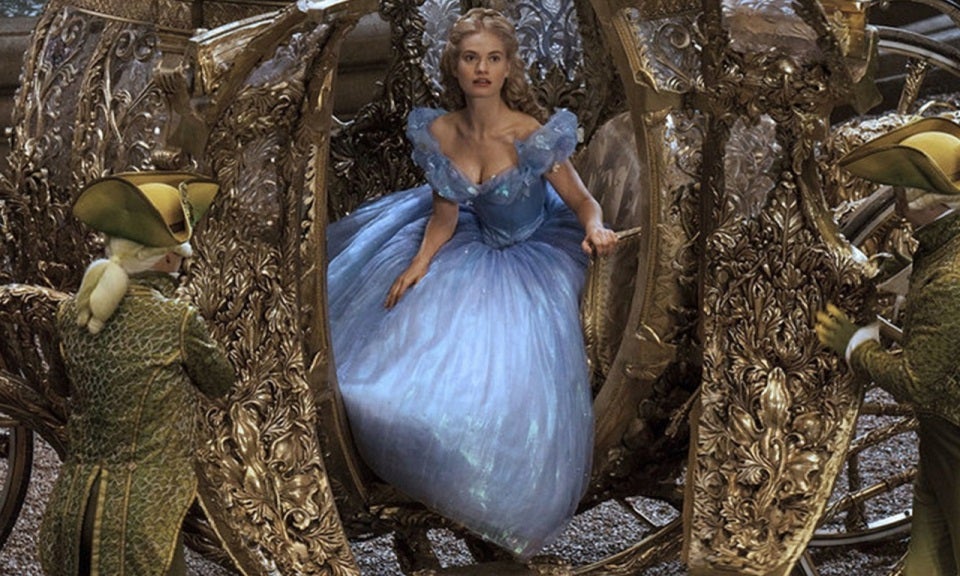 The world at large received yet more evidence that most psychological researchers have never interacted with a human being in this bizarre study about human behaviour based involving, doors, pens, surveys, and researchers hiding from each other behind pillars like Cold War counter-espionage agents.

In order to conduct controlled experiments, psychologists have to create bizarre conditions. They then have to be very careful in how they interpret the results of their experiments. That's understandable, but it does lead, occasionally, to studies that could double as performance art. In this case, researchers decided to study how to get people to thank you when holding open a door, and whether they would pay the kindness they had received forward. They decided that to test whether it would depend on whether the door opening involved "high effort" or "low effort".

The "low effort" condition involved an experimenter passively propping open a door while looking at their phone. The "high effort" condition involved the experimenter, when the subject was still 3m away, lunging for the door and carefully holding it open while making eye contact and smiling at the unwitting subject. To get a sense of the dynamics of this, I timed how long it takes to walk 3m. It only took me about three seconds, but I imagine that with someone fishing for eye contact and giving me a wide smile, that would be a long three seconds.

Just to make sure that the weirdness didn't stop in the first experiment, after the subject had passed through the door, the experimenter walked through after them and then immediately hid behind a nearby pillar. This is because a second experimenter, nicknamed "the interceptor" was waiting 6m away, asking the subject to participate in a survey. They assured the subject that they could stop filling out the study at any time. (Which also is a bizarre thing to say. Of course the subject could stop taking the survey at any time. What are they going to do to make you keep filling out a survey? That's like a taxi driver saying he definitely won't pull a knife on you if you ask to get out a block early.) 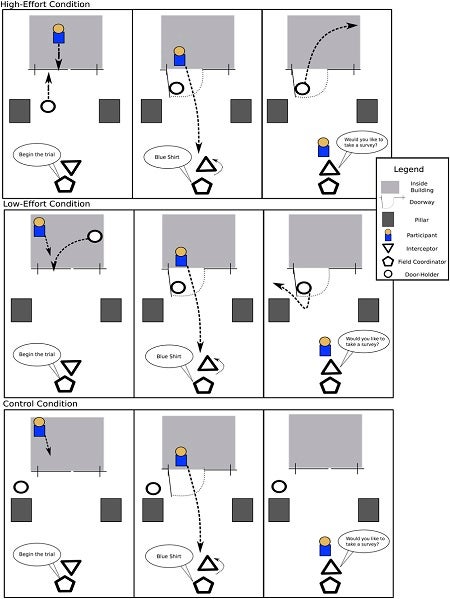 In a variation on the experiment, the person holding open the door was also holding a large box full of pens which they proceeded to spill after the subject was through the door to see if the subject would come back and help them. Sometimes they waited until the subject was ten or fifteen steps away to spill them, because scientists are jerks sometimes.

In a result that will shock no one, researchers found that the person who made a huge display of holding a door open while staring directly into the subject's eyes and baring their teeth like an aggressive dog got thanked more often than the person who took little notice of the subject and in fact seemed to be engaged in another activity while holding the door. The effort of the person holding the door open contributed neither to a person's likelihood of filling out a survey, nor to the average time they spent filling out that survey (491 seconds) because why would it? Holding open a door is not a kindness its a basic act of politeness. I've held open doors many times during my life and I've forgotten all of them for the same reason I've forgotten every bug I've made a point of not stepping on and every time I've slightly changed course instead of barreling directly into a person on a busy street.

To be fair, it did affect the amount of times that people turned around and reluctantly helped The Starer with their spilled pens. Each step made it less likely, although some people who helped the "high effort" person with their spilled pens even if they'd gone 10 to 15 steps away. You don't want someone like that nursing a grudge against you.

It is easy to understand the conditions and the intended focus of the experiment. At the same time, I think this experiment underestimates the amount of social cues involved, and doesn't understand the social norms. "Thank you" isn't always about gratitude — sometimes it's just about saying something whether you're grateful or not because prolonged eye contact is a request for social interaction. Door holding is usually seen as a social norm, not some kind of special favour. Making a big deal of it is more rude than helpful.

And, seriously, hiding behind a pillar?

[Source: How Does the Effort Spent to Hold a Door Affect Verbal Thanks and Reciprocal Help?]