Peer Inside A Beautiful Model Of A Spinning Star 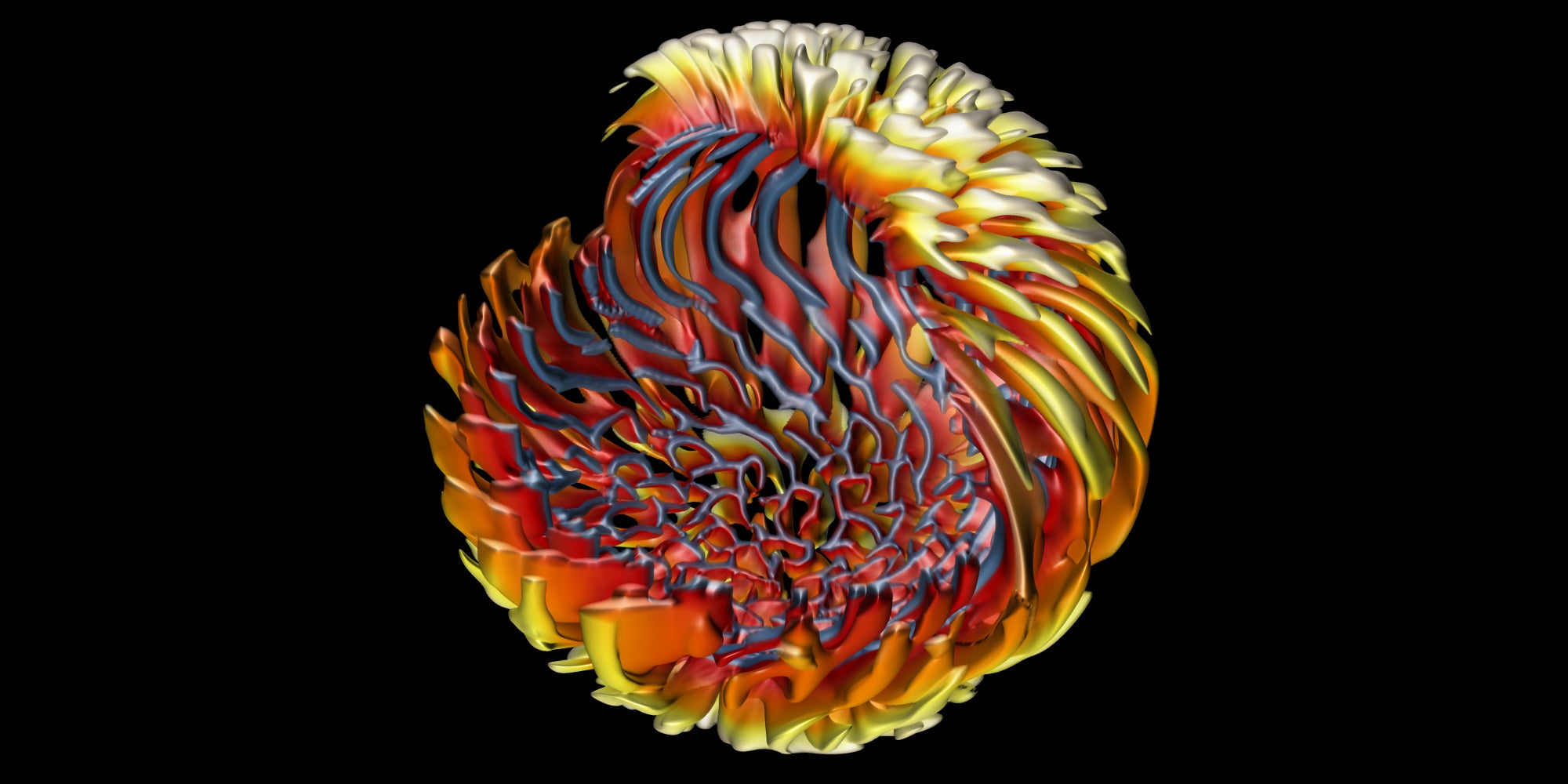 It may seem like some kind of delicate flower head, but you're actually looking at the results of a computational model which is used to predict what happens inside a star when it spins quickly on its axis.

Developed by researchers at the University of Texas at Austin, this models depicts a star that's about the same mass as our Sun but spinning five times faster. The complex patterns on the inside, generated using code that's run on the the Ranger supercomputer at the Texas Advanced Computing Center, reveal the the vicious turbulence caused by the intense temperatures at the center of the star.

Models like this help researchers to understand the relationship between the internal kinetics of stars, which are almost impossible for us to observe directly, and their large magnetic fields.