Hundreds Of Dinosaur Footprints Found In A Scottish Lagoon 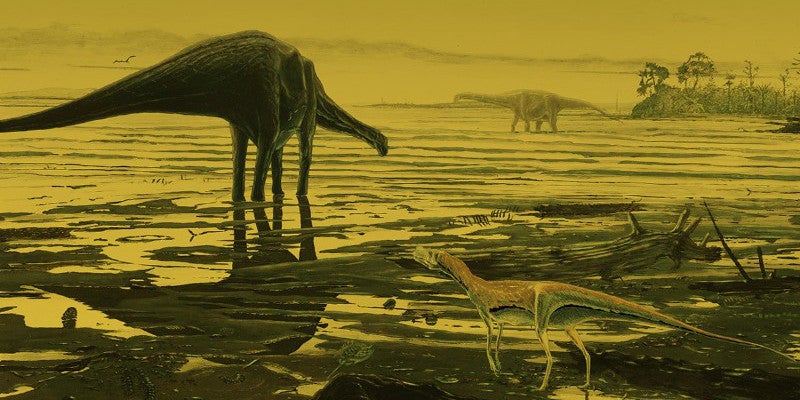 A team of researchers has happened upon several hundred footprints left by Middle Jurassic dinosaurs at a coastal lagoon in Scotland.

The footprints measure around 70cm across, which is larger than those that would have been left by T. Rex, and date back around 170 million years. In fact, the team that discovered the prints reckon they were left by early sauropods — large plant eating dinosaurs that weighed over 20 tonnes and could be as tall as a 7-storey building. 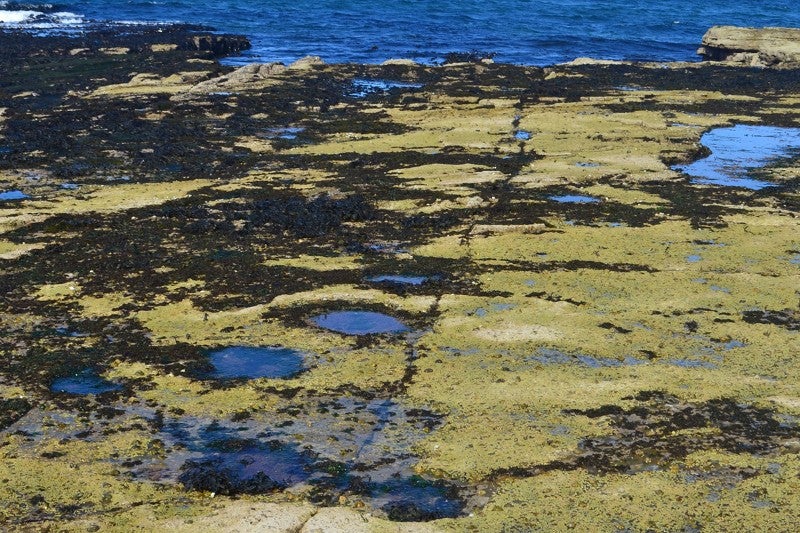 While other large areas of dinosaur footprints have been found in the past, this is the largest to be identified in Scotland and should help researchers better understand how early sauropods moved. Stephen Brusatte, one of the researchers, explains to New Scientist that "these dinosaurs weren't swimmers but they would have been moving around knee-deep in this brackish lagoon".

Amusingly, Brusatte stumbled across the prints by accident, when returning to his car after an unsuccessful day of fossil hunting.