How Do You Test A Plutonium-Powered Spacecraft? Very Carefully 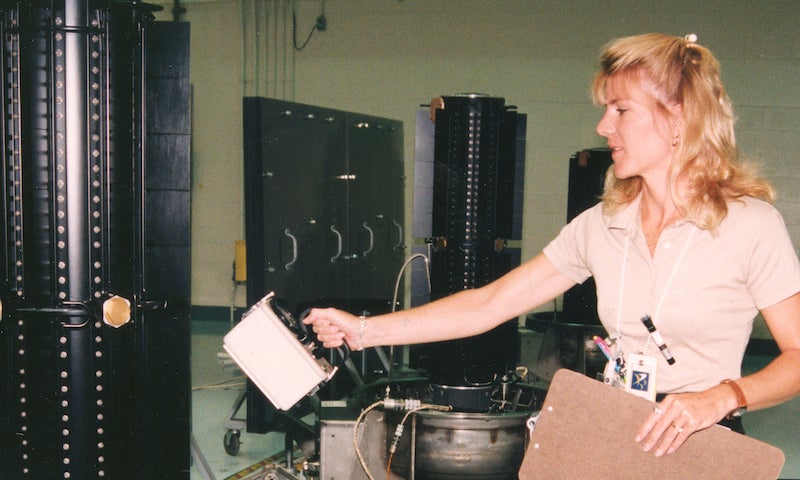 The most important part of running a spacecraft on the heat from radioactive decay is to make sure the it's actually decaying before you send it to space. All four of Cassini's radioisotope thermoelectric generators underwent testing before the spacecraft was launched in 1997.

Environmental Health Specialist Jamie A. Keeley used an ion chamber dose rate meter to check the radiation level of a radioisotope thermoelectric generator (RTG). The generators function by harnessing the heat of natural decay of plutonium to generate electric power, keeping the spacecraft functioning for years despite being so far away from the sun that solar power isn't practical.

The Cassini spacecraft was powered by three RTGs, with a fourth onboard for backup to generate an output of 292 watts of electricity at the start of the mission. A total of 18 general-purpose heat sources (GPHS) modules were stacked together to provide the heat source, each with a heat shield and impact shell to protect it. The plutonium dioxide fuel was blended into a ceramic to reduce the risk of vaporizing or other nasty reactions. The fuel was finally encased in multiple layers of iridium and high-strength graphite blocks to prevent accidental release. 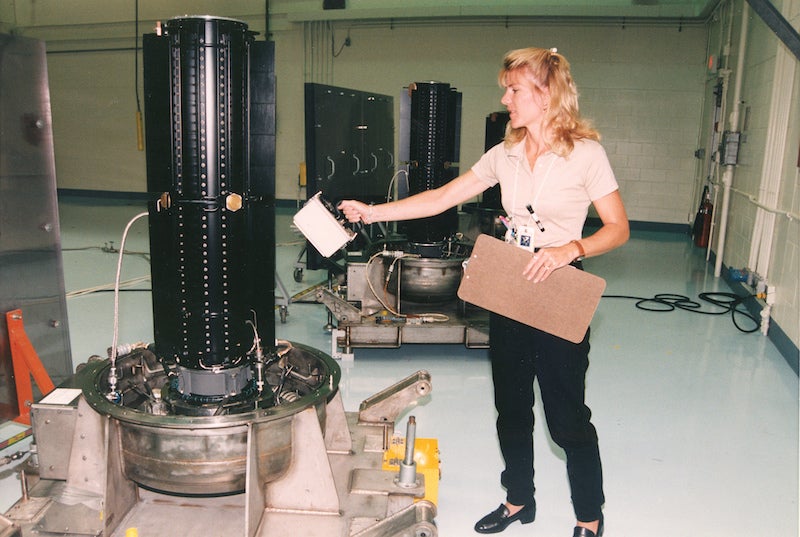 The Cassini/Huygens mission launched from Cape Canaveral in October 1997, slipping into orbit around Saturn in July 2004. Over a decade later it's still in orbit, although the mission will soon be wrapping up with a series of final targeted flybys before diving into the gas giant in the autumn of 2017.

The next generation of RTG technology is powering the New Horizons probe as it explores space beyond Pluto into the Kuiper Belt, although we're running low on plutonium for future deep space missions.