Can You Work Out The Mechanism On This Alcohol Clock From 1945? 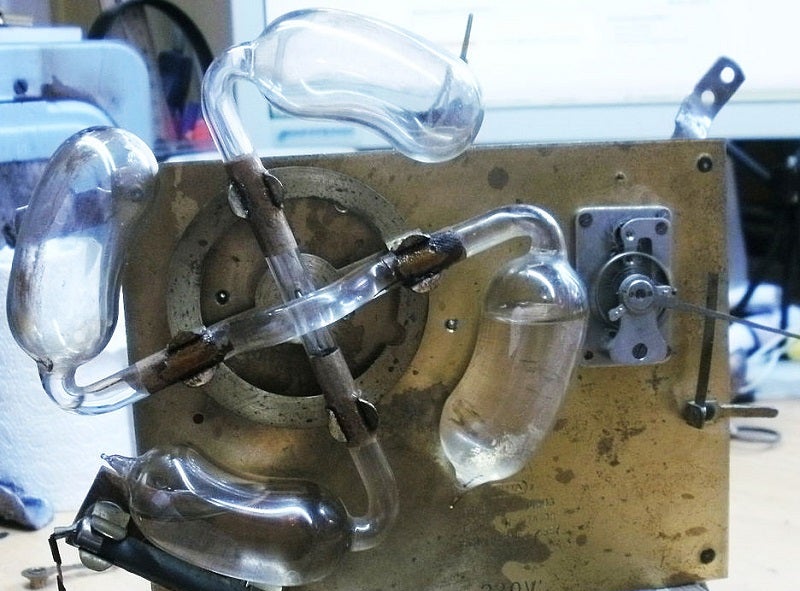 Alcohol clocks never caught on with consumers, so they were only marketed for a short time in 1945. Have a look at one in action, and see if you can figure out how it turns.

You might be able to find an old alcohol clock in a museum, or in the home of a very serious clock and watch collector. Some look nicer than others. Some are just turning pinwheels, while others sit beneath elaborate clocks in fancy glass cases. Regardless of ornamentation, they all use the same mechanism to work. Take a look at one in action and take a guess.

Soothing, isn't it? This isn't an example of a classic alcohol clock. Instead of the coil, the first clocks had light bulbs. The bulbs served the same function as the coil, though, in that they heated up the glass vial closest to them. As they heated the vial, the air in it would expand, forcing the alcohol up, through the central tube, and into the top vial. When the vial on top got sufficiently heavy, and the one below sufficiently light, gravity would cause the vial to turn and the clock hands to move forward.

This made for an impractical clock. A lot of things had to keep in a stead state for it to work. The temperature of the light bulb couldn't change and the vials had to remain air-tight. It didn't catch on, but it's a very neat mechanism.