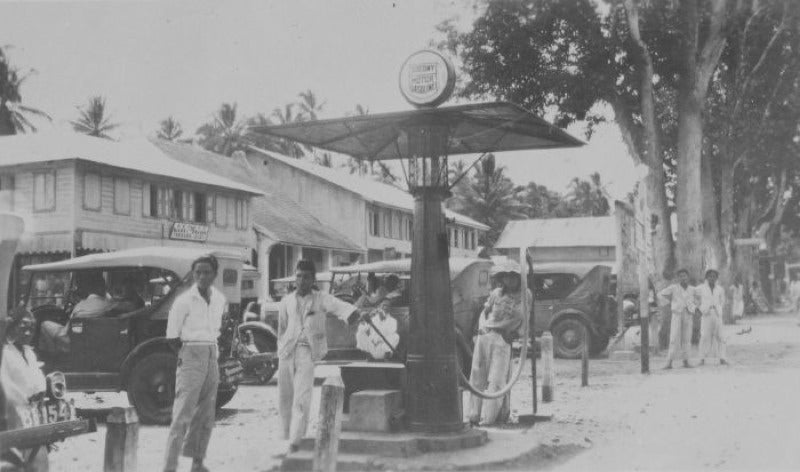 Do you like being able to drive in cars? Do you like the way World War I turned out? Do you not like Nazi collaboration? If your answer to all three questions is "yes", then Eugene Houdry is your kind of guy.

Eugene Houdry was born in France in 1892 - not an ideal time for anyone who wanted to live to see thirty. Houdry had just enough time to graduate from college, work a little at his family's metal working business, and do his mandatory military service when World War I broke out in 1914. It's rather remarkable that he didn't receive his first major wound until 1917, especially since he served in the tank division. Even at the end of World War I tanks looked like this: 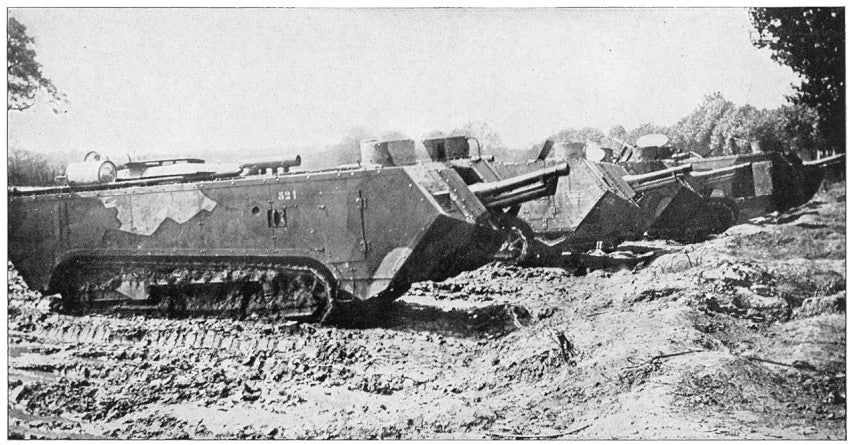 Houdry became obsessed with cars. He went to America after the war, toured race tracks and car companies, and went back to France eager to improve the process of making petrol. France did not have large petroleum stores, Houdry could see that whoever owned a fuel source for cars owned a huge piece of the future. And by 1910, the world was facing a petrol crisis.

Crude oil gets separated into hydrogen-carbon chains. Each chain has different uses, depending on its boiling point. Larger chains are heavier and hence less inclined to boil. Smaller chains with lower boiling points are suitable for petrol. The only way to get large chains to break down into small ones involved blasting them with heat, which was incredibly expensive and consumed a lot of energy. Supply was not keeping up with demand.

France was entirely out of the loop. All it had was lignite, otherwise known as "brown coal". Break that into petroleum, and France was in business.

Unfortunately, Houdry utterly failed to do that. He did, however, notice something odd about petroleum that came in contact with a substance called "Fuller's Earth". Fuller's Earth is almost as common as mud. If you have a cat, it's probably in the cat litter. It may be in your laundry powders or facial cleansers or mud masks. It was first used to clean the grease out of sheep's wool before it was made into cloth. The aluminium silicate is a magnet for oils.

More importantly, it was a catalyst for oils. The presence of this substance helped break hydrocarbon chains down more easily than ever before. When Houdry went to America, he spent multiple years working with oil companies to perfect a process, still called the Houdry Process, that would turn less oil into more petrol.

Houdry had time to see his chemical process change the world. By the 1940s, automobiles were everywhere — and unfortunately, so were Nazis. Houdry's criticism of the Vichy Government in France got his French citizenship revoked. America granted him citizenship in 1942. After all, the "Houdry Unit" of petrol companies was converting more oil into fuel than ever, in order to crank out fuel for the vehicles used in the war effort.

Eventually, Houdry became troubled by the inefficiency of cars, and the carbon they were putting into the air. This was well before climate change was an issue, but Houdry knew it wasn't good for anyone to breathe carbon monoxide. Back to work he went, coming up with a catalyst that allowed cars to burn up residual carbon molecules, increasing the energy output and decreasing how much carbon went into the atmosphere.

Houdry was still hard at work on how to creatively use various catalysts when he died in 1962. He was as modern a thinker as it was possible to be — especially for someone born in the 1800s.