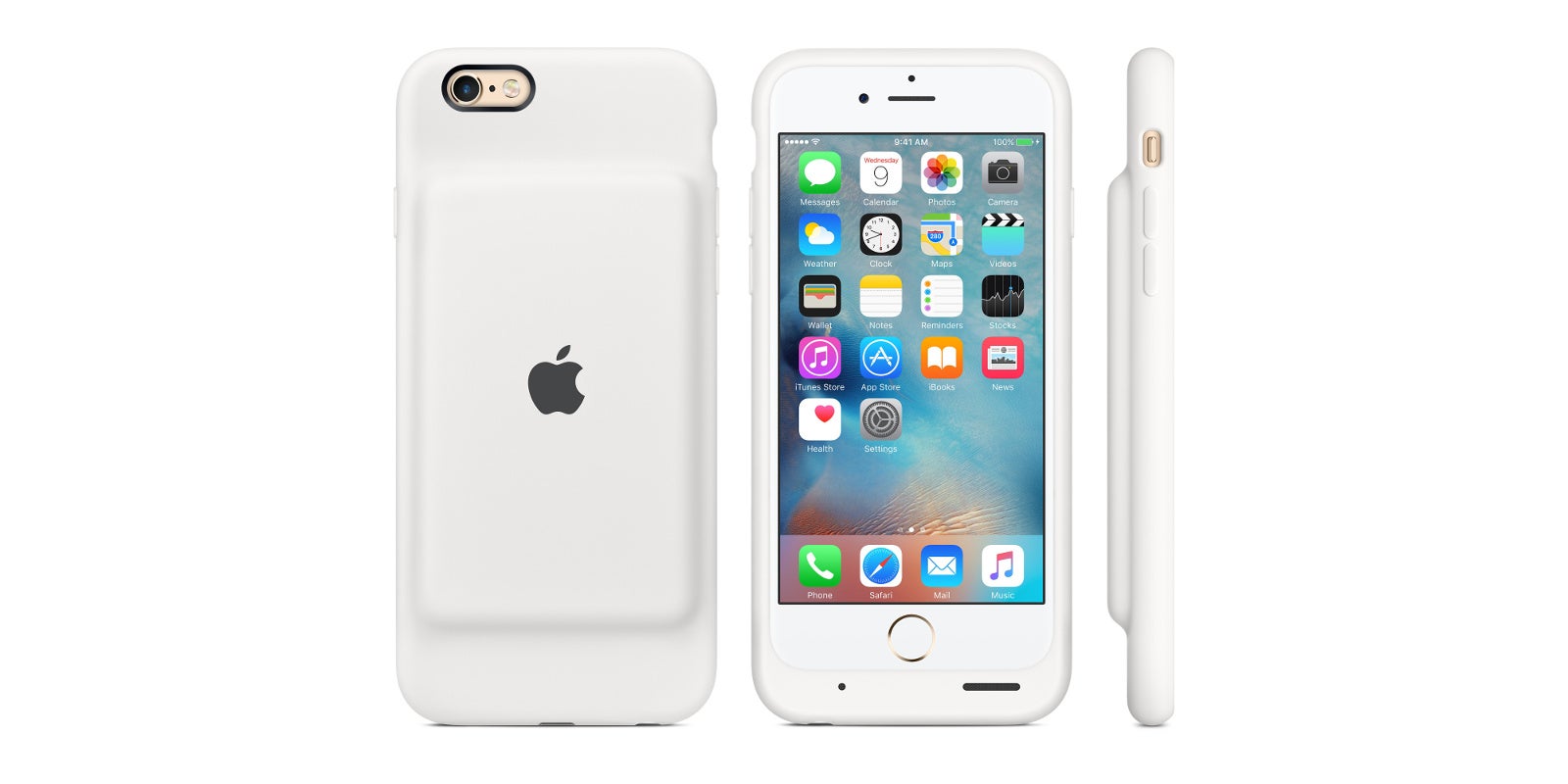 Apple has quietly announced a new official Smart Battery Case for the iPhone 6 and iPhone 6S. The case, which costs $165, will provide your phone with as much as 25 hours of battery life.

The new case is designed and produced by Apple specifically for the iPhone 6 and 6S. It's shrouded in soft-touch silicon, so it will probably be more grippy than the usual aluminium-and-glass, while on the inside it's lined with microfibre so as not to scratch the phone. An elastomer hinge means you can open and close it without too much effort, and it's sized to work with Apple's official Lightning Dock. That probably also accounts for the lumpen nature of the case, with the battery sitting central on its frame.

In terms of added juice, Apple claims the battery in the case will provide your phone with "talk time up to 25 hours, Internet use up to 18 hours on LTE, and even longer audio and video playback". The case's battery status shows up on the Lock Screen and in the Notification Center, so you know how long it will last.

The case is available to order now in charcoal grey or white. It costs $165.