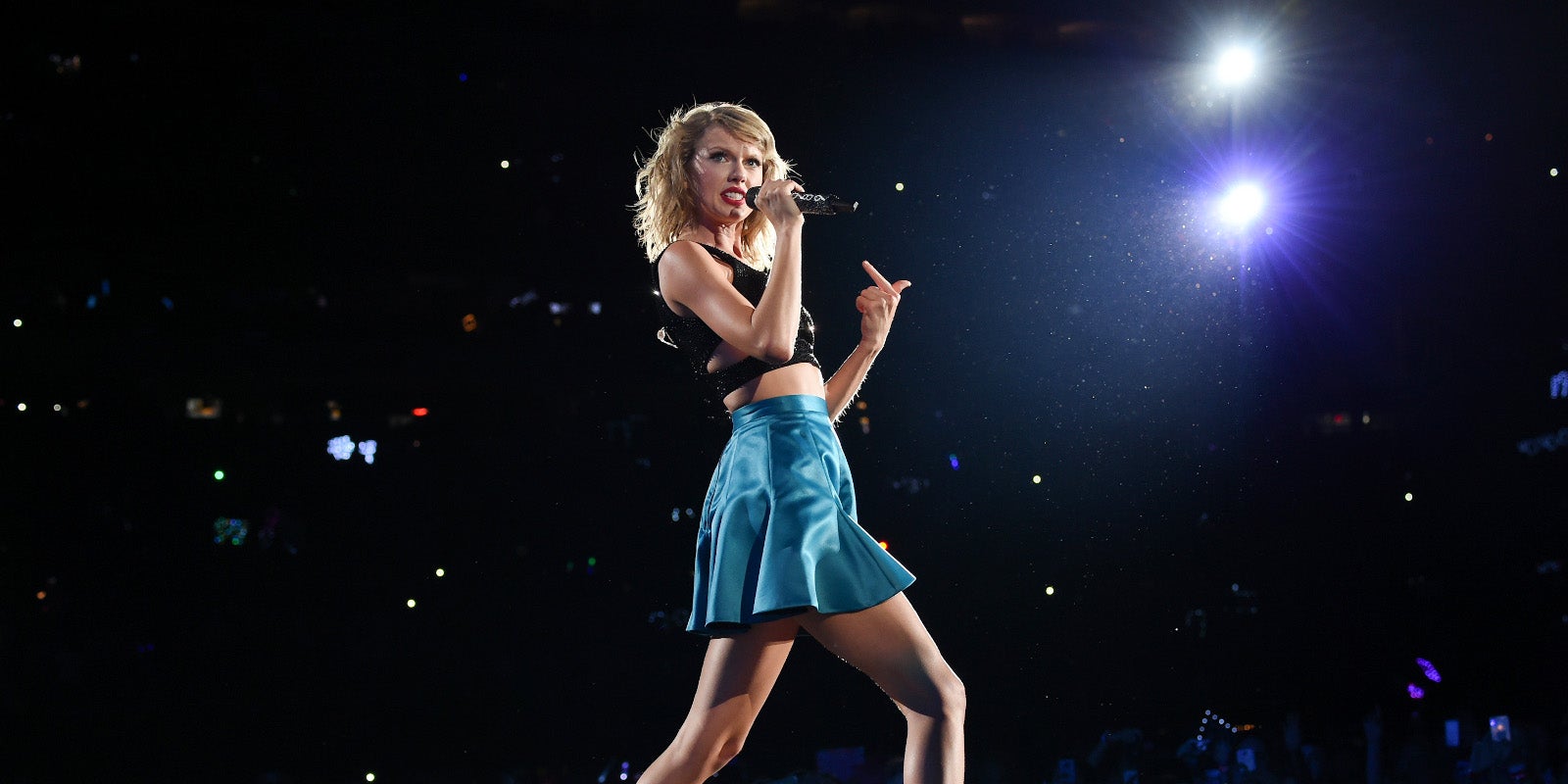 Yesterday, Apple announced that its Music service will have the exclusive rights to stream a concert film from Taylor Swift's current world tour. When her 1989 world tour concert video goes public on December 20, there will be only one place to watch it. And that place will be Apple Music. According to Re/code, you can also expect an onslaught of Taylor Swift-related promotion from Apple: it also bagged the rights to use her name and likeness for a series of promotions. So expect to see her face on iTunes gift cards, interviews with her on Beats 1 Radio, and, uh, we dunno, cardboard cut-outs in Apple stores?

Having exclusive content from, and use of the likeness of, one of the world's biggest music stars is clearly a big win for Apple. Indeed, this is the first holiday season for the new Music service, so the tech giants is likely relived it has a big name to help with its marketing. As for Swift, there's no official word on how much the deal is worth, but Re/code notes that "sources say she's getting paid for it".

Fair compensation is, after all, something Swift appreciates. During her scuffle with Spotify, she noted that "everything new, like Spotify, all feels to me a bit like a grand experiment. And I'm not willing to contribute my life's work to an experiment that I don't feel fairly compensates the writers, producers, artists, and creators of this music."

A second spat with Apple over the same issue even saw the company change its payment policy. That was enough for her 1989 album to make an appearance on Apple Music.