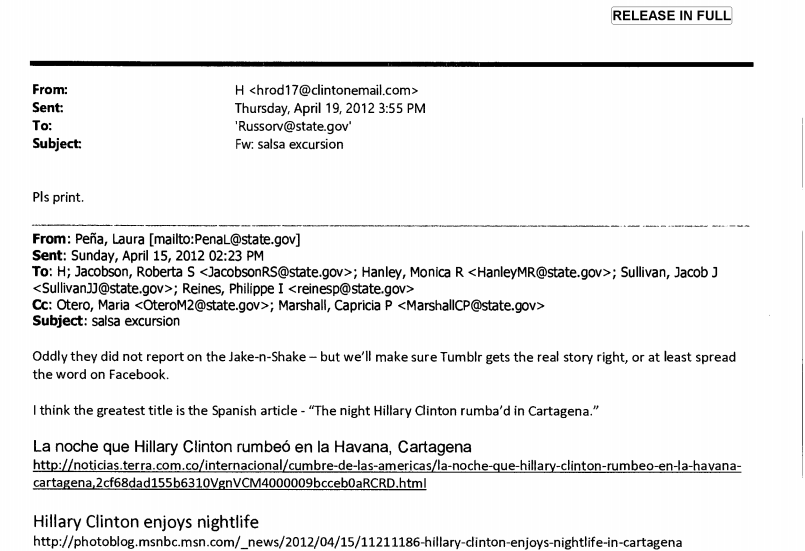 The State Department released its latest Hillary Clinton email dump yesterday, and I did it. I found two mysteries in one email. The email is from the last email release on October 30..............yet it has been bizarrely silenced by the mainstream media. No longer!

Former campaign staffer Laura Peña sent Clinton an email titled "Salsa Excursion" after a well-documented night on the town. It is not a mystery that Clinton wanted to print out a hard copy of her good press. ("Pls print" is a frequent Clinton request.)

The enigma is all in this sentence:

The first mystery: What in the fuck is a Jake-n-Shake?

My friends, I have no idea. This term does not appear on UrbanDictionary.com.

Is this a Jake Tapper reference? Or a Jake Sullivan? Or another Jake we don't even know about?

The second mystery is equally baffling. When did Tumblr become the go-to source for planting feel-good political fluff? Furthermore, what happened to make Peña fail so magnificently at planting the "real story" on Tumblr? 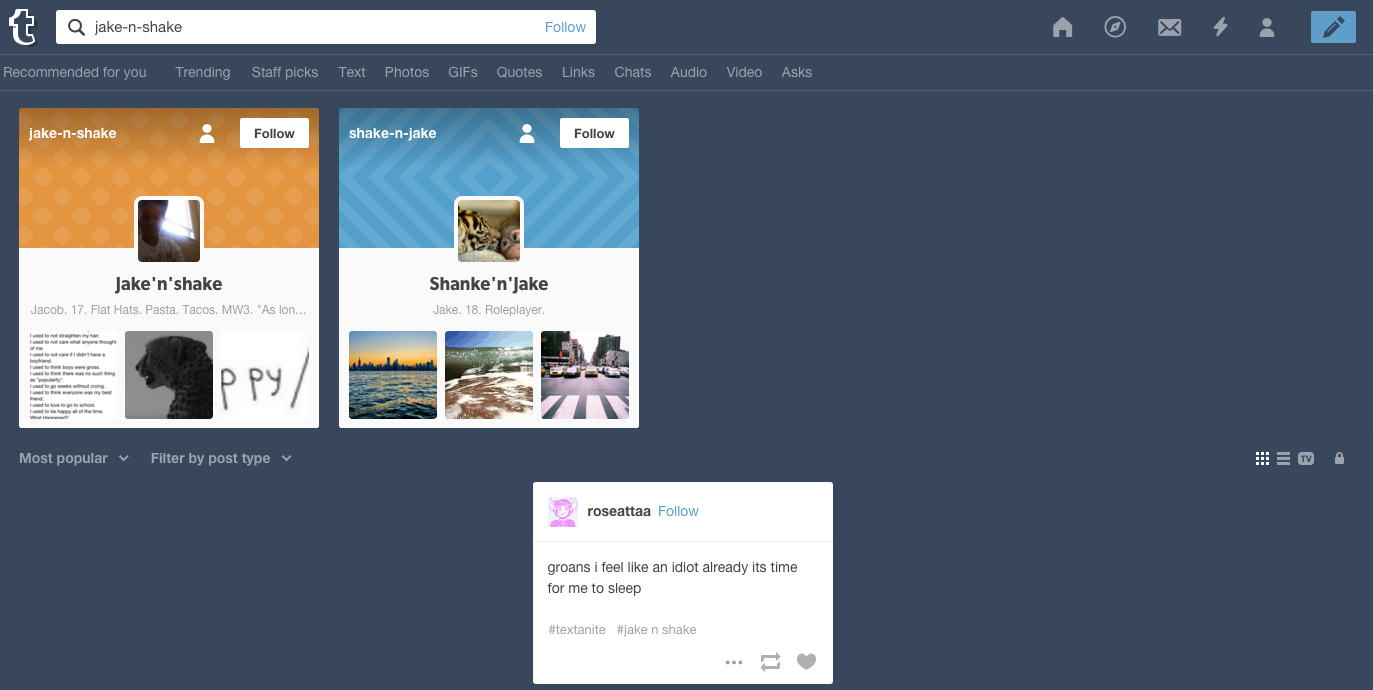 Tumblr has not yet returned my request for comment on whether it was contacted by the Clinton team re: Jake-n-Shake.

Please let us know in the comments if you know what a Jake-n-Shake is and why Tumblr is suppressing information about Clinton's relationship to Jake-n-Shaking.