Trees take carbon from the atmosphere and store it – until they die. (Image: alsamua / Shutterstock)

Across the World, Trees are Growing Faster, Dying Younger and Will...

This Guy Bought A Crappy Jeep, Turns His Woes Into Amazing Aussie Rap 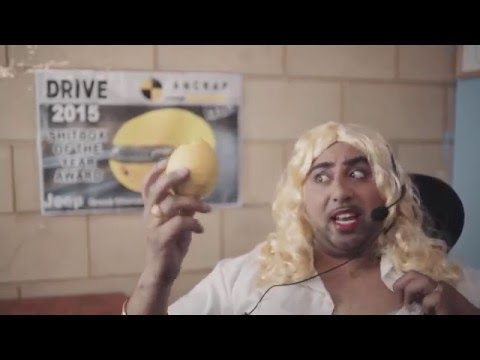 Chrysler Australia’s “I Bought A Jeep” campaign has been a massively successful undertaking for the struggling brand Down Under. One customer who bought a Jeep Grand Cherokee isn’t so happy, however. After multiple issues with his Jeep and no help from Chrysler Australia, he’s decided to put his troubled tale into song to smear the brand.

According to the clip’s author, Teg Sethi, his Jeep has gone back to Chrysler Australia for a series of annoying and downright dangerous faults that the company reportedly hasn’t been able to fix.

Hi there, my name is Teg, I live in Australia and in October 2013 I bought a new Jeep Grand Cherokee for $60,000.
This was a BIG mistake as it has been a lemon Jeep from the day I got it.
It’s had numerous issues and has been towed a number of times.
I no longer trust it to transport my family safely
I recorded this song and made this music clip out of frustration, as the dealer and Fiat Chrysler Australia have basically told me to bugger off.
I’m not the only person who has experienced major issues with Fiat Chrysler Australia… in fact, the Australian Competition and Consumer Commission (ACCC) had so many people complain to them, that they took action in September 2015 and announced sanctions against Fiat Chrysler Australia.
One guy even tore his new Jeep apart using excavators and then set it on fire in frustration of the way he was treated by the dealer and Fiat Chrysler Australia. He also setup a facebook page to keep the pressure on the government to introduce stricter laws to hold companies like this resposible for the supply of safe and reliable vehicles in Australia.
See the Destroy My Jeep website here: http://www.destroymyjeep.com

No doubt now that this is blowing up all over the internet that Chrysler Australia will respond. Good luck, Teg.