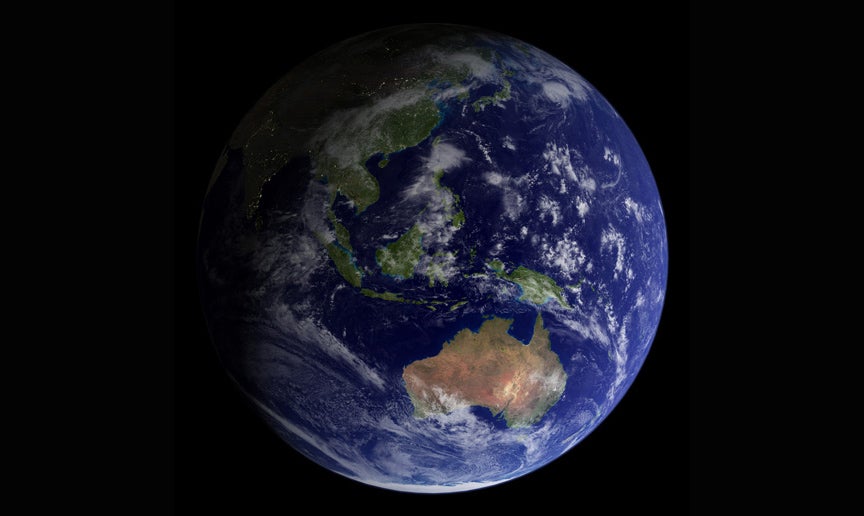 Water, water everywhere, but how on Earth did it get here? Many scientists believe that Baby Earth formed dry and was later soaked by an onslaught of extraterrestrial impacts. But a new study challenges that view, arguing that our planet has had water from the start. In fact, we have have inherited it from the tiny grains of dust that spawned the Solar System.

If the new hypothesis is correct, it could mean better prospects of finding other rock-and-ocean worlds throughout the galaxy.

To trace the origins of Earth’s water, geochemists rely on isotopes. Specifically, the ratio of hydrogen to deuterium (heavy hydrogen) can be used as a molecular fingerprint for water. Some studies have noted a close match between the isotope ratio of extraterrestrial rocks and that of seawater, bolstering the idea that Earth’s oceans crash-landed from above. But other analyses show that planet Earth today is missing material those impacts should have left behind.

Critically, the extraterrestrial origin hypothesis assumes that the isotopic composition of modern seawater is reflective of the geologic past. That may not be the case, seeing how our planet has been exchanging atoms with the surrounding Universe since it formed. Some researchers argue that Earth would have lost its light hydrogen isotopes over the eons, slowly becoming enriched in deuterium. And as comets and asteroids battered the primordial Earth’s surface, its original isotopic signature could have been further smeared away.

The new study took advantage of a more pristine record of Earth’s original water: Volcanic rocks from Iceland and Baffin Island in the Canadian Arctic. These rocks contain material from deep inside the mantle, stuff that could have been isolated for the planet’s entire history.

Lo and behold, when the researchers vaporised samples of these lava rocks and analysed the water trapped inside, they found that its hydrogen isotope ratio was light — way lighter than modern ocean water. In a paper appearing in this week’s Science, planetary scientist Lydia Hallis and colleagues argue that some of this ancient water probably came from the same cloud of gas and dusk that spawned the Solar System itself.

How on Earth the Earth got wet has been a matter of debate for years, and one new study probably won’t settle the matter. But this work should offer hope for those interested in finding Earth-like planets elsewhere. In the prevailing model of an initially dry Earth, wetting our planet up seemed like a random, one-off event. But if rocky planets can capture and retain water while they’re forming….then, well, the galaxy may be filled with dazzling oceanscapes.