You Will Not Believe What This Ordinary-Looking Bird Does 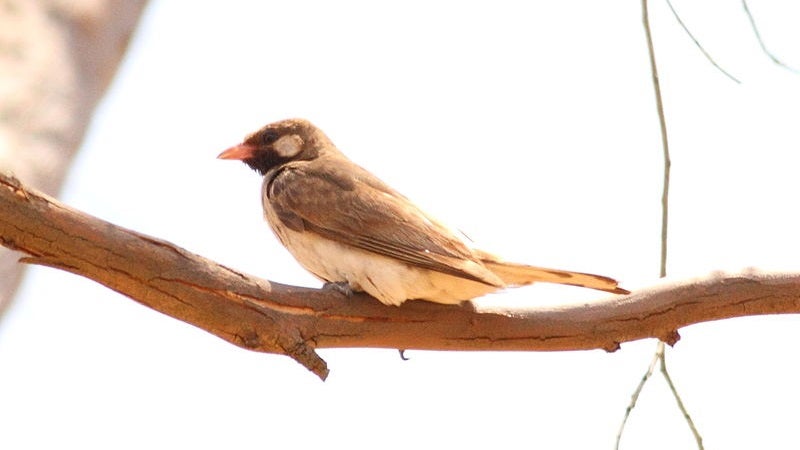 This headline sounds like click-bait. I can’t help that. Sometimes the world is click-bait, and the headlines have to follow its lead. What this bird does is unbelievable… in that researchers had to do a serious study to actually believe it.

The scientific name for this bird is Indicator indicator, which gives you an idea of what it does. The common name is the greater honeyguide, but it does not, generally, eat honey. Instead it eats the larvae and eggs in a bee’s nest, and is one of the few animals in the world that can live on wax. That would be a great adaptation, if it came with any other adaptation which might assist the honeyguide in getting some wax to eat. Unfortunately, a honeyguide can neither crack open the trees and stumps where bees build their nests, nor withstand the angry swarm of bees that would pour out if it did. 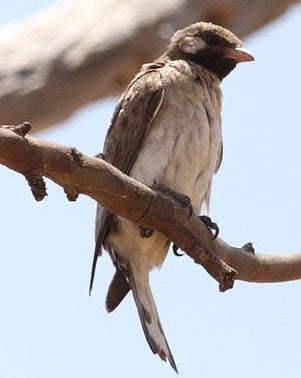 What to do? In the case of the honeyguide, the best thing to do is get the attention of an animal that can crack open the nest and subdue its inhabitants. And the birds happen to have the smartest animal on Earth at their disposal. The Boran people of Kenya regularly spot honeyguides — usually females and younger males — hopping around and making a distinctive call. The people follow the bird as it flies from branch to branch, until it leads them to a bee hive. There they stun the bees with smoke and crack open the hive. The people take what they want, leaving behind some comb for the honeyguide to eat as a reward.

The relationship doesn’t only work one way. When the Boran people feel the need for some sweetness, they often make bird calls and light torches, summoning any honeyguides in the area that might have their eyes on an inaccessible nest. If a bird is nearby, it’s often happy to oblige the people.

Well that’s bullshit, a group of researchers must have said. There’s no way a wild bird and a group of people have somehow come up with an arrangement to call to each other whenever they need to team up against a third species. That would be insane. Honeyguides must just hang around a bee’s nest, and people see them, and use them as an indicator that honey is nearby.

The researchers did a study, and found that when the Boran were using the bird as guides, they found the bee hive in one third the amount of time if they didn’t use the birds as guides. The honeyguide does exactly what its name promises it will do. No one has any idea when this team up started, but it seems to work very well for everyone — well, except the bees.