Watch An Idea Spread Through This Ant Colony 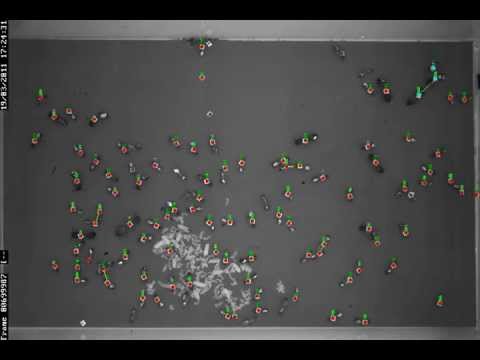 Video: A colony of ants can teach us something about how an idea spreads through social networks.

Scientists pointed a camera at ant colonies for forty-one days and produced the above video showing how an “idea” spreads through a group of ants via one-on-one contact. One ant gets tagged with a blue dot. When it interacts with other ants, they turn blue. When they interact with more ants, these ants turn blue.