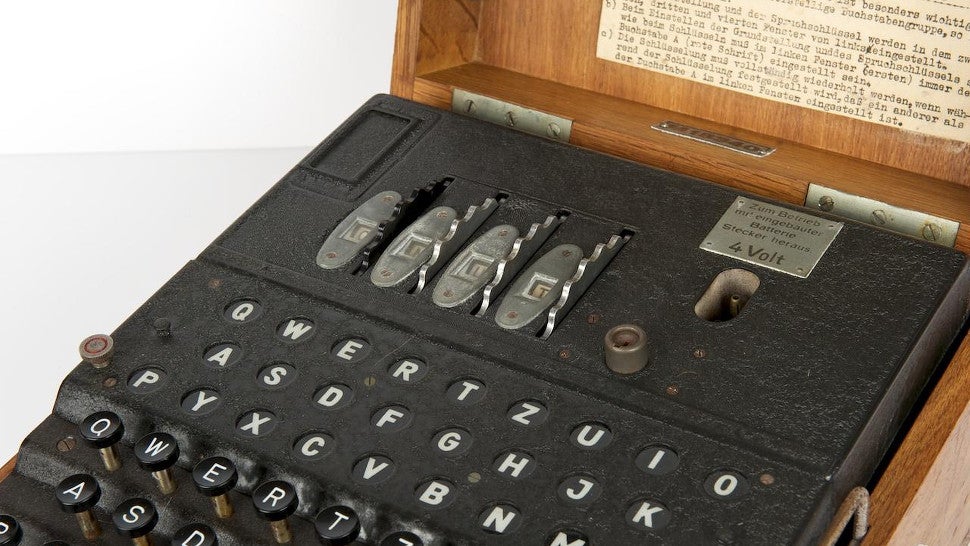 An exceptionally rare and fully-functional Nazi Enigma M4 enciphering machine used during the Second World War has sold for a whopping $US365,000, setting a new world record at auction.

The item, sold yesterday at Bonham’s “Conflicts of the 20th Century” event, went to an unnamed private collector. At $US365,000, it’s the single largest sum ever doled out for an Enigma machine. 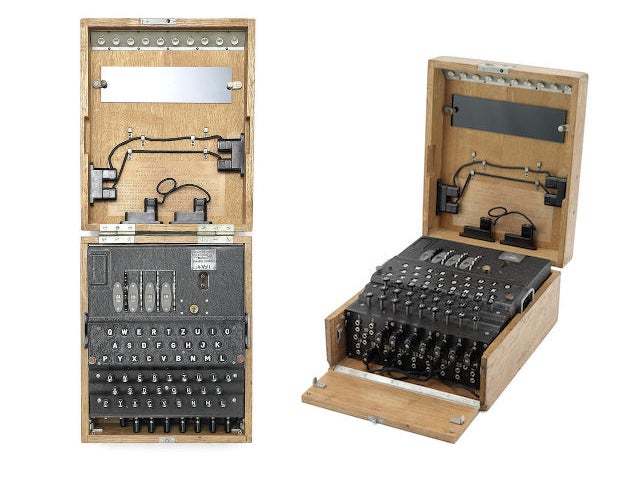 The M4, named for its four rotors, represents the scarcest of the German Enigma machines. Manufactured during the latter stages of the war, only 150 still remain in existence from the 1500 ever built.

The M4 Enigma machines were used exclusively on Naval submarines. Back in 1941, after rightfully suspecting that the three-rotor Enigma machine had been compromised following the capture of U-570 in August, German Admiral Karl Doenitz ordered the construction of the four-rotor version.

After its unexpected introduction on 2 February 1942, the M4 played a major role in the Battle of the Atlantic. Codebreakers at Bletchley Park, who called it the Shark-key, worked frantically to break it. The M4 remained unbroken for almost a year before Allied forces were able to capture new codebooks.

The rarity of the M4 stems from the fact that around 70% of German U-boats were sunk in the later stages of the war — partly due to the breaking of the Enigma code. What’s more, captains were ordered to smash their machines when captured. Historians suspect that, for every ten M3s still in existence only one M4 remains.

Currently, there are a total of 50 Enigma machines on display in various museums around the world. A mere seven of these are M4s, all of which were confiscated from captured U-boats.