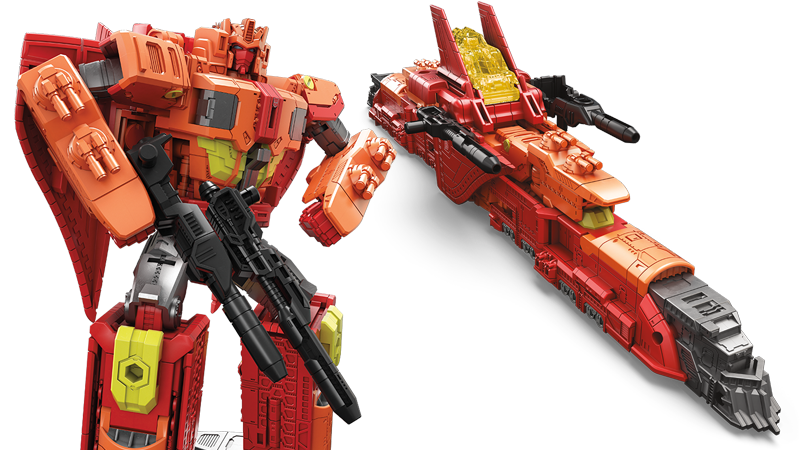 Sentinel Prime, the Autobot head honcho before Optimus, usually transforms into a big ol’ Cybertronian truck when in vehicle mode: but not the new Sentinel. He turns into two vehicles: one of which is a big, weapon-packed space train to the cosmos.

The new Sentinel Prime is being released as part of “Titans Return”, a new crossmedia comic/toy/cartoon story initiative being spearheaded by Hasbro for its Transformers franchise that is already bringing back the classic Headmasters action feature in some of the new toys. Sentinel Prime is set to be the star of this new storyline, so naturally he’s getting a new figure to boot. 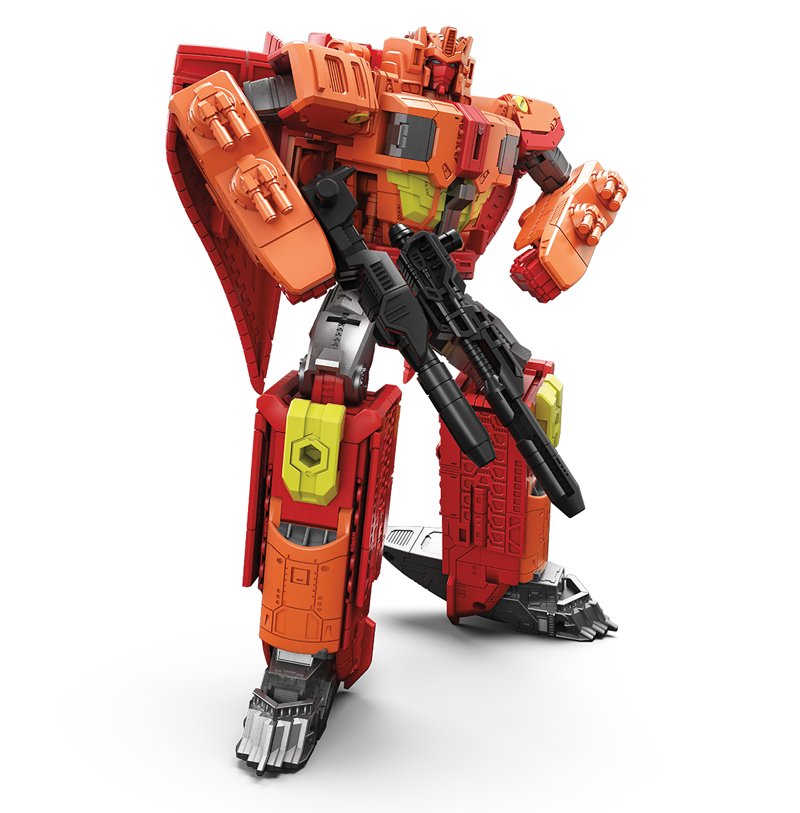 Based on his colour scheme in the IDW Transformers comics, the Voyager-Class toy will transform into not one, but two different vehicles: a spaceship and the aforementioned train. I mean, it might not actually be a space train, but considering the other one is a spaceship, and he’s also a giant sentient robot being from another planet, I’m totally fine with calling it a space train. 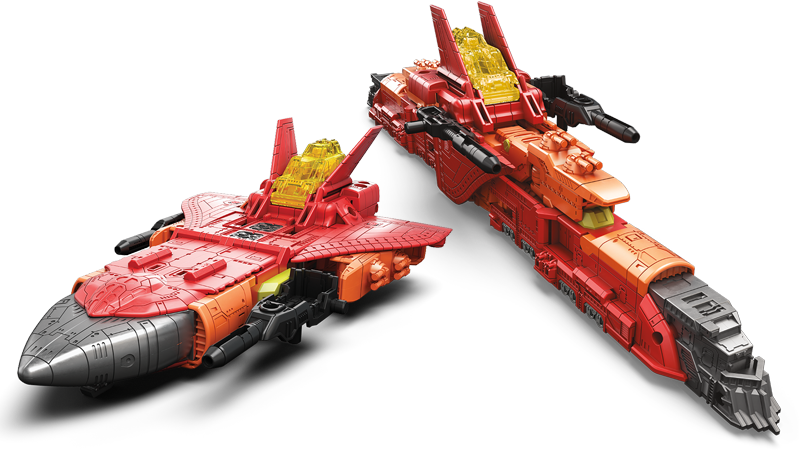 Sentinel Prime will also have his own Headmaster transforming head: Infinitus, which turns into an alternate appearance to use with the full figure.

Hasbro haven’t released any price details yet, but you can expect Sentinel Prime in the first wave of “Titan Returns” toys landing early next year.