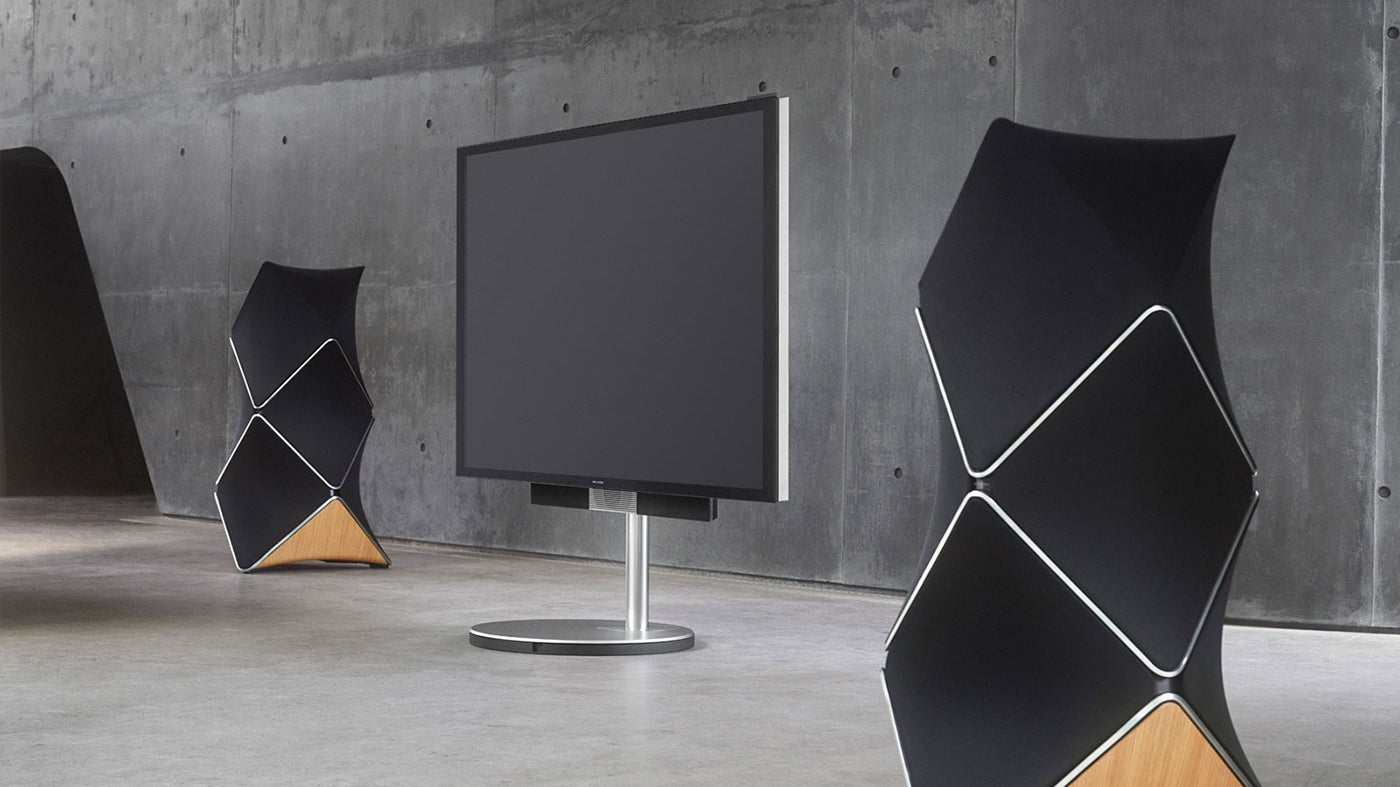 Bang & Olufsen will freely admit that its new BeoLab 90 speaker is ‘not for everyone’. Given that most people can’t blow $US40,000 on a car, let alone speaker-systems-as-modern-art, that’s not surprising. But at least for the money, you should get a nice hi-fi.

The 90 is being designed to celebrate the company’s 90th anniversary, so it goes on sale November 17th, 90 years to the day that B&O started pumping out beautifully designed radios.

But this isn’t some token ego piece. Each speaker has 18 drivers and 18 amps, pumping out a combined 8,200 watts. That is, scientifically speaking, a lot. Most car stereos are a couple hundred watts; small movie theatres are several thousand. Ouch.

Each speaker — $US38,995 per (or $55,500 AUD) — can push sound in all 360 degrees, or just down to a narrow sweet spot, all controllable from a phone app. There’s also smart software that will tune the speaker(s) to the furniture layout in your own particular room. Although, if you can afford these speakers, you probably have your own hi-fi guy to come tune them for you (and deliver earplugs at the same time).