What Does Virtual Reality Feel Like? This Muscle-Stimulating Armband Will Show You 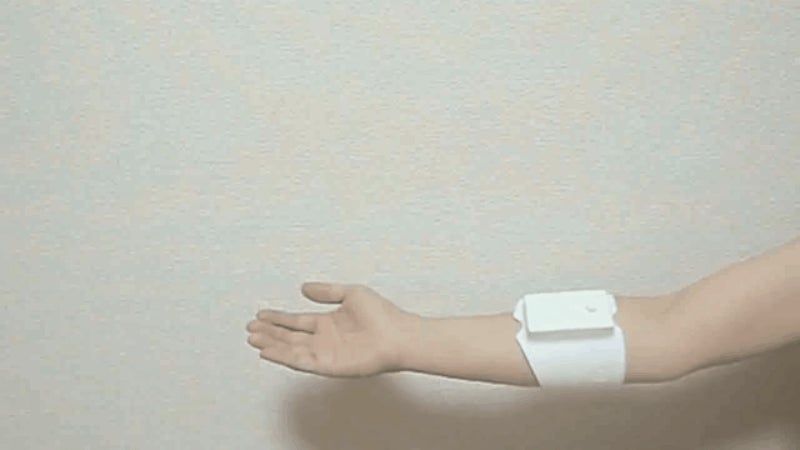 VR technology has made huge leaps over the past few years, but one thing that's sorely lacking is an interface that lets you feel in the virtual world. Now, a startup from the University of Tokyo says it has come up with one of the world's first video game controller that let you touch in VR.

It's called "UnlimitedHand," and it's a haptic sensor that you strap around your forearm, letting you touch, feel, pet, hold, grab, punch, push, pull and manipulate items, characters, and other stuff in a VR world. It's a project from a startup called H2L that originally formed at the University of Tokyo — the Japanese equivalent of Harvard. Now, the group's raising money on Kickstarter to bring the hand to market.

How does the Ace bandage-like apparatus let you feel the weight of that digitised sparrow perching on your fingertips? Your gestures are recognised using motion and muscle sensors, similar to other haptic devices.

But here's what's really remarkable about this version: The device stimulates your muscles right back, using multi-channel electronic muscle stimulators (EMS). It can actually control the muscles in your fingers and hands. It's also less unwieldy and bulky than its competitors, which tend to take the form of bulky gloves. 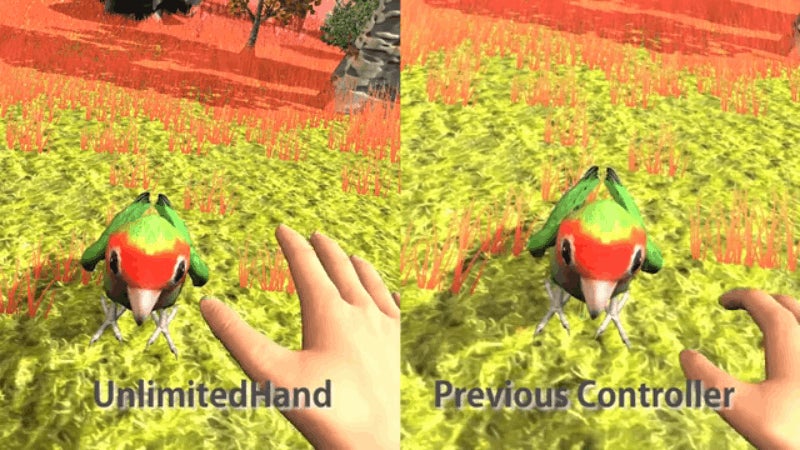 The Kickstarter page says that this tech will enable in-VR effects like "bodily encounters and occasions of being inflicted with damage within games [to] be felt in person." With Unity plugins, UnlimitedHand can be integrated into existing games, and with its open hardware Arduino capability, it's easily hackable on any platform, the creators say.

The backer price tag of $US188-$US248 is expensive, but I guess it's not crazy for an unprecedented controller for a relatively new form of tech like VR. Like all emerging tech, however, that price point needs to come down if it's to become popular and thus commercially viable. If it's a hit, could we apply the same EMS feedback technology to a full-body situation? How immersive can VR get on a tactile, physical level, I wonder?

In any case, the Kickstarter has already met its funding goal of $US20,000, and still has two months to go, with shipments slated for as early as November.