Technology Has Always Been A Distraction, Really 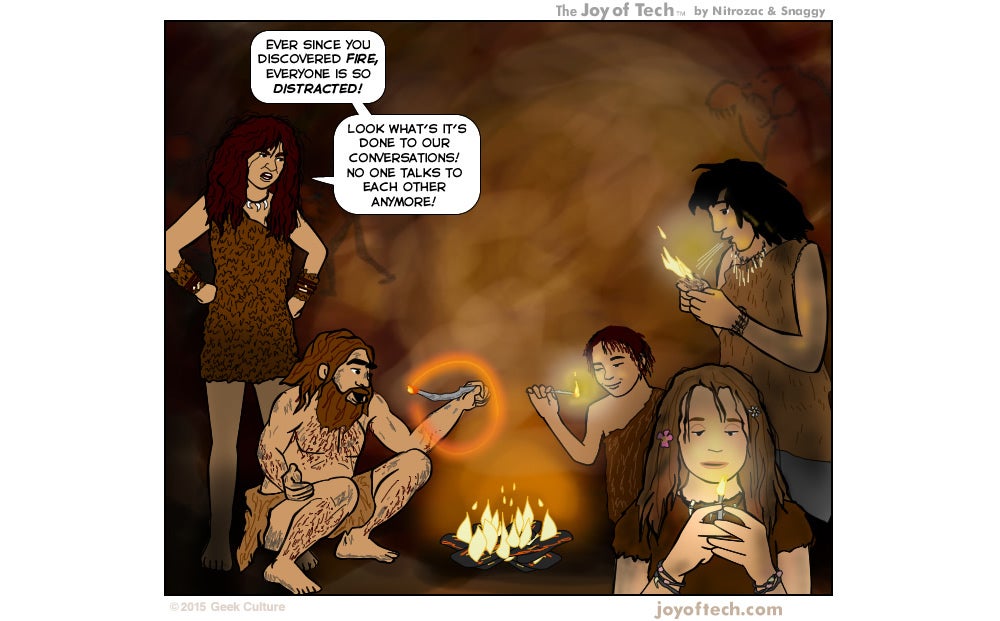 It's just that we've forgotten how magical glowing embers are since we discovered glowing black rectangles of metal and glass.