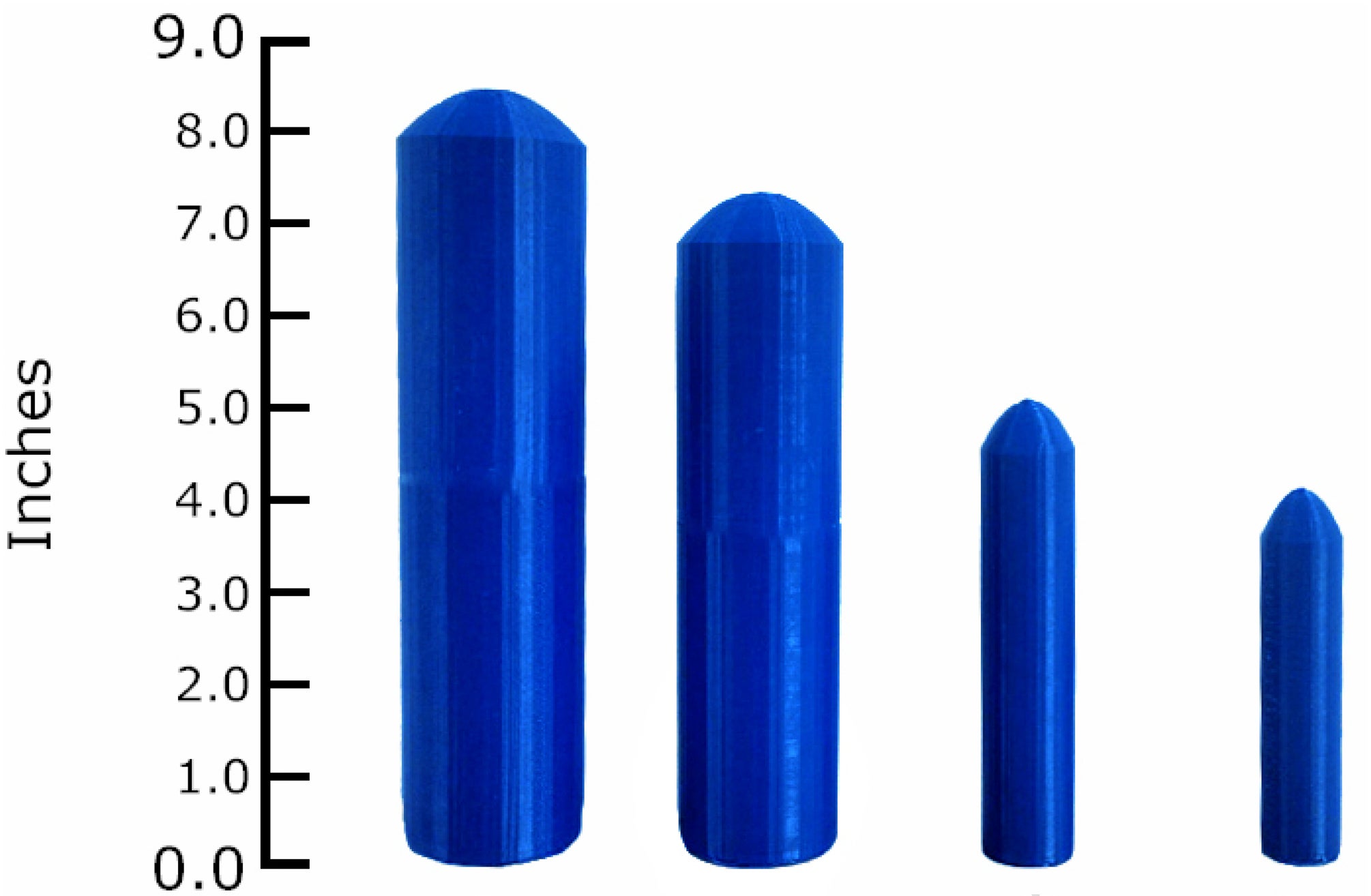 Previous studies of how women perceive penis size and shape relied on 2D drawings and photographs of flaccid penises. Now, a research team of psychologists from UCLA and the University of New Mexico have taken things into the third dimension.

Reasoning that touch was as important as sight for evaluating a partner's equipment, the researchers printed out a series of vaguely penis-shaped models in blue ABS plastic on a MakerBot 3D printer. (The print files are available here: make your own!) Each of the 33 models represented an erect penis with a unique combination of shape and size, ranging from 4 to 8.5 inches in length and 2.5 to 7 inches in girth.

Whether that's the wisdom of crowds, or whether test subjects were just going for the models in the middle of the offered range isn't entirely clear.