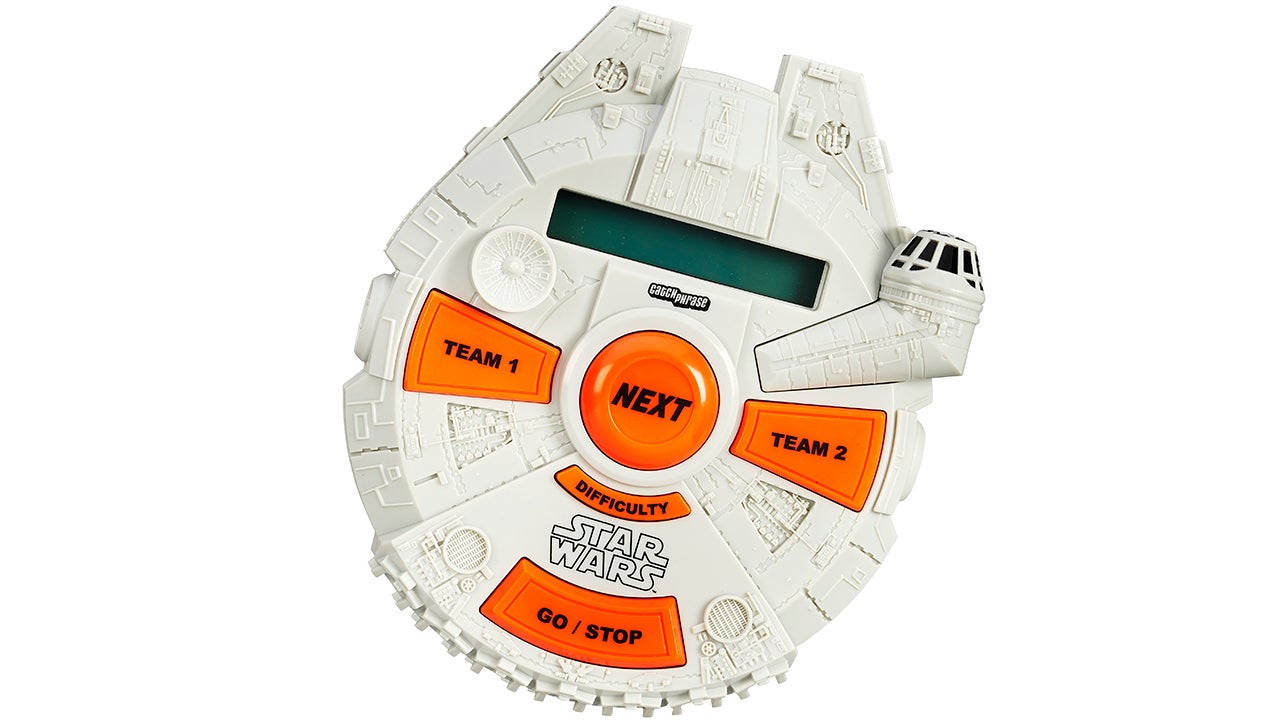 The premise of Catch Phrase is pretty simple: a player is given a word or phrase, and must then use any other words in the English language to get other player to guess it. But since this Falcon-shaped version only serves up phrases from the Star Wars universe, it might be slightly easier to play — if you’re well-versed in Star Wars.

Available now for $US25, you’ll need to feed this version of Catch Phrase three AAA batteries before the game gets under way. But since they’re just powering a simple LCD display and some basic sound effects, they should last for months and months. The game features various levels of difficulty for those who’ve seen the films once, or those die-hard fans who actually lined up for hours earlier this morning to buy all the new toys. [Hasbro] 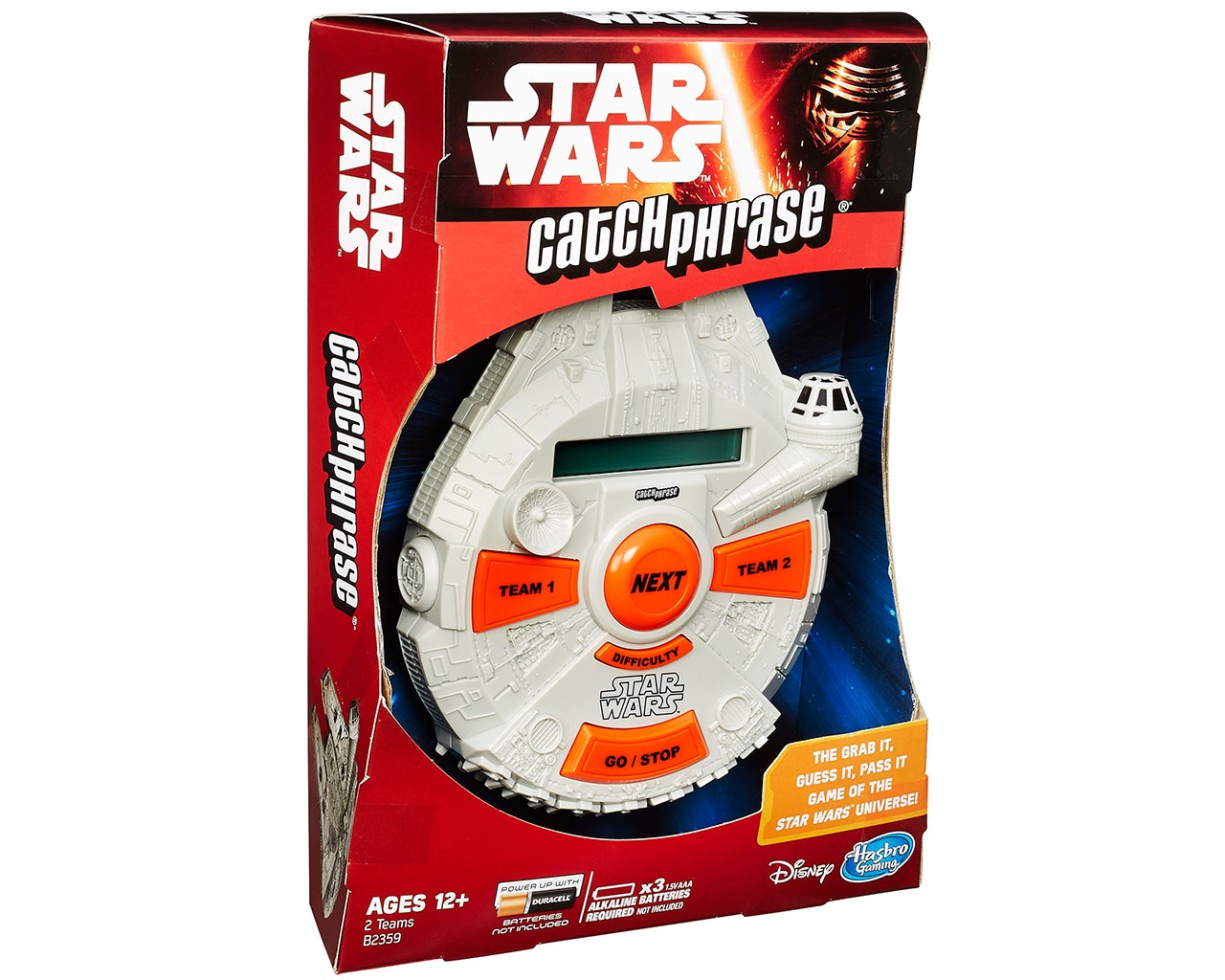