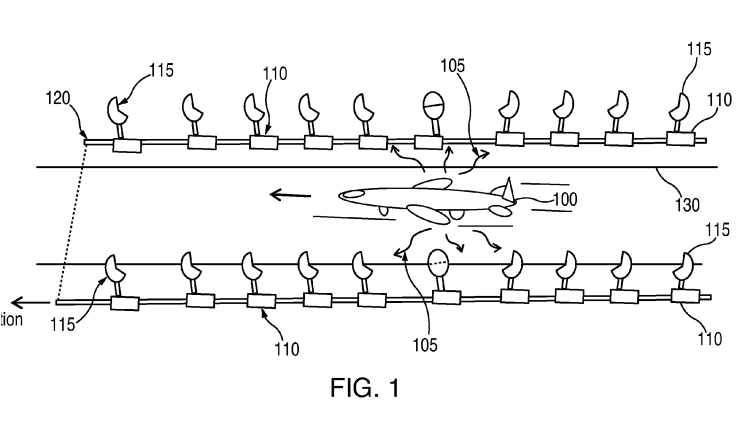 Jet engines are extraordinarily loud at roughly 140 decibels — and airports have struggled with mitigating their roar since the early days of commercial flight. An engineer at Boeing wants to make the cacophony more useful, if not silence it for good.

For Boeing, patents seem like a way to publicize the company's most futuristic R&D; recent filings including nuclear- and laser-powered jet engines, Star Trek-style force fields for cars, and drones that turn into submarines. The company's latest patent-turned-future-report? A filing from employee Chin Toh for a "method for producing electricity from airport acoustical energy."

The idea is to harness the intensity of the noise generated at airports by planes taking off and landing, and turning it into electricity that the airport could use to power operations. "This acoustic energy is left to dissipate and represents a lost energy resource," Toh writes. "Heretofore, there has been no way to recycle the acoustic energy generated by aircraft during takeoffs and landings."

Toh describes all those soundwaves as wasted energy — that we should have started putting to good use a long time ago. The design would change how the average runway looks, lining them with thousands of "acoustic wave collectors" situated along the edges of the runways, not unlike a lighting system. These devices would collect and focus the sounds — eg the vibrations — of the engine's roar while taking off or landing. Then this vibrational energy would be converted into air flow, powering a turbine that then generates electricity. A substation at the end of each link would collect and transmit this energy to the ultimate source. 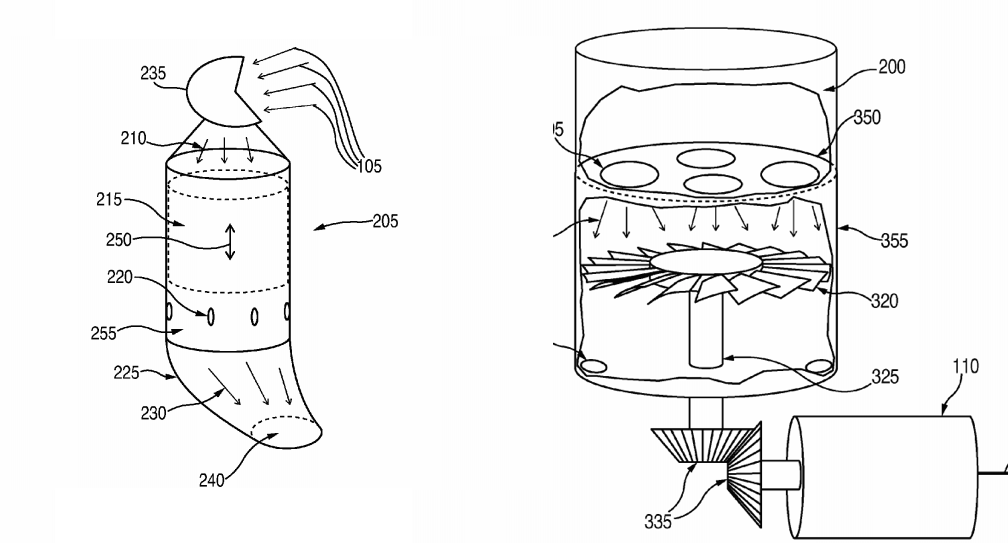 In theory, it's a sound idea (har har), but it's tough to know exactly what the energy output would be from the system — a crucial piece of information, considering that Toh's design would require quite a bit of money and work to install at a working airport.

A few years ago, MIT's School of Engineering published a useful explainer on harvesting sound energy, pointing out that the sounds humans can bear hearing don't pack much of a punch compared to, say, photovoltaics:

What the human ear perceives as clanging cacophony — the roar of a train engine or the whine of a pneumatic drill — only translates to about a hundredth of a watt per square meter. In contrast, the amount of sunlight hitting a given spot on the earth is about 680 watts per meter squared.

Still, "the idea is definitely there, and it's quite promising," says a fellow at MIT's Materials Science and Engineering department named David Cohen-Tanugi in the piece.

So until our own technology for harvesting soundwaves improves in efficiency, Toh's patent probably won't make much practical sense. But it's still an interesting example of how ambient phenomena in our environment could be harnessed as a source of energy.

Airport administrators are increasingly looking for ways to deal with noise pollution — a few years ago, Amsterdam's Schipol airport experimented with a land art installation that actually dampened runway noises using basic acoustics. Not every airport has the means or space to dampen the roar, but perhaps one day they will have the technology to make it useful.