Astronomers say this view of the Andromeda Galaxy is probably similar to what the Milky Way Galaxy would look like from outside.

Like the Milky Way, Andromeda is a spiral galaxy, and it's our nearest galactic neighbour in the cleverly named Local Group. Of course, "near" in astronomical terms means about 2.5 million light years. But someday, Andromeda will be much closer; astrophysicists say it will collide with the Milky Way in a few billion years. Eventually, the two galaxies will merge into one big elliptical galaxy.

This image is actually a digital mosaic of 20 frames, taken with a 32cm telescope. The individual stars you see are actually stars in the Milky Way, showing up in the foreground of the image. 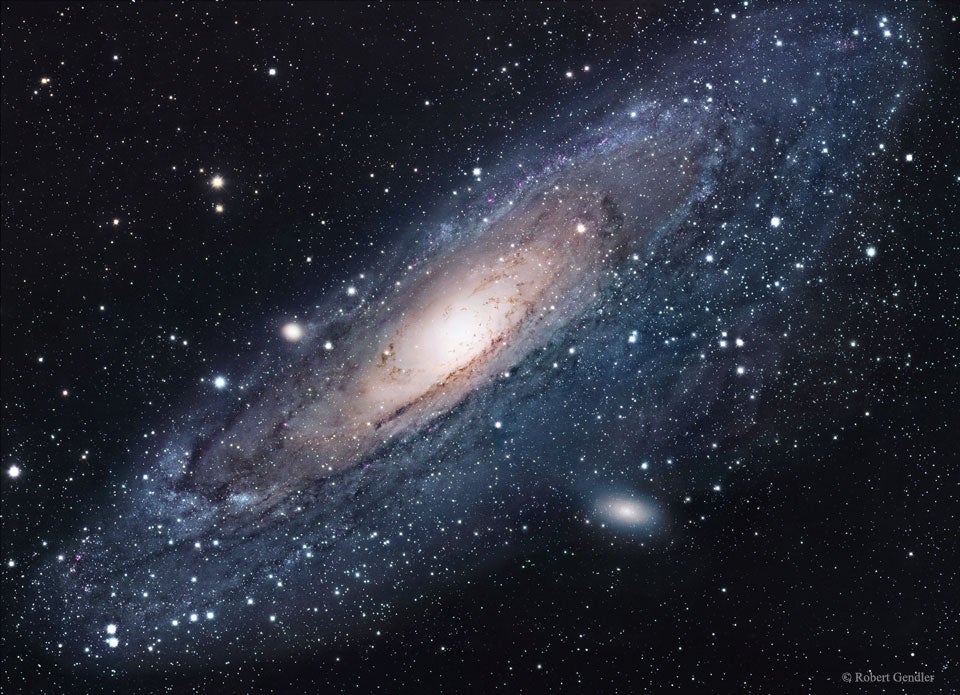 If you look next to the constellation Pegasus, you can see the Andromeda Galaxy with the naked eye; it will look like a round, bright blur. You can get a better view with a small telescope, of course.