This Messy Mass Of Colourful Orbs Shows How Cancer Grows 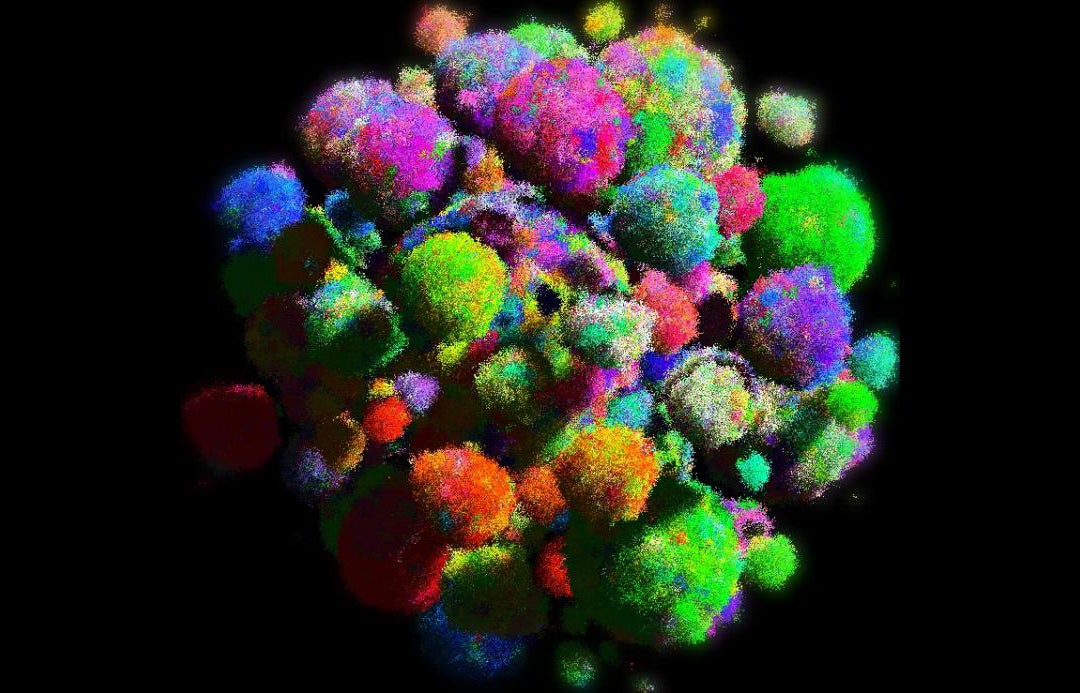 Healthy tissues are like healthy ecosystems: Both are composed of diverse populations. But in tumours a single, malignant cell type often dominates. A new computer model is helping researchers understand why, and it could pave the way to more effective cancer treatments.

Using mathematical algorithms, a team of researchers has developed a new, 3D simulation depicting how a tumour grows from a handful of rogue cell types (represented by different colours) into a malignant mass comprised of millions of cancerous mutants. The model, published this week in Nature, is reinforcing something that laboratory studies have also shown: Tiny movements of cells within a tumour can cause the mass to quickly expand or allow it to rebound after chemotherapy.

A tumour is like an ecosystem whose natural balance has gone totally haywire, where cell types with an environmental advantage flourish uncontrollably. But when doctors blast tissue with radiation, or when they give a cancer patient drugs, they can't usually kill all of the sick cells at once. Unfortunately, the small percentage that survive are often the most drug-resistant, and will quickly move to take over the tumour after treatment.

By shedding light on the complexity of cancer's progression, the new model could eventually lead to treatments that target the most pernicious and mobile cancer cells. It also goes to show that even when we're talking about the ugliest of diseases, science has a way of making the data beautiful.

[University of Edinburgh News via Engadget]