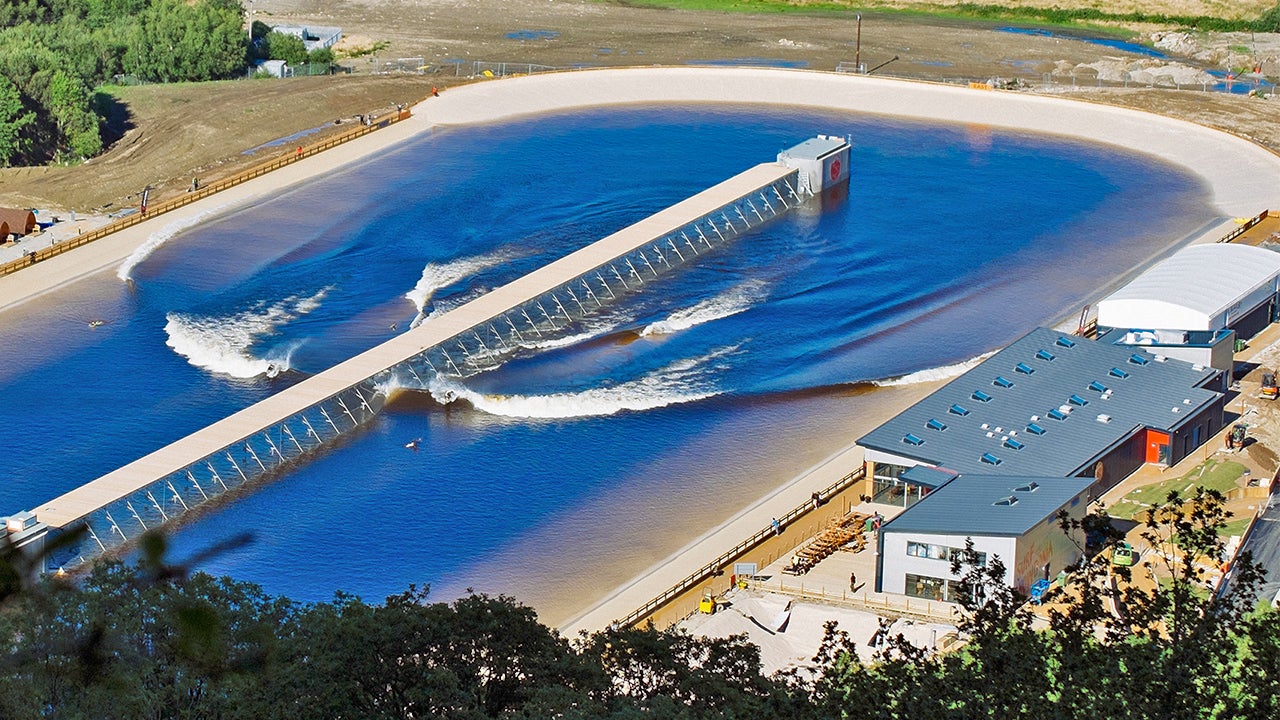 It took almost a decade to construct, but the site of a former aluminium factory in North Wales, England, is now home to a man-made lake that can produce the world's longest artificial waves. If you're a surfer living in the UK, it's time to pack up your VW van and make the pilgrimage to Surf Snowdinia.

Built by a company called Wavegarden, the facility measures almost a thousand feet long and 400 feet wide, and uses an underwater plow travelling along a central track to produce waves as high as six-and-a-half feet that roll for almost 150 metres. The wave also changes as it runs the length of the lagoon based on the contours on the bottom, which helps provide an even more realistic experience for up to 36 surfers at a time.

This technology won't be unique to the UK for long. Even though there are already lots of great natural surfing spots in and around the United States, they're all really only accessible on the coasts. But if you live near land-locked Austin, Texas, you'll have access to a Wavegarden facility in 2016. Nland Surf Park will function exactly like Surf Snowdinia does, providing surfers with artificial waves they can ride for over half a minute — without having to worry about stingrays, sharks, or converting currency to British pounds.