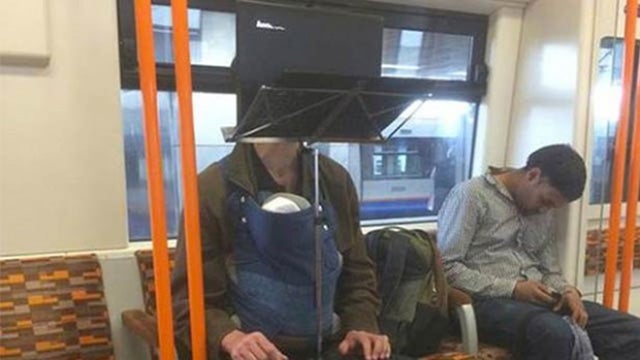 Falling foul of a deadline because your commute to work takes too long? Well, you're just not doing it right. Meet "Techno Dad" (as I've just christened him). Nothing, be it the trials of parenting or public scrutiny, will keep him from his laptop. He is a new Giz office hero.

Snapped on a London Overground train from a Stratford, the mystery lifehacker was photographed by nurse Rachel Pavitt. Techno Dad, wearing a child-filled papoose strapped to his chest, had arranged an elaborate workspace while on the train, using a music stand to raise his laptop up to eye-level, with a detached wireless keyboard sat on his lap. Heaven forbid he plug the laptop in somewhere, too — we know now where that would get you. 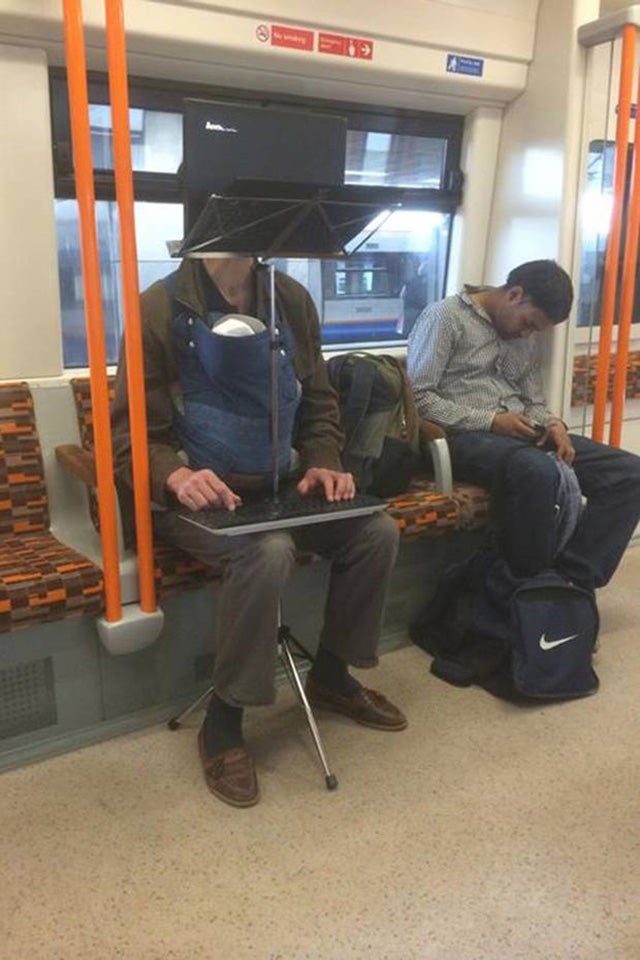 The best bit? At a dire stretch, setting up this frame could be almost justified if you were travelling solo with the baby and had important work to do. Almost justified. But halfway through Pavitt's journey, Techno Dad hands the baby over across the carriage to his wife. The guy just knows exactly how he likes to work, and came prepared at all costs.

We salute you, Techno Dad. [Standard]