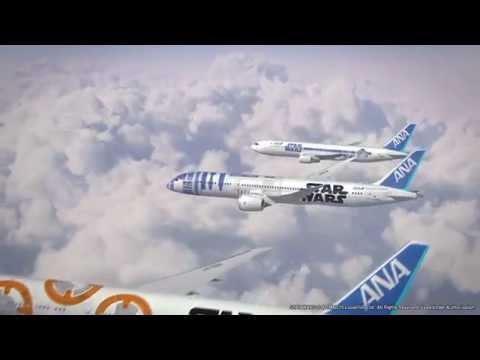 After bravely supporting the rebellion through battle after battle, R2-D2 earned its place on the side of a Japan All Nippon Airways airliner. But besides appearing in a couple of teaser trailers and at a handful of public events, has the rolling BB-8 droid earned the same honour?

We’ll probably have to wait for Star Wars: The Force Awakens to know for sure, but as part of ANA’s ongoing Star Wars project, the Japanese airliner has just added two additional droid-branded airliners to its fleet, included on wrapped in BB-8 livery.

The planes will also serve drinks and food with Star Wars-themed napkins and cups, and come November all six Star Wars films will be available as part of the airline’s in-flight entertainment options. [ANA Star Wars Project via TheForce.net]