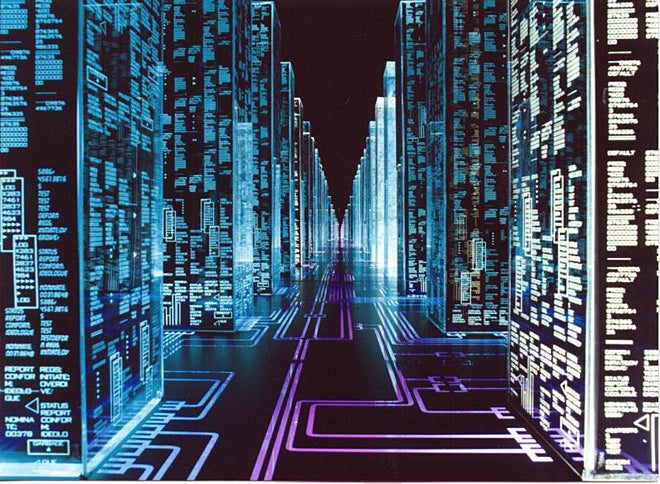 During the debate this evening, presidential hopeful (and former HP executive) Carly Fiorina surprised us all by asking that we "tear down that cyberwall". Especially Russian and Chinese cyberwalls. WTF?

Fiorina's response came after a bizarre question about how terrorists "hide behind cyberwalls."

Can anyone link me to a good explanation of this cyberwall issue?

Luckily Klein's writer Timothy Lee at Vox was on the case (apparently he wasn't kidding, which makes me feel sad and yet happy for him I guess):

Other journalists quickly jumped in with some explanatory photographs.

Then Yahoo News correspondent Alyssa Bereznak and I threw in some additional thoughts.

Pretty soon we had some good suggestions for what to do with a cyberwall.

Hey, why don't we build a cyberwall on the Cyber-Mexican border? I bet that's a lot cheaper than a real wall

Tear down the cyberwall and use it to build the Keystone pipeline!

None of us were quite sure of the origin of the phrase "tear down this cyberwall", but maybe it came from Reagan's famous speech to Gorbachev? Or possibly elsewhere?

"Tear down this cyberwall, Mr. Gorbachev."

Anyway, I hope our fine commentary on Twitter makes you feel better prepared to understand the big issues coming up this election season.