Rainbow Lightning Is A Rare Sight 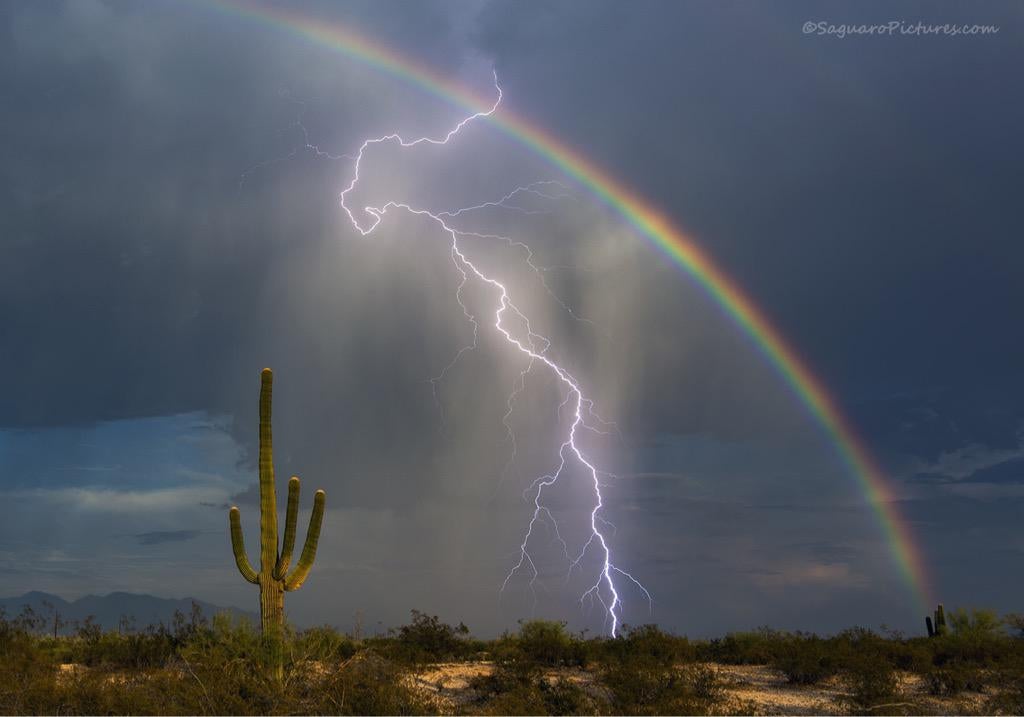 A stunning photo of a rainbow arcing over a lightning strike in Tucson, Arizona took the Internet by storm last week, garnering nearly 4000 retweets on Twitter. And there's a good reason the image went viral: Rainbow lightning is a spectacular — and spectacularly rare — phenomenon.

This evening just before sunset, I finally got the shot I've been trying to get for years. pic.twitter.com/JFJG4vlAb3

Lightning forms when negatively charged electrons in cloud water are attracted to positive charges on the ground. When this charge gradient becomes powerful enough to overcome the insulating properties of the air, it creates a flow of current, and voila, lightning. (Incidentally, the best place to photograph lightning strikes is the desert, where thunderclouds tend to form high up due to drier conditions near the ground).

Rainbows, on the other hand, are an optical trick that happens when raindrops scatter sunlight, separating it into its component wavelengths like a prism. As Live Science explains, the photographer behind this amazing photo had to be standing between the sun and the storm at the precise moment when the angle of the sun hit the raindrops to form a rainbow, and the charge gradient in the air sent sparks flying.

I'm just grateful there are people dedicated to capturing nature's most epic moments and sharing them with the world. Rainbow lightning is officially my new favourite weather phenomenon.